Mike Pence Is Renting the Home of a DC Sports Legend

My grandfather lived there. 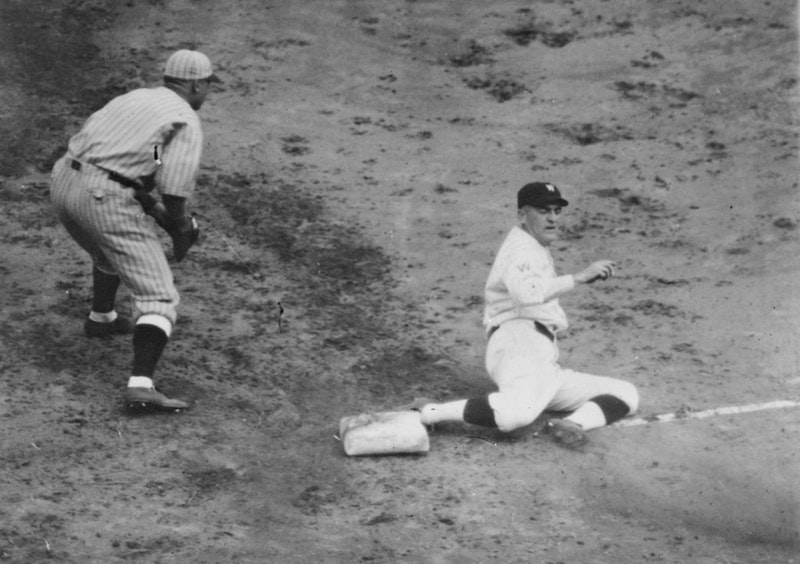 Vice President-elect Mike Pence is renting my grandfather’s old house.  My grandfather was Joe Judge, a legendary (at least in D.C.) baseball player for the Washington Senators.

The house is in Chevy Chase, Maryland, right over the D.C. border. It’s a wealthy enclave of liberal partisans, evidenced by the rainbow flag protests that greeted Pence’s arrival. But I’ll always think of the house as the place my parents would take me and my brothers and sisters to see Grammy, my grandfather’s surviving widow. My grandfather died in 1963, a year before I was born. And while Pence is being protested with lefty hashtag activism so typical of D.C., as a conservative, I welcome him to the place.

My grandfather moved to Chevy Chase, then a new suburb, in the early-1930s, after his baseball career had wound down. Joe Judge played first base for the Washington Senators from 1915 to 1932, 18 years in major league baseball in which he had a .298 batting average, 2352 hits, 433 doubles, 1037 RBI, 1500 double plays, American League fielding leader five times. After retiring he coached baseball at Georgetown University for 20 years.

The same house where Pence will be holding briefings about taxes, foreign policy, and the Supreme Court is the place where Walter Johnson, Bucky Harris, and Babe Ruth used to visit. It’s the place where Gramps made bootleg gin in the bathtub during Prohibition. It’s where we sat on the back porch in summer and every Christmas had the “grab bag,” where Grammy would have all the kids line up and pull a present out of a big green trash bag—handkerchiefs, Hot Wheels, and, of course, baseball gear. My father, the youngest and only boy of four kids, lived on the top floor when he was a kid, in what is really an attic room. His addiction to books led to a prominent career as a journalist for National Geographic.

It’s also the place where a retired Joe Judge would watch baseball on TV, kibitzing about the players screwing u. Some of us believe that Gramps was the inspiration behind the character Joe Hardy in The Year the Yankees Lost the Pennant, a novel by a young journalist named Douglass Wallop that was published in 1954. It changed titles to Damn Yankees, which became a Broadway play and a film in the 50s. During the 40s, Wallop dated Judge's daughter, my Aunt Dorothy. ''That man was my father,'' my father would say whenever Damn Yankees was on TV.

These days, Joe Judge the ballplayer is largely forgotten. That’s because he was the epitome of the gentleman athletes. He was not the kind of player, or the kind of man, who solicited attention. Family, friends, and sportswriters all describe my grandfather the same way: polite, taciturn, unassuming, humble. A 1925 article in Baseball magazine described him as “the sheet anchor of the Washington infield.”

If I had a chance to return to the old house and break bread with Mike Pence, I’d lobby him about getting Joe Judge into the Hall of Fame. In 1959, four years before his death, my grandfather wrote an article critical of the Hall. (Although it’s long been an open secret in the family that the article was actually written by my father, who at the time was a writer for Life magazine) Called “Verdict Against the Hall of Fame,” it was published in the June 6, 1959 issue of Sports Illustrated. It argued that Cooperstown was letting in players who didn’t deserve the honor. “The Hall has lost some of its meaning and much of its glory in recent years,” it read. Players were named who were in the Hall for questionable reasons. Joe Tinker, Johnny Evers and Frank Chance were in simply because of the poetic ring of their double-play combination—Tinker to Evers to Chance. Tinker’s lifetime average is .264, Evers’ .270. The article pointed to catcher Ray Schacht, lifetime average .253, and shortstop Rabbit Maranville, who never hit over .300. The essay then criticized the growing tendency to favor players with more personality than talent: “To be a credit to the game of baseball, a man need not have got off a record number of wise cracks or assembled a record number of feature-stories. There are a lot of colorful palookas.”

Actually, maybe Pence might not be the right guy to lobby for me, as his new boss is a bit of a colorful palooka. My grandfather died in 1963, when he suffered a heart attack while shoveling snow at the Chevy Chase house. One obit called him “the Senators’ all-time great first sacker.” The protest flags may be flying in Chevy Chase and the secret service taking notice, but when I drive by all I see is Joe Hardy inside, watching the Washington Nationals and talking back to the TV.