Mickey Mouse Will See You Dead

I’m uncomfortable with my newfound racism, but I guess I’ll have to get used to it. 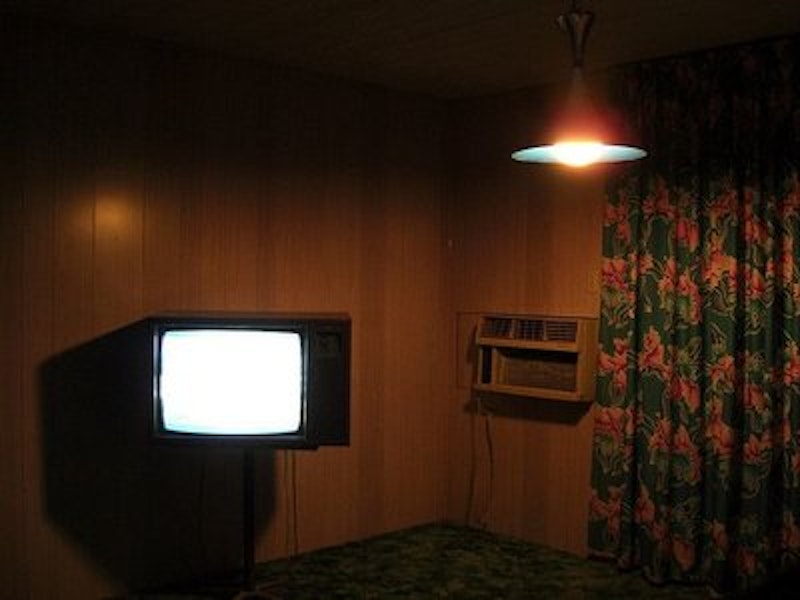 Gainesville, Florida is a great little town. It has its own aquifer, and the tap water is vastly better than in the rest of the state. It’s the second highest point in Florida, at 151 feet above sea level. It has its own power, it’s off the state grid. The police force is professional, restrained in approach, polite and disciplined. It’s a college town, so downtown can be raucous when the students are there, but I live on the outskirts and rarely leave the house, so that doesn’t bother me. The one big drawback is summer.

The summer months in Gainesville are ghastly. It’s in the center of the state, a two-hour drive to the Gulf of Mexico on one side or the Atlantic Ocean on the other. In the absence of shore breezes, the air in summer feels like hot syrup. The temperature rarely dips below 90, and the humidity is unendurable. It’s like a sauna full of mosquitoes. Last year nearly killed me. According to 23andme.com, I am 100 percent European (2.6 percent Neanderthal), with my nearest DNA relatives clustered just below the Arctic Circle in the general vicinity of Finland and Norway. I’m not bred for tropical climates.

My adoptive parents are both dead, thankfully. I should’ve killed my father while I had the chance. I retain contact with my adoptive family (on my batshit crazy mother’s side) through my cousin. She’s 71, widowed, and she’s thanklessly functioned as a full-time caretaker for her mother, who’s been dying at a glacial pace for the past few years. My aunt is coming up on 100 years old, practically deaf and nearly blind, her entire body crumbling around the pacemaker some enterprising doctor stuck in her chest at age 92, presumably to keep the revenue stream flowing from Medicaid. Gerontology isn’t as lucrative as oncology, but it’s got to be close. It’s looking like she might check out this summer, and I figured I could be of some use here when it finally goes down. I’ve got some friends here in the Northeast that I’d like to see, and Daisy and I definitely needed some time apart, so I packed up the car and headed up to New Jersey for the Fourth of July.

I headed up Route 301 through the quaint backwater speed traps of rural Florida and encountered a vicious squall, a blinding torrential rainstorm that had me hydroplaning at 40 mph. Luckily, there was nobody else on the road. It cleared before I hit I-95 North just outside of Yulee. I went as far as Brunswick, Georgia, where I stopped for the night at a Quality Inn. It’s getting harder and harder to find a smoking room, and my habit extends well beyond cigarettes. I always carry a can of Febreze on the road. Febreze covers a multitude of sins.

Smoking was not an issue, but sleeping in was. I’d left a wake-up call at the front desk for 8:30 a.m., figuring to take advantage of the free breakfast before it shut down at 9:30. I needn’t have bothered. Some moron scheduled a dumpster pickup for 7:15 a.m., an ungodly hour to be making that kind of racket when people are paying to sleep. I flew out of bed in my boxers and flung the curtains open, uttering vile curses at the empty parking lot. Then the housekeeping crew arrived, arrogant street-shitters who never heard of soap peeking in my window and banging on my door.

I threw the door open and roared “FUCK YOU! I’M NOT LEAVING UNTIL CHECKOUT TIME! FUCK YOUR ANCESTORS AND FUCK ALLAH! MICKEY MOUSE WILL SEE YOU DEAD!” That did it. They fled. I took my time showering and getting dressed. The Weather Channel calmed me down a lot, like it always does. The weather looked good. I smoked a joint, dosed the room with Febreze, packed up the car, and went to breakfast: a bagel with a schmear, some scrambled eggs and bacon. The front desk was profusely apologetic when I checked out. “Fire them now,” I said. “It’s only a matter of time until some Afghan veteran with severe PTSD and a Glock in his bag shoots them all. Who needs that?”

I headed north to South Of The Border, just south of the border between the Carolinas, always a favored stop of mine. It’s very J.G. Ballard, a slightly decrepit quasi- theme park from the 1950s with all manner of souvenir weirdness, a reptile zoo, some rides, and a lot of decent rooms. When I asked for a smoking room, I was informed that the only one available was a “King’s Suite,” costing me about half again what a budget room would. The parking lot was practically empty, but I didn’t feel like arguing. They claim to have WiFi, but it’s only in the lobby. It’s got a choice of restaurants. I smoked a joint, knocked back a couple of beers, and hit the Sombrero for a light meal. I prefer the high-end place, the Peddler Steakhouse, but was travelling on a low budget. I already felt ripped off, and tend to get a bit tight-fisted when I’m stoned.

I was aiming to make Fredericksburg, Virginia by the next night. So far I-95 had been pretty good, but Virginia drivers are horrible and I knew that would change. Shortly after I entered Virginia, some kamikaze twatwaffle decided to bypass a slowdown by racing up the shoulder at 70 mph, and then I hit Richmond. I-95 cuts right through Richmond in one of the most hellish stretches of highway this side of the 215 Beltway around Vegas. The speed limit drops to 55 on this stretch, but there’s no space for a cop to pull anybody over and nobody slows down. It’s a white-knuckled bumper-to-bumper free-for-all at 65-70 with cars jumping on and off the city exits. I’m definitely finding a way to avoid it on the way back this autumn.

I was pretty stressed and needed a joint and a beer, so I only got as far as Doswell, a bit south of my target. I checked into the Motel 6, where I was informed that the only smoking room available was what passes for a luxury suite at Motel 6, once again priced at half-again the cost of a simple budget room. A pattern emerges. The goddamned room was bigger than the apartment I ditched in Manhattan back in 2005. It had two sofas and a big stuffed chair, as well as a bed fit for a five-person orgy. It reeked of Febreze, especially the sheets. No desk or table. Grumbling, I stuffed the fridge with beer, lit up a joint, and zoned out in front of the Weather Channel.

The final leg of the trip was pretty calm. Traffic came to a halt approaching DC, like it always does. Some people get frustrated by that shit. Not me. I like it. I thrive on it. It’s also a perfect metaphor for DC itself: it moves like molasses in January. It sped up a little bit for a while, and then slowed to a crawl again around Baltimore. For about 30 seconds, I thought about dipping into Baltimore to see the Splice Today crew, but Baltimore is 70 percent black and I don’t need that shit in my life. I grew up in Camden, NJ, a city that Baltimore would be wise to take a good long look at if it aims to avoid the same fate. It’s probably too late.

Just for added suspense, the “check engine” light came on about 50 miles before my destination in New Jersey. It’s a retired cop car, a Crown Vic P71. They’re notorious for that. The engine sounded fine, so I stuck to the slow lane and got where I was going. It’s good to be back in Jersey, what with the End Of The World coming up and all. I’ve got enough weed to last me until October.

I originally intended to dip into NYC for a visit and see some old friends, but that ain’t gonna happen. New York City is literally a trainwreck these days, and the violence there is off the scale. I’m pretty certain that I’ll never set foot in New York City again. At least the trains work in Philly, but I’ll never go there again either, owing to rampant violence. I don’t want to die at the hands of some retarded “dindu nuffin” hoodrat with a bug up his ass about white people. I’d prefer to die quietly in bed. I’m uncomfortable with my newfound racism, but I guess I’ll have to get used to it. The reality is that black lives obviously don’t matter at all to black people, and neither does anybody else’s. I don’t hate them. I just don’t want to be around them. They’re tragic. I prefer comedy.

I’m going to roam around the Pine Barrens and hit the Shore. I’ve been looking at room rates in Atlantic City. Caesar’s has some pretty sweet deals. Smoking isn’t an issue in casinos. Somehow, large amounts of cash flow negate the harmful health effects of the dreaded second-hand cigarette smoke. I don’t really gamble, but I do play a mean game of poker. I’ve got some friends I’d like to see in Pennsylvania, Rhode Island, and New Hampshire. I’m overdue for some LSD. Maybe that will help. Everything smells like Febreze now.