There’s no public sculpture more common than the coins in our pockets. 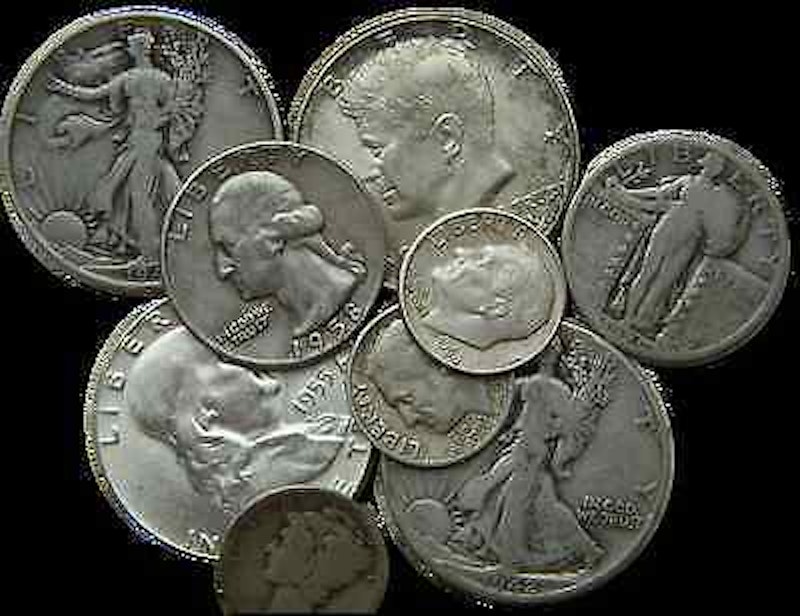 Public sculpture fascinates me as the mirror of society’s ideal, the image of what we hope we are as a people, and there’s no public sculpture more common than the coins in our pockets.

In 2009, the world’s most common public sculpture, the Lincoln cent, was changed for the Great Emancipator’s bicentennial. The Mint was happy. Collectors and speculators gladly paid $8.95 for a two-roll set of the new coins (worth $1), which went on sale on February 12, 2009 and sold out within a month. And, so far, few have complained about the new reverse design, which represents the Kentucky log cabin at the Abraham Lincoln Birthplace National Historic Site. That cabin is itself a representation, not even a reproduction, of the original cabin.

In 2010 and beyond, the Mint issued yet another reverse, the Union shield, “emblematic of President Lincoln’s preservation of the United States of America as a single and united country.” So there were five new designs, each issued by the mints at Philadelphia, Denver, and San Francisco (each mint’s coins has a special mint mark, P, D, and S, respectively), creating 15 new varieties for the delectation of collectors within less than thirteen months.

The original Lincoln cent, designed by Victor David Brenner, reflected the genius of the sculptor and of President Theodore Roosevelt, himself an aesthete, who forced change on the Mint bureaucracy of his day because he found the coinage of the United States unworthy of a great republic. It still is. One would like to see a little more variety in the heroes represented on our coinage and paper money, who largely represent the men considered great half a century ago.

Surely John F. Kennedy’s reputation has undergone re-evaluation since he replaced Benjamin Franklin on the half-dollar in a moment of national grief. Walt Whitman, George Gershwin, George S. Kaufman, Jonas Salk, Earl Warren, Eleanor Roosevelt, Ronald Reagan, Frederick Douglass, Sojourner Truth—the list of possible alternatives to the present set of political icons on our coins and currency (the present ones largely date from the New Deal or Fair Deal, with the exception of JFK and the modern dollar coins that seem to be used only for change from vending machines, in transit systems, and at the Post Office) is almost limitless.

All this brings to mind something I thought about while emptying my pockets the other day. In 1997, I was taken to a Broadway revival of the musical comedy 1776. In one scene, Paul Michael Valley, who played Thomas Jefferson, briefly stood in profile, silhouetted against an open door. Some suburban housewife in the next row murmured to her neighbor, “He looks just like the guy on the nickel.” Indeed he did.

Anyway, while putting my pocket change on the dresser, I noticed one of those odd nickels struck by the Mint to commemorate the bicentennials of the Louisiana Purchase and the Lewis and Clark Expedition. The obverse looked like the Man in the Moon. Of course, the head was still Jefferson’s, but the image had changed.

The Purchase itself was commemorated in 2004 by adapting the design of Jefferson’s Indian Peace Medal for the reverse of the five-cent piece. The Indian Peace Medals, a British tradition continued by the Americans after Independence, were large, attractive silver medals awarded by the United States to Indian chiefs or other important men on such occasions as major conferences or the signing of treaties. Intriguingly, this custom reflected the European tradition of exchanging decorations after such events, which the United States has otherwise never adopted.

In place of the King appeared the current President, and on the reverse, in Jefferson’s case, appeared two clasped hands, the one to the right with a metal wristband such as frequently worn by Indian chiefs, and the one to the left with an army officer’s braided cuff, all beneath a crossed hatchet and inverted peace pipe. The medal also bore the words, “Peace and Friendship.”

Many of Jefferson’s medals were given to Indians during Lewis and Clark’s expedition from St. Louis to the Pacific Coast between 1804 and 1806. They are mentioned in the Expedition’s Journal as among the articles taken for presentation to the Indians. On August 1, 1804, the Journal records the gift of a “First Grade” medal and flag to a “Grand Chief;” medals of the Second Grade to lesser chiefs; and of the Third Grade to inferior chiefs. Certificates to accompany the medals were also issued, such as one surviving in a California collection that refers to “the special confidence reposed by us in the sincere and unalterable attachment of War Charpa the Sticker, a Warrior of the Soues Nation, to the United States…”

Later in 2004, the Mint issued yet another five-cent piece with a reverse featuring one of the Expedition’s flatboats, driven by both sail and poles, like a Mediterranean war galley.

In the spring of 2005, the year of the coin I found in change, the Mint had doubly changed the coin. The obverse bore Jefferson’s face with the word “Liberty” in script. The reverse adapted one of the Mint’s most popular designs, James Earl Fraser’s Buffalo nickel of 1913-1938.

Over 1.2 billion Buffalo nickels were struck during that quarter-century. They have vanished from circulation. But as late as the 1960s, one still found Buffalo nickels in change, with the profile of an austere Indian warrior on the obverse and a massive buffalo on the reverse.

Fraser’s visual economy in its design is profoundly moving: without a touch of sentimentality, few accessible works of art so powerfully visualize the nobility of tragedy. And his commanding, virile bison dominates the design of its coin.

But as is often the case in the Mint’s modern adaptations of older designs from a heroic past, the modern buffalo, despite its unequivocal masculinity, lacks confidence. It seems almost cringing, standing, somehow off-balance, on a small, sloping patch of prairie, fenced in by the words “United States of America.”

In the fall and winter of 2005, the coin was changed yet again: the Man in the Moon obverse was coupled with a new reverse, a view of the Pacific Ocean with a quote from Captain Clark: “Ocean in view! O! the joy!” The minor irritant here is that Clark, whose writings betray a libertarian, if not Shakespearean, attitude toward standardized spelling, had written “Ocian.” The Oxford English Dictionary includes “ocian” among its citations. Nonetheless, the Mint used the conventional, rather than the accurate, spelling used by Clark. According to CNN, when questioned about this, a Mint spokeswoman answered, “We didn’t want to confuse anyone into thinking we couldn’t spell.” Again, a lack of confidence, this time in the reality of what Clark had put on paper.

The following year showed the most unusual change in the design. Even as Monticello returned to the reverse, the obverse had Jefferson gazing at the viewer in one of American coinage’s first full-face designs. This is unusual for a technical reason. Coins first show signs of wear on the highest point of the design. The traditional profile tends to wear gracefully. But a full-face design tends to wear out nose first.

The most notorious example of this was the Copper Nose coinage of England’s King Henry VIII. By the 1540s, Henry was running out of money due to his personal and public extravagance. He both raised taxes and debased the coinage, transforming the nominally silver shilling to a copper coin that was dipped into a silver nitrate solution which, through electrolysis, left on the coins a thin wash of precious metal.

Instead of a conventional profile, the new coins bore the King’s facing image, executed with surprising candor, bearded and repellently bloated. Even a little wear on the coin’s highest relief—which with a facing portrait is the nose—revealed its copper core. As the wash wore off the most prominent feature—Henry’s nose—it became reddish brown.

Such a sobriquet will not be attached to Jefferson. His coin is silver-colored metal all through. But I find the full-face design off-putting and unattractive. Thankfully, the Mint thereafter returned to the customary profile, with Monticello on the reverse. Virginian Members of Congress insisted on it.