My Life for Elon Musk

Long hours as tribute to the wealthy. 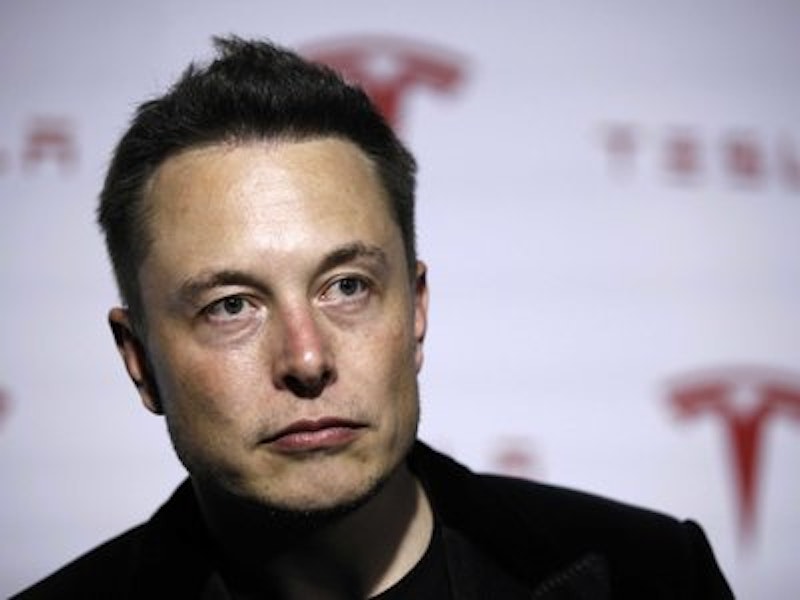 Vance doesn't find it ridiculous that Musk is cussing out his employees for having a life. On the contrary, Musk's statement puts Vance in mind of other "visionaries" like Steve Jobs or Howard Hughes. Working all day isn't exploitive or unreasonable in Vance's view; instead, it's a sign of determination, grit and genius.

It's not just Musk and Vance who think that working every waking hour is virtuous. Americans in general celebrate those who chain themselves to their desk. In his successful 2008 book Outliers, Malcolm Gladwell toasted a 12-year-old named Marita, who attended a KIPP school, rising before six, going to bed at 12, and spending basically all her time doing schoolwork. "… a belief in work ought to be a thing of beauty," Gladwell gushes.

If so, America is getting more and more beautiful. Americans work an average of 47 hours a week; twenty percent work 59 hours a week. Americans work more hours than any other Western nation. That change occurred relatively recently; up until the 1970s, Europeans and Americans worked about the same number of hours. It's only in the last 50 years that Americans have pulled ahead, so that they now work as much as an hour more a day than people in comparable countries.

But is that work really paying off? Most research says that the answer is "no." One Boston University study found that employers—like Musk—couldn't tell the difference in productivity between workers who put in 80 hours a week and those who just pretended. A 2014 study at Stanford found that employee productivity per hour starts to fall after 50 hours, and drops precipitously after 55. As a result, workers who put in 70 hours a week don't accomplish more than those who work 55. Researchers at the Finnish Institute of Occupational Health have found that long hours increase stress, depression, and heart disease.

Longer hours mean rising insurance costs and no real increase in productivity. Musk's insistence that workers put the company first, and his effort to hire people without family commitments, may also be related to his companies’ culture of sexism, which has garnered much bad publicity and could result in costly lawsuits. Hard-charging CEOs like Musk who equate hours with commitment are actively damaging their own companies.

Or at least, not for any reason tied to the business' mission statements. Musk's companies like Tesla and Space X are supposed to have high-minded goals. Tesla develops electric cars, is committed to reducing pollution and weaning the US from Middle East oil. Space X wants to develop the technology to take humans to Mars, ensuring the future of the species. This is why Musk feels justified in asking employees to work long hours; he's trying to Save Humanity. Yes, attending the birth of your child is important, but is it as important as Saving Humanity? Maybe you feel like you need to spend a bit longer than usual on the toilet, but think about Saving Humanity, and then reassess that dump.

Research indicates that shortening your dump or skipping your child's birth won't actually Save Humanity. But it will reassure your boss, Elon Musk, that the work you're doing is extremely important. The push for more and more hours isn't about productivity; it's about hierarchy. Employees set fire to hours, days, years of their lives in order to offer them on the pyre of executive self-importance. Workers filling the office on Saturday assures Musk that he is strong and virtuous—or, at the very least, that he and his goals are the most important thing in the lives of everyone around him.

Americans like to think that theirs is an unusually non-hierarchical society, in which all people are equal, and all can advance through grit and hard work. But our country's galumphing inequality suggests otherwise. Grit and hard work aren't a way to advance to the top of the heap. Rather, they're tributes to the king. Employees bend to the yoke not to draw the plow, but simply so that Elon Musk and his ilk can watch them grovel.