Our century is defined by Man vs. Big Data, with its backroom heuristics and its preferred forms of pattern recognition. 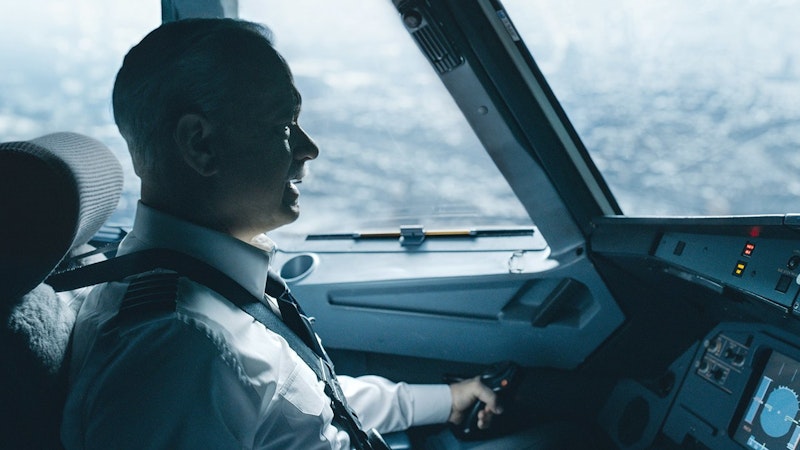 Sometimes, it’s both fun and profitable to remember that Michel de Montaigne was interested in more than mere self-expression; along with writers like Niccolo Machiavelli and Ralph Waldo Emerson, he was a pioneer of the genre we now call “self-help.” His essays are both a performance of the wisdom and practical skill that can be gained from reading books, and a book that offers wisdom whenever Montaigne feels bold enough to deliver some.

In his essay “A Trait Of Certain Ambassadors,” Montaigne is asking one fundamental question: what makes a good manager? He starts out by assuming—or, rather, by appearing to assume—that the most important trait in any subordinate is obedience. Then he makes an about-face:

“On the other hand, however, one might also consider that such constrained obedience belongs only to precise and stated commands. Ambassadors have a freer commission, which in many areas depends in the last resort on their judgement; they do not simply carry out, but also by their counsel form and direct their master’s will. I have in my time known people in command to be reprimanded for having obeyed the words of the king’s letters rather than the demands of the situation they were in. Men of understanding still condemn the practice of the kings of Persia, who gave such minutely detailed instructions to their agents and lieutenants that in the slightest matters they had to have recourse to these instructions; so that the resulting delay, in so vast an area of dominion, often did notable harm to their affairs.”

Montaigne then turns on his original example of a wise master who demands obedience. Crassus, whom he initially praises for whipping a consultant who showed good (but insubordinate) judgment, now gets the back of Montaigne’s hand: “And did not Crassus... seem to consult [his servant’s] judgement and invite him to interpose his opinion?”

Montaigne ends there, having achieved a wonderful definition of good management: whenever possible, consult your subordinate’s opinion and invite them to interpose theirs. It’s not a question of being indecisive or unschooled in matters that require a command. The term Montaigne uses for well-supervised ambassadorships, which are granted “a freer commission,” is slightly antiquated now, but his meaning shines through. Today we might say that it’s prudent to determine, and allow, every professional adequate scope. Remember what it was like to call customer service agents 10 years ago? Unless you asked to speak to a supervisor, and then made some kind of monetary demand, there was almost no way to get a refund for inadequate service or malfunctioning products. Now, after some kind of quiet revolution spread virally by consultants, every peon in a call center can issue you a $10 refund just because you aren’t happy. This is a good for everyone. Perhaps there’s reason to believe that one day being called a “team member” or a “sales associate” might be as meaningful as it sounds.

Then again, perhaps not. As I re-read Montaigne’s essay, I thought immediately of Sully. It’s that rather overlooked Clint Eastwood film where Tom Hanks plays Chesley Sullenberger, a US Airways pilot who saved everyone on his flight by making a water landing in the Hudson River. In a brilliant leap on the screenwriter’s part, the film is only secondarily concerned with the heroics of the landing. It’s primarily about the investigation that followed, where Sullenberger was put on trial for landing in a river instead of returning to LaGuardia. His entire career and his family’s well-being was at stake, and his only crime was exercising good judgment at the expense of his airline’s insurance claims. With incredible resourcefulness, Sully comes to his own defense by grasping, and then demonstrating, the wrongheaded assumptions that enabled both computers and stand-ins to make successful airport landings during simulated re-enactments of his flight.

One key moment in the film concerns the use of computers in these simulations. Although Sully eventually forces the supervisory authority to use real human pilots, he’s lucky to get that dispensation. Even when the human pilots do strap-in, the denatured circumstances (i.e., the fact that they’re basically playing an expensive video game) encourage them to act like computers themselves. The simulation is built up from such an overwhelming data dump of computerized information that it’s impossible for Sully’s inquisitors to see everything they’ve missed.

In other words, Sully is not just a film about a smart pilot. It’s a new category of drama altogether. There’s Man vs. Himself, Man vs. Man, Man vs. Nature... and, in our century, Man vs. Big Data, with its backroom heuristics and its preferred forms of pattern recognition. In the 2016 presidential election, both Russia and the Democratic Party leveraged big data; who used it better is obvious in retrospect. The irony of our era is that Russia’s hackers benefited from, in Montaigne’s terms, having “a freer commission” than the Democratic Party’s prime movers. The Russians theorized, and then helped bring about, Donald Trump’s victory—an extreme outcome that the blizzard of data proved could happen. (Meanwhile, even days before the votes were cast, Nate Silver and his team at FiveThirtyEight were sleepily calling it for Clinton.)

The data-rich environment in which we’ll spend the rest of our lives appears deterministic. In fact, it’s more radically un-determined than any previous foundation for knowledge. Achieving a balance between providing clear guidance, and granting one’s subordinates sufficient freedom to act, is more critical than ever, now that computers are always ready to provide the people in charge with those reassuring conclusions—the ones, I mean, that we’ve unwittingly programmed our digital oracles to reach.