I wasn’t really alone. Not really. 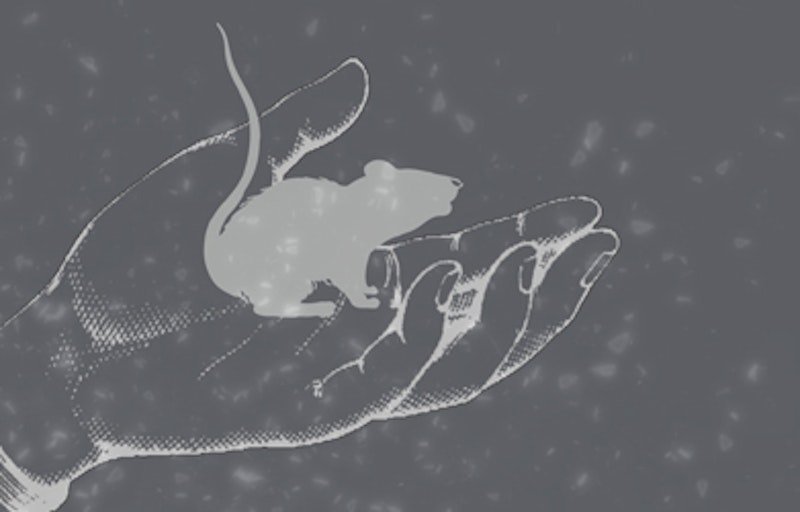 Since June I’ve rented a cottage on Tilghman Island to write a novel. This week, the novel will be finished. This past weekend was my final full marathon of writing. It’s been the most unique six months of my life—a true journey of self-discovery. Of learning to finish what you start.

It’s also been the most alone I have ever been. Weekends away from my family meant going to sleep alone, waking up alone for the first time in my life. I’d never lived alone before; was married right out of college to my high school sweetheart.

So here I am, alone, in this beautiful waterfront place where the sun sets over the Chesapeake Bay every day, and the night is so dark you can see every star in the sky. Sea glass hunting, catching and cooking my own crabs, and picking up The New York Times from the country store where my copy is reserved have all been part of the charm.

Only I wasn’t really alone. Not really. I have an unintended pet. He is a little brown mouse and his name is Steinbeck. “Of mice and women,” I always tell him, when I’m cleaning up his little mouse droppings.

I caught him once; it was the weekend of the hurricane. A humane trap, of course.  The cottage owners had bought it. He squeaked and squeaked all the way down the cottage steps, and I let him go right under the outside stairs, so he probably dashed right back into the garage. I only caught a glance of him that time, to see he was brown and tiny and adorable.

He’s nosy. His droppings were always in the same trail: the kitchen counter, my bedside table near my book and face moisturizer and sleeping pills, and for some reason, just a few under my bedcovers, like he snuggles up there during the week when I’m not there and pulls the covers up to his mouse chin. Not a creature was stirring.

I left him almonds; they were all I had to leave. I don’t eat much at the cottage and what I do eat is made at the country store. My refrigerator contains the following: eggs, bacon, bacon grease in a Ball jar for cooking the eggs, Jack Daniels, iced tea made from decaf tea bags bought at the country store, and coffee and ice cubes in the freezer.

This weekend, the very last before I type the words “The End” on this novel that consumed most of my life for much of my past year, I got to meet him for the first time. I woke up Saturday morning, made coffee and eggs and bacon as I always do, then sat down in my orange vinyl 1970s recliner (I call it the “Archie Bunker”) to write. I wrote for three hours, so the only sound in the cottage was my MacBook’s keyboard.

And suddenly there he was. He came out from under the kitchen table and was going about his mouse business until I saw him, and stopped typing. The silence apparently startled him, and he stopped. He’s very nervous. He looked at me. I looked at him. He pooped. I literally scared the shit out of the poor little guy. His poop is the color of almonds now. I said, “Hi, Steinbeck,” and he ran under the oven.

After a few minutes, when he’d heard the comforting keyboard sounds again, he came out. In my peripheral vision I saw him scurry through his usual routine. He apparently chews tiny pieces from the small area rag rug in front of the sink to take back to his nest, though he takes only the pieces that are tucked along the edges, so as not to ruin the rug or be noticeable.

I went to the store and bought him cheddar cheese, because I knew that after this weekend, I wouldn’t be back to give him almonds anymore. I worry he’ll be hungry, and I worry about the 10 foot snake that lives in the abandoned cottage right next to mine.

But mostly, I worry he will be lonely.