Meditations in There Will Be No Miracles Here

Casey Gerald’s memoir is infinitely more valuable than a book about the secrets of Wall Street. 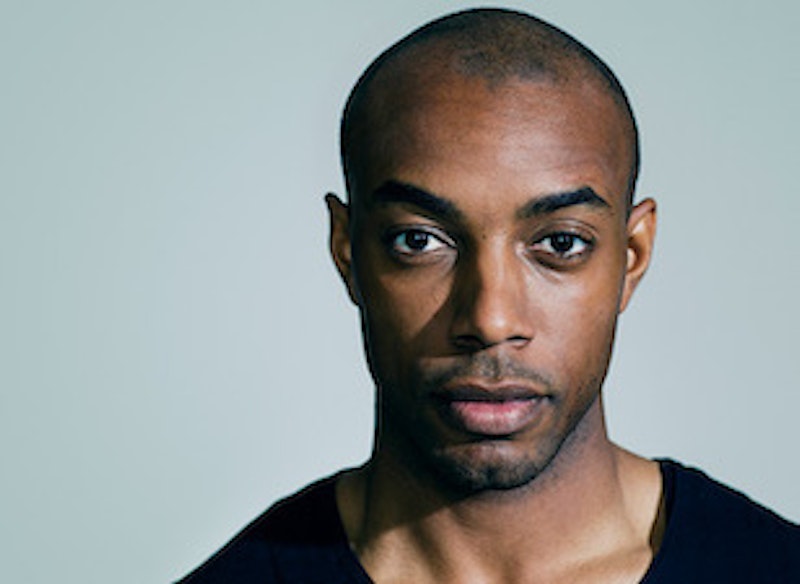 A memoir’s an odd thing. It’s impossible, or at least difficult, to know if it’s entirely true. Impossible, or at least difficult, to know the real reason it was written—or if there was a real reason. Best to ignore that, and focus on the experience. Is what the book says convincing? Is it pleasurable? In either case, good prose goes a long way to justifying the book.

Which brings up Casey Gerald’s recent memoir There Will Be No Miracles Here. Gerald’s a gay black man from a poor Dallas neighborhood who became a football star at Yale. Graduating with an MBA, he founded MBAs Across America to help fund start-ups—then disbanded it. Gerald had begun to doubt the success narrative that he seemed to embody. There Will Be No Miracles Here is a searching examination of his life in this new light, challenging the idea of the lone great figure who pulls themself by their own bootstraps out of nothing and into excellence.

Gerald’s father was a football star as well, and his grandfather an influential pastor of a megachurch. Greatness was never unfamiliar to Gerald and in this book we read how, driven and competitive, he attained a level of greatness for himself—only to realize attaining it had shaped him and hurt him more than he’d thought along the way. It’s a compelling story, a bildungsroman, if you like, but with a kind of twist at the end as the bildung turns out to have been driving the lead character in the wrong direction.

Gerald keeps to a mostly chronological overall structure, but with frequent digression. That works because the prose is lyrical, poetic in the best sense: terse, epigrammatic without being self-indulgent, fluid in its rhythms and unexpected without being baffling. It is, word for word and sentence for sentence, one of the best-written texts of any kind I’ve read in some time.

Part of that comes from Gerald’s willingness, if not eagerness, to portray himself in a bad light. He shows his weakness and venality as needed. Most memorable are moments and choices he now sees as weakness that seemed to him at the time they happened as strength. And indeed may have appeared to most people as strength. That’s part of his point: that the idea of what’s strong is often harmful to the self.

There’s a whiff of the repentant sinner here, emphasizing the magnitude of their sin. There’s nothing wrong with that in a literary sense, and self-criticism is not a bad habit in general. The trick is not to take it too far, and Gerald manages that.

The overall structure is a little unbalanced. There’s a lot about Gerald’s childhood here. One can intellectually appreciate that he’s examining the habits that sank deepest into him because he was taught them at a young age, but it’s still excessive, as though the material’s stretched too thin. It’s possible that part of the point is that what’s most interesting about someone may not be their apparent glory years. But the first third of the book doesn’t generate much forward momentum.

Other than through the prose, which drives the book on. Still, the paradox here is that Gerald avoids writing in detail about football stardom and academic achievement, or at least avoids the sort of detail one would expect—and while this is a good and strong choice, that’s the time of his life that has the most interest to it. Someone in college has more agency than in high school, and the nature of memoir involves an examination of the way by which one grows into one’s maturity. But more different things were going on in Gerald’s life after he started at university than before, and his perspective is arresting.

His discussion of the secret societies of Yale, for example, and by extension the way Yale builds ambitious men and women into leaders, is fascinating. The traditions by which the aristocracy of America raises their young to wield power, and the way those who wish to wield power make sure to attend the right educational institution, is described both from the inside and the outside—described with just the right amount of estrangement, bringing out the surrealism of the Ivy League.

All this is infinitely more valuable than a book about the secrets of Wall Street or a reflection on ways to live the good life. This is a book about Gerald seeking out brotherhood and intimacy of various kinds, and realizing that the habits he thought he had to cultivate in order to succeed tended to drive him away from those things. That observation sounds banal, but the development of the idea across the book is nothing of the kind. The reflections and lessons here are genuinely engaging, and I’m not sure how many people only a little past 30 would be able to write a book filled with such convincing if slightly inchoate wisdom.

This is a book less about success than failure. It’s not about how to get on in the world, which is what one expects to read in a book by a successful young MBA, but rather a meditation on how the higher you rise in the world the more you die inside. Gerald repents of success, perhaps, if only because he’s grown skeptical of the social system that defines success. If the book can be believed he’s working his way free of that system, and writing the book’s a part of that. The success is that regardless of whether it’s true, it’s convincing; and regardless of whether you’re convinced, it’s stunningly well-written.