My vanity’s taken a hit. 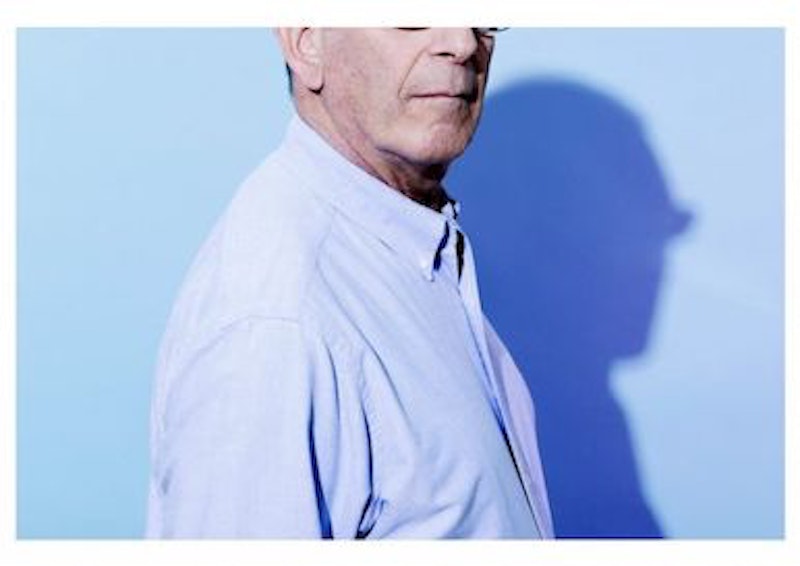 I'm sure they're out there somewhere, but not on the bestseller lists: the memoirs of male menopause, self-help for the broken down psoriatic with wrinkled balls, the guys' I Hate My Neck or Women Rowing North. In some ways, this is a substantial advantage for my gender. We’d sneer at one another, and women and children would sneer at us, for saying we hate our necks, so we don’t say we hate our necks. We do, though. Damn, I've blown my gender privilege right there.

At 60, I think about aging all the time, as a challenge to my vanity (such as it was), as the moment when whatever professional success I've had is all the success I'm likely ever to have (or in other words, where my assessment of myself as a failure has become unavoidable), and as entailing that I'll never play another game of pickup basketball, among other things. It tracks you year by year, day by day: can I still swing an axe, or should I? Can I still kick your ass in a political argument? People decline at different rates at different times; I'm feeling a bit precipitous.

When I see young men springing about like gazelles—bouncing up a flight of stairs, for example, or casually plucking an item thrown at them from the air—I want to tell them to enjoy it. I didn't know how much pleasure I was experiencing as a young male body; I have retrospective pleasure in just imagining it from the inside. I can still feel the way I moved then; I still move that way in my dreams. But as I stumble out of bed and shuffle to the bathroom (again), my left knee hurts. My right shoulder. My lower back. My feet. I know, I'm whining like a little bitch. But I’ve resolved to whine for the course of a column, and still have my manly faculty of resolve. Or I did a few weeks ago, anyway.

I was never a competitive athlete. I'm a shrimp: 5'7" and 145 (before the waist started thickening in my 40s). I had the strength of a little dude and the vertical leap of a white boy. But I was also an exercise fanatic. Every day, I'd go to the gym and throw weights around with enthusiasm, or jump rope or shoot hoops until I just couldn't, anymore. Looking back on it, I'm not sure this was the best long-term formula. These knees have earned their aches. I still work out, but I have to force myself (before, I yearned to or needed to). I lift so little weight now, concentrate on no impact whatever. It hurts, and it's getting less year by year; it would be easy to trace my physical decline precisely if I’d kept an exercise journal.

If it's like this for me, it must be excruciating for great, or even really good, athletes. This is hard for Crispin Sartwell. What must it be like for Michael Jordan (who's 56), for example? There was something about Jordan's relation to his body: all of it appeared to be simultaneously, perfectly under his conscious control, as he loped up the court, rose into the air, double-clutched, and jammed the ball through the hoop.

Jordan's body did what he wanted it to do: his physical fantasies and physical abilities coincided perfectly, at each moment, whereas even on my best day I felt myself trying to force my body to do something, continuously coming short of my own visualization. If working out and playing basketball ground my joints down, I imagine that playing hundreds of NBA games might be worse (at least Jordan didn't play football, which often destroys magnificent bodies pretty rapidly or instantly, though I did see him play right field for the Birmingham Barons). I feel myself to be losing something precious, or something fundamental to being myself, but I can’t imagine what Jordan feels, as it slips away day by day. He's got other stuff that makes life worthwhile, I hope. But I also envision him experiencing the gap between how he knows he can move and how he actually can move as an unspeakable loss.

It's that feeling that Nora Ephron and all aging female memoirists report, looking at themselves in the mirror: is that me? Really, I still find it hard to believe that that is my neck, that these are my hands. Women don't flirt with me very much anymore; I didn't realize before that they were.

Now, here's why I'm not going to do the full-length male aging memoir: because if I go on from here I start to focus closely on the psoriasis that defaces my shins. I start to moan about my "boggy" prostate, the prospect of further decline in various arenas. (Though I do want to emphasize that I had good sex last night. Thanks, you-know-who-you-are.) A woman can write stuff like that and come away with enhanced self-respect and a reputation for courageous honesty. For a real he-man such as I once took myself to be, it's just pitiful.

But next week I'll kick your ass with a political argument.