The Montaigne Project 3: on idleness. 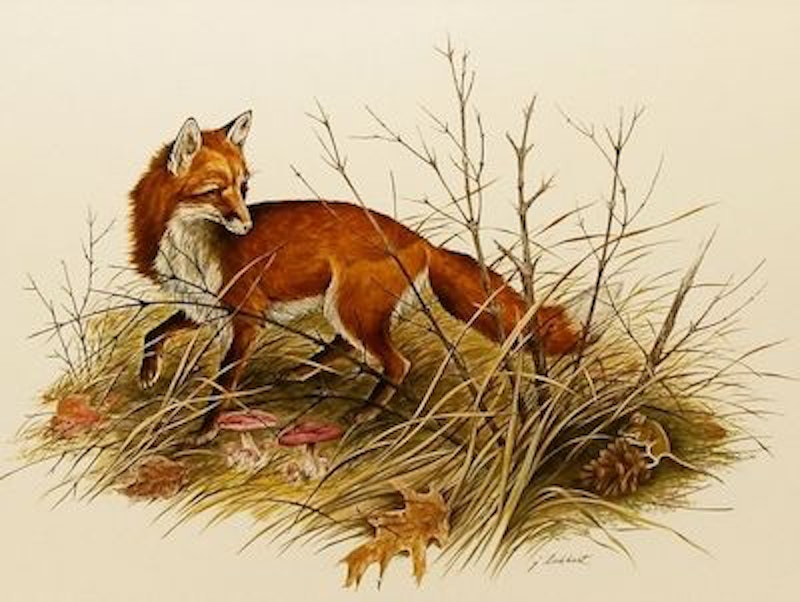 There is a line among the fragments of the Greek poet Archilochus which says: “The fox knows many things, but the hedgehog knows one big thing.” —Isaiah Berlin, The Fox and the Hedgehog

If you ask people whether they’re foxes or hedgehogs—and this is still a fairly common practice at graduate schools, which are starved for gossip—almost everyone claims to be a hedgehog. (Similarly, if you ask people about junior high school, you’ll find out that nobody was ever popular or surrounded with friends.) It’s possible that Berlin was trying to be agnostic about the poet’s divide in his original treatise, since he places William Shakespeare and James Joyce among the “foxes.” Its legacy has glorified the lowly hedgehog, with his dearly bought pearl of systematic knowledge. Who wants to be a fox? He’s an intellectual dilettante, drifting from one field to the next, accumulating facts like so much lint. His ideas are “connected, if at all, only in some de facto way.” He’s a flash in the pan.

This question presented itself to me forcefully this spring, when I began teaching a new set of courses. In my elective course, a cluster of students who love crime stories inspired me to assign Sherlock Holmes, NBC’s Hannibal, and True Detective. For my independent study, with a would-be astrophysicist, I ordered The Elegant Universe and began preparing lessons on string theory. I was teaching Shakespeare in freshman English, as usual. I defy the reader to detect a common thread.

This is the very matter that concerns Montaigne in “On Idleness.” He gripes that, “Unless you keep [minds] busy with some definite subject that will bridle and control them, they throw themselves in disorder.” I suppose I could claim professional exigencies when explaining what I’m teaching right now, but that’d be half a lie. My Kindle library is equally littered with eccentric inquiries, and “one big thing” is nowhere to be found.

Meanwhile, my parents came to visit Long Island. My father, a professional writer who always thought he should’ve studied math, brought Jordan Ellenberg’s How Not To Be Wrong with him. Ellenberg’s book is about the principles of mathematical reasoning, and the clarity those principles can bring to practical debates in a huge range of other fields. I downloaded another copy from the library, and talked to him over dinner about the role of statistical graphs in American debates about Big Government.

Everywhere I go, I seem to run into books like Ellenberg’s, which try to introduce laypeople to some abstruse topic (e.g. calculus) and to singlehandedly knit back together the tattered, disputatious array of specialized “fields” that currently divide the pursuit of knowledge at our places of higher learning. Before this, I was reading Consilience, by the entomologist E. O. Wilson. That was preceded by The Beginning of Infinity, courtesy of David Deutsch, a physics professor at Oxford. The point is hard to miss: everyone thinks the educated readers of today lack the intellectual scope they ought to have gained at college. The hedgehogs are out in force, eager to demonstrate that knowing “one big thing” can be a craft with many ports of call. In this way, they imagine, we will start to remedy those terrible modern ills: insular thinking and broader ignorance.

But I’m a fox. I don’t have a larger system in my pocket, into which I might expertly fold everything else I come across. I have nothing invested in the claim that reading Shakespeare will somehow make you a better mathematician or citizen. Generally speaking, if somebody wants to be a model Jeffersonian citizen, I don’t recommend Shakespeare—I recommend actually reading the voter supplements that arrive in the mail before you vote. I worry that my disordered mind would have disappointed Montaigne. (Not to mention Alexander Pope, who famously wrote, “A little learning is a dangerous thing.”) Then I watched Clint Eastwood’s movie Sully. “You’ve left out the human element,” Captain Sullenberger tells his inquisitors, after they try to embarrass him with bogus simulations that ignore the realities human pilots must face. Something clicked. The same thing’s happened here, with this new and burgeoning field of interdisciplinary heroism. For all their good intentions, Ellenberg and Wilson and Deutsch are kindly explicators, arriving on the scene after decades in the cloisters, ready to stoop to whatever small words will let them sketch out the big ideas that (so they say) apply to everything. Whatever revolution they thought might follow in the wake of this effort, however, never did arrive.

Of course it didn’t. Academic over-specialization is a complicated malady with no easy solution. Turning the tide back would require vast monetary investments in higher learning, without earmarks. I’m not holding my breath. But at bottom, the academic enterprise isn’t just a matter of Enlightenment principles of reality testing (Deutsch), or mathematical system-building (Ellenberg), or ways of solving problems with disparate applications (Wilson). It’s a kind of conversation between people, one that strives for objectivity, originality, and elegance. The pursuit of knowledge is really the idea that two people, or 20 people, can discover and confirm more in dialogue with each other than they ever would alone. This is why experiments must be reproducible, why journals are peer-reviewed, and why nearly everybody who wants to do research also has to teach.

When I went back to my Kindle library, and took another look, there wasn’t a single book in it that didn’t bring some conversation to mind. My mother grew up in Sag Harbor, where John Steinbeck eventually settled, and never stopped wondering who was who in The Winter of Our Discontent. A close friend from my hometown got me interested in The Elegant Universe after he left to study the findings of radio telescopes in Antarctica. My copy of Roxane Gay came out of the attempt I’d once made to enter the vitriolic, dramatic world of discussions in the “feminist blogosphere.” And The Collected Works of Percy Bysshe Shelley only appeared on my shelf after my friend in New Haven convinced me that Shelley wasn’t a blowhard.

Being an intellectual isn’t simply a question of covering one’s bases. It is also a certain way of living and being with others—or, at least, it’s the attempt at this style of life. There will always be hedgehogs who show up one day with their big insight in tow, eager to know what’s related to it or standing in its way. But there will also be those of us who cut short awkward pauses with the question, “What are you reading?” And, by implication, we’re willing to set aside our other projects to take a closer, cordial look. I leave you with the graph, by Dr. John Watson, concerning the intellectual achievements and limits of one Sherlock Holmes.

5.              Botany.—Variable.  Well up in belladonna, opium, and poisons generally. Knows nothing of practical gardening.

9.              Sensational Literature.—Immense.  He appears to know every detail of every horror perpetrated in the century.

Watson adds the following postscript: “When I had got so far in my list I threw it into the fire in despair. “If I can only find what the fellow is driving at by reconciling all these accomplishments, and discovering a calling which needs them all,” I said to myself, “I may as well give up the attempt at once.”

The answer to the riddle, of course, is “crime,” because most of the people Holmes knows are criminals. But there is no one among us whose libraries and archipelagoes of understanding are not also something else: the record of those rare, unparalleled, and memorable conversations that punctuate our lives, kindling within us some new curiosity about the world.