The new Speaker’s travails held no interest for me, despite Doomsday Clock warnings from the most Trump-blinkered opinion columnists. Also: George Saunders, though not in same mud puddle as Dana Milbank, strikes out with Liberation Day, belittling as he does the “little people” (who pay taxes). 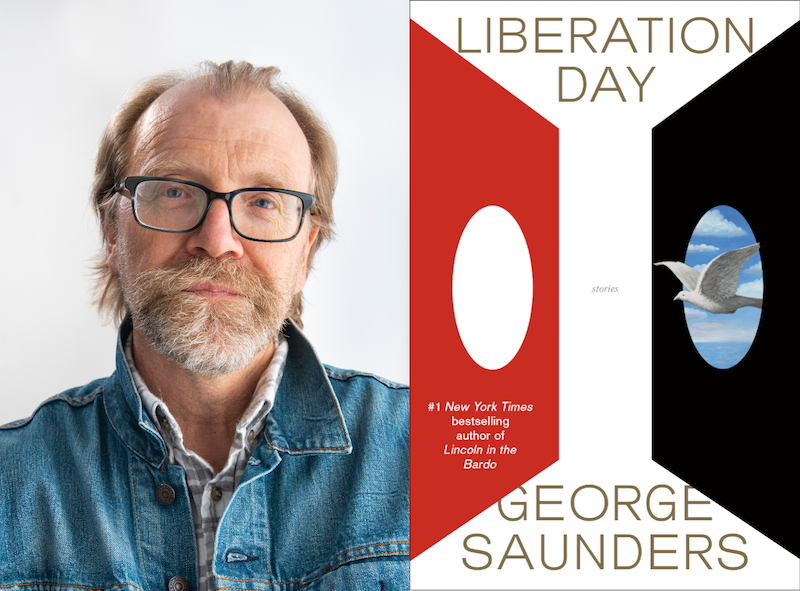 Last week was filled with decisions. When to take down the Christmas tree, for example, 90 minutes of aggravation, not only for the dry pine needles that puncture (thin skin!) my hands, but the lack of excitement that’s present upon placing the ornaments in just the right spot on Dec. 18th. My wife lobbied that we take care of the chore last Sunday, but I bought another week of procrastination, and if “the luck of the Irish” is true to the spirit it might stretch to two. I also considered blocking out two hours to call credit card companies that’ve unfairly penalized me for late payments, as if I have any control over the USPS. I declined on that option as well, for even in a dead week—I’ve often thought the new year doesn’t really begin until around Jan. 15th—there are limits. Medical appointments—dentist, dermatologist, optometrist—were scheduled.

I made good on a self-promise to clean up my office—gathering duplicates of books and CDs for donation—as well as putting aside excess clothing for a charity drive underway by the dry cleaners we use, the excellent Glyndon Cleaners. And whether or not to finish George Saunders’ latest collection of short stories, Liberation Day—I did, even though the title story was a bomb, George showing off his punctilious skill at wordplay, a grandiosity that rendered his Lincoln at the Bardo unreadable. Saunders, now 64 and the recipient of almost every award in the literary world, plus MacArthur and Guggenheim fellowships, is one more example of a gifted writer laid low by Donald Trump madness. Even in two stories I liked on first reading, “The Mom of Bold Action” and “Mother’s Day,” there’s a mean-spirited tone, the prose larded with fat people jokes, “ordinary people” jargon and the feeling that Saunders, comfortable teaching creative writing at Syracuse University, would never, ever, associate with the characters. I was reminded of Bill Clinton’s rambunctious adviser James Carville’s comment in 1994 when his boss was dogged by philandering charges: "You drag $100 bills through trailer parks—there's no tellin' what you'll find.” The final story in Liberation Day, “My House,” was more to my liking, humming along until it ended abruptly, as if the author said, “Enough. I’ve got another best seller here, no need to pad it out.”

But ignoring the Kevin McCarthy House Speaker balloting—that’s what passed for controversy in the year’s first week, even more than the solemn, crocodile-tears remembrance of J6—was an easy choice: why would I waste time on a procedural process that means almost nothing? I’m four-square—not at all uncommon—behind my friend Crispin Sartwell’s assessment of the left-wing hysteria over McCarthy and GOP House members. I didn’t escape it entirely, catching snatches—is that word allowed anymore in polite or impolite society; I’m not sure since Twitter slapped its “sensitive content” warning on my tweet touting Dick Turner’s latest Splice Today story, which was weird since there was nothing racy about it, although it turned out it was first name, “Dick,” that occasioned the wrist-slap—of liberals enjoying McCarthy’s “angst,” which is completely fair, and the bonus was that I saw the word “schadenfreude” only a dozen times or so. (Politics as recreation is legit: back in 1994, I greatly enjoyed watching the midterm thrashing of the Democrats, and wrote in my New York Press column “MUGGER” that I alternated gulps of Perrier and sips of Grand Marnier while watching the bloodletting unfold, which caused a saddened Richard Goldstein the Village Voice to wonder, “When did the alternative press become conservative?”

What was irritating—a mild word—was reading The Washington Post’s damaged Dana Milbank (and Crispin spanked that hack’s ass black and blue) column about the week-long drama, a drama that was about as interesting as whatever’s posted on the apparently-failing Mastodon social media platform. Milbank—whose bio at the end of his column says “[Milbank] sketches the foolish, the fallacious and the felonious in politics”—stood apart from his (still) NeverTrump confederates by taking the fleeting intra-party skirmish very, very seriously, because he’s very, very serious about the continuation of democracy, the “buzz” phrase that one hardly ever saw during the weird and privacy-elimination Bush (and Obama, can’t let Bruce Springsteen’s best friend off the hook) years. Milbank wrote, in what one hopes, but likely in vain, was a vacuum: “No doubt some took pleasure in the Republicans’ pain. But as a longtime reviewer of political theater, I found nothing enjoyable about this performance… [McCarthy’s] was the most pyrrhic of victories. To save himself, he sacrificed the Congress itself. The saboteurs won.”

Milbank went on to whine that because of the one-week delay in tapping a new House Speaker that Congress was unable to function, unable to swear in new members and make speeches about proposed bills—not that the observer of the “fallacious” in politics would favor any GOP-introduced legislation, but it doesn’t matter because the Republicans “sacrificed” the House of Representatives. Milbank’s no plagiarist—he’s too enamored of his own words—but he’s definitely a fabulist, as in dishonest, for telling his readers, repeatedly since 2015 when Trump took over his brain, that the United States is on the brink of disaster, 11:59 on the Doomsday Clock. Perhaps he needs a reminder—before he’s given a buyout offer from Jeff Bezos, who apparently is no longer so keen on his Post acquisition (could it be that Amazon’s current, but probably not lasting, problems, have Bezos not wasting time on ancillary projects?)—that Joe Biden is still president and Democrats control the Senate. Meaning, at least to sentient political chowhounds, that the “the saboteurs” that McCarthy made concessions to for “legacy” concerns, won’t be able to get anything done in the next two years. That’s positive.