On my 10-year high school reunion. 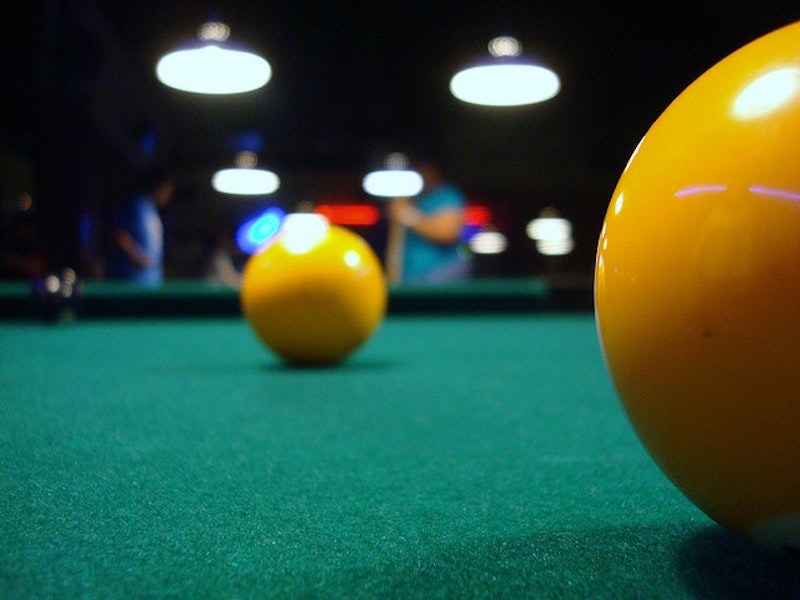 From the back window I can see her dancing in the parking lot. It’s raining now and the guy she's with has given up on trying to get her in the car. He’s in the driver’s seat talking to someone on the phone, gesturing angrily, and still she’s dancing. “Brown Sugar” is playing on the jukebox but she’s so out-of-step with the rhythm she must hear something else, or maybe she’s just that drunk.

Brad comes back with two beers and points out an old guy at the bar who’s turned around, talking to some girls in the booth behind him. “Check this out,” Brad says, and I hear the old man explaining that he doesn’t have a phone—“Damn company cut it off!” There’s a pay phone on the corner though, near his apartment, so he can call them, he just needs a number. “I have a car. I can take you out, take you to Golden Corral. You can eat all you want!” He’s wearing dirty suspenders and his beard looks soppy with beer. I guess you don’t need a phone if no one’s calling.

Neither one of us lives in Hagerstown anymore, but Brad and I make a point to come here whenever we’re back in town because it was our preferred shithole bar back in our early 20s. There’s been two or three new owners since then and the only difference is they’ve closed off the upstairs. Everyone used the bathroom up there to smoke pot and fuck. There’s still a different $1 draft every night, which really worked out seven or eight years ago because Brad was always paying the tab. The pool table is still just decent. Out back there’s an old church where I almost got arrested once because I set off the alarms in the sanctuary garden, stumbling around, drunkenly yelling, “I need absolution!”

Brad and I have met up early to have a couple of beers before walking a few blocks to the VFW for our 10-year high school reunion. We never had a five-year reunion because the girl we elected to organize it spent all the bake sale and pep rally money, something like $5000, on drugs—or that’s the rumor anyway. Someone says her name and I don’t recognize it. Almost everyone here still lives in Hagerstown, or nearby. One girl has, for reasons I can’t understand, flown in from Seattle. I’m only here because Brad’s here.

Brad and I spend most of the night talking to each other, though there are some surprises. One guy I remember as a total jock asshole now has dreads and a kind of Dharma Bums philosophy—he tells me about drifting around out West, taking up odd jobs just to get state-to-state. He hikes a lot. “I’m just trying to take it all in, you know?” He actually says that—take it all in. Another guy shows up looking like 1970s Bob Seger and introduces everyone to his girlfriend and his boyfriend. I ask if they need a fourth. He laughs and before he can say anything someone else is already talking to him. One girl I remember as quiet and adorable is now extremely loud and, thanks to three kids, about 50 pounds heavier. Almost everyone is married or owns a house. One’s a DA, one's a gym teacher, one owns a construction company.

None of this is surprising, except in that mundane "life, man..." kind of way. It's what happens. We're in our late 20s and I don't get sentimental about how I used to work at Foot Locker. Mostly I think about all the compromising shit I know about some of these guys. Listening in on some of these conversations makes me wonder if I'm doing something wrong. Apparently I'm old enough that I should know something about mortgage refinancing, but everything I own still fits in the back of my car, just like the day I left college six years ago.

Out front, Brad and I smoke a cigarette and talk about his wedding. My dad warned me earlier that the VFW was in the "bad part of town," and of course I laughed because I live in Baltimore. Across the street though a couple of black girls get into a fight—yelling and kicking and slamming each other into parked cars—which must happen pretty often because at no point do the cops show up. Brad asks me if I'm going home tonight and I have to ask him, "My parents house or Baltimore?" because I'm still never sure.