The unemployed need to be allowed to remove the mask of positivity. 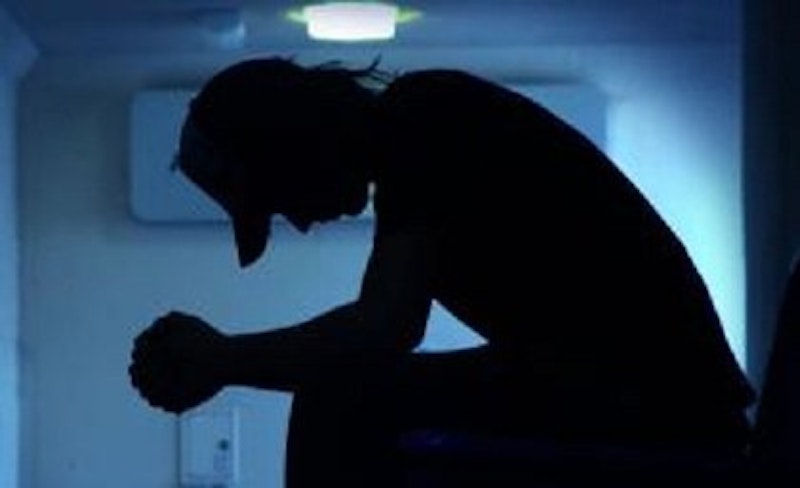 It’s that way for the long-term unemployed, or the under-employed for that matter because let's be clear, taking a minimum wage job just to have some kind of income is still not employment for the standard white collar worker now occupying the unemployment lines.

The most common advice given to the job seeker is “keep a positive attitude.”

“It’s for your own well-being.”

“You need to be careful of the impression you give potential employers.”

“Don’t be so pessimistic.”

“Every lead is a good one; every interview is step in the right direction.”

All of this is true. You can't allow yourself to become mired in stress or suffocate as the black hole sucks you into the vortex of despair. But, is there a place where feeling takes precedence over pretense?

Having a positive attitude is a double-edged sword. Losing a job is hard. Even if you didn't like your career, the sudden change from employed to jobless can be devastating. The loss of income alone is a staggering blow, but it’s only the start of the pummeling. There’s the right hook: vanishing work-sponsored health insurance, which forces you to accept a “market plan” that you may or may not be able to afford even with a subsidy. There’s the upper cut: the loss of a natural social network that leaves you shockingly alone with too much time in your head. Then the sucker punches: the daily rejection that contributes to depression and anxiety.

And this is just during the early days of unemployment, when much of your time is dedicated to learning the ropes, navigating the system and understanding the ins-and-outs of current job search trends. For the long-term unemployed, permanent emotional and psychological damage is a very real threat. You may think that's overly dramatic, but think about it. Short-term stress is known to contribute to mood swings, lack of concentration, interrupted sleep patterns, inability to solve problems and challenges within relationships. This is amplified as the stress becomes a constant condition.

Though the experience of unemployment becomes more familiar, the stress surrounding it increases exponentially as time passes. As unemployment benefits come to an end and the job boards are filled with jobs you've already pursued, as prejudice against the long-term unemployed becomes more apparent and even vocalized, the outlook is increasingly bleak and stress becomes chronic. It's at this point the moodiness, irritability, isolation and insecurity turn into anxiety and depression. Even the most basic tasks are challenges, the smallest problems become roadblocks and common day-to-day interactions feel beyond your capacity.

There's a reason torture tactics often involve psychological distress beyond the physical. They focus on isolation, sleep deprivation, degradation, and a general denial of basic personality needs. The profound disruptions to the senses result in psychological damage that is cumulative over time, thus creating "the break."

Long-term unemployment creates wounds on top of wounds. It leaves scars. And the worst scars are in the mind. That is why authenticity matters. Sometimes happy and hopeful are just masks; contentment and enthusiasm are full-fledged costumes. They meet the needs of the onlookers who don’t know what to say or do, who want to “fix it” but can’t. They might as well say, “Stay positive, so I don’t feel the pressure or the failure.” Their powerlessness is just another rock.

Those pebbles were tasks and duties, the day-to-day demands like household chores, picking up the kids from sports practice, being more romantic in your relationship… or looking for a job.  Those rocks were the responsibilities of life and the expectations of family, friends and self. The laws of physics don’t cease to exist beneath a positive attitude. A sustained weight increases, and over time a constant pressure will weaken even the strongest foundation.

Positive thinking and an outlook of faith is a lifestyle for the long-term unemployed, it’s a burden they carry with every resume and interview, but it should never become another expectation or demand. It's counterproductive to insist they stay in denial, to never feel the anger and pain, the depression and loneliness. If they are forced to always wear a mask, they will never recover, they will never rebuild. And that’s what they need the most.