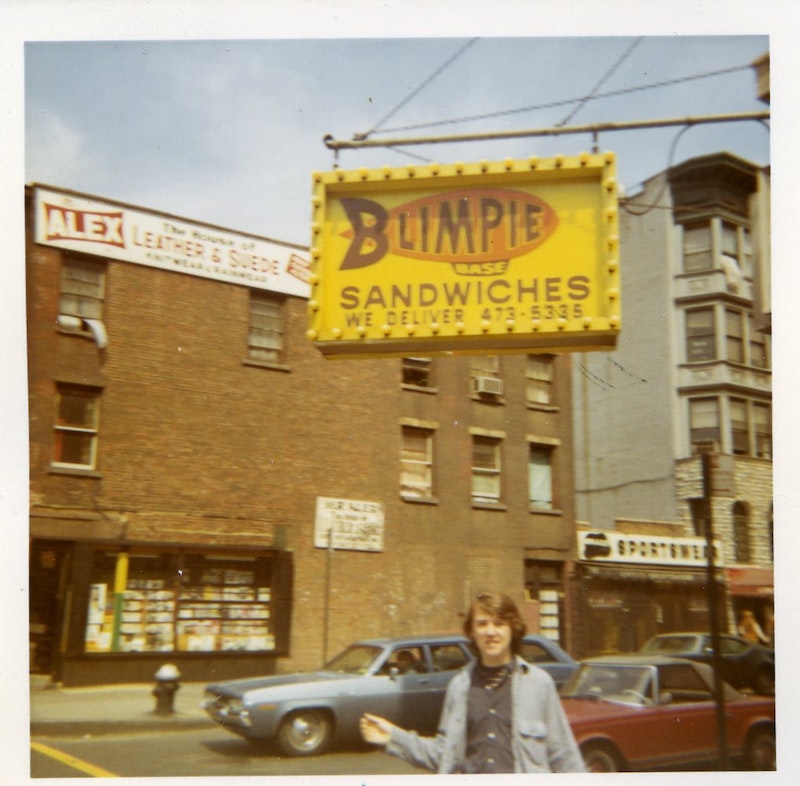 Recently, Splice Today’s high school intern Weezy Foster wrote a short article about her parents’ request that she buy a bong for her cousin’s 21st birthday. She mentioned that mom and dad, who’d apparently dabbled in controlled substances several decades ago, used “antiquated” phrases like “hash pipes” and “joints.” I took that at face value, but upon talking to Weezy, expressed my mild astonishment that she completed her mission by going to the local head shop. Now, those are two words I haven’t heard in a dog’s age; in fact, I’d no idea that such establishments still existed, at least in the format I recall.

When I was a teenager, living in Suffolk County’s Huntington, there were one or two head shops that I remember, in the vicinity of Kropotkin Records, but for the really choice selections you had to take the LIRR into Manhattan (about an hour away) and, ahem, truck on down from Penn Station to the West and East Villages. I began making regular jaunts there when I was 15 or so (1970)—my parents had no idea, assuming I was out for the day playing softball—sometimes by myself, sometimes with friends like Scott Savitt or Tom Demske. I was all business: first stop was the Blimpie’s on 8th St. off 6th Ave. for a tuna hero that, to my untrained palette, was a gourmet meal; walking east, a stop at the Orange Julius for that otherworldly drink; and then a $.25 slice at the pizzeria next door.

Lunch taken care of, we’d stop at newsstands for that week’s Village Voice, Scanlan’s Monthly, Evergreen Review, National Lampoon, Screw, Boston’s Fusion (I already subscribed to Rolling Stone and Ramparts), among other periodicals, and then browse at several of the bookstores that came one on top of the other. If you read books, and most people I knew did, the 15 or so stores were outrageous: the clientele of hippies, freaks, students and tourists from uptown doing a bit of radical chic slumming, all immersed in the stacks, sometimes in heated political or musical debates that even the often-diffident owners or clerks couldn’t control. And the dimly-lit head shops, usually dirty and very casual, were where you’d pick up rolling papers and pipes, and no questions were asked about your age. I suppose that sounds strange today, when chain convenience stores require an ID to buy cigarettes—which was no problem for me back then, when I’d get a pack of Kools from the vending machines that were everywhere—but it was a looser era, if I may understate the facts.

There were other “countercultural” outposts as well, including any number of places that sold lava lamps, anything day-glo, incense, “Fuck the War” buttons and “Draft Beer, not Students” t-shirts. I remember one time accompanying my brother Doug on the 8th St. strip, when he was peddling for consignment his silk-screened poster “40 Soul Dancers” that he completed in one 36-hour stretch as a junior at college in 1968, listening to just one record over and over and over: Jimi Hendrix’s Axis: Bold As Love. I was 13 then, and though a pretty cool kid, it was like landing on Mars compared to the then-sleepy village of Huntington.

Anyway, the last stop on these pilgrimages was usually Freebeing Records right off St. Mark’s Pl. There were a lot of record stores in the area, not surprisingly, but Freebeing was my favorite, mostly because they sold illegal bootlegs, mostly by Bob Dylan or the Stones. It was the equivalent of Berkeley’s Rasputin Records on Telegraph Ave. (which was busted with frequency by the pigs, I mean, cops; Rasputin, and a joint that sold huaraches and electric blue & orange long-sleeve shirts, was a highlight of my first visit to San Francisco in January of ’74, as a college freshman) in that you had to speak the right lingo to get a viewing of the wares. Not much different than a drug deal. I went on a tear (and depleted my savings account), purchasing about 25 Dylan boots, of various quality, colored vinyl and often no list of songs, including the now-released European tour of ’66, and dozens and dozens of “Basement Tapes” songs that never made it on the official ’75 Columbia half-assed version, including the barely audible “I’m Not There (1956),” the song you strained and strained to figure out the words.

Today, of course, most remnants of that era have been scrubbed away, and 8th St., despite a few lingering independents at St. Mark’s, and it’s an unrecognizable amalgam of Starbucks, Subways, Chipotles, NYU housing, chain restaurants, dollar stores and the like—in other words, an anonymous stretch of retailers that are found in any city across the country. All of which really bites, at least to those of us who rhapsodically immersed ourselves in the NYC bazaar of yore, but as is noted nearly every day, it’s an Amazon world now, and as a regular online customer of Jeff Bezos’ aggressive corporation, I’m not in a position to complain. But there’s no harm in the occasional look back at a time when it was really, really fun to be a teenager living close to New York City.