This City Won't Make You New 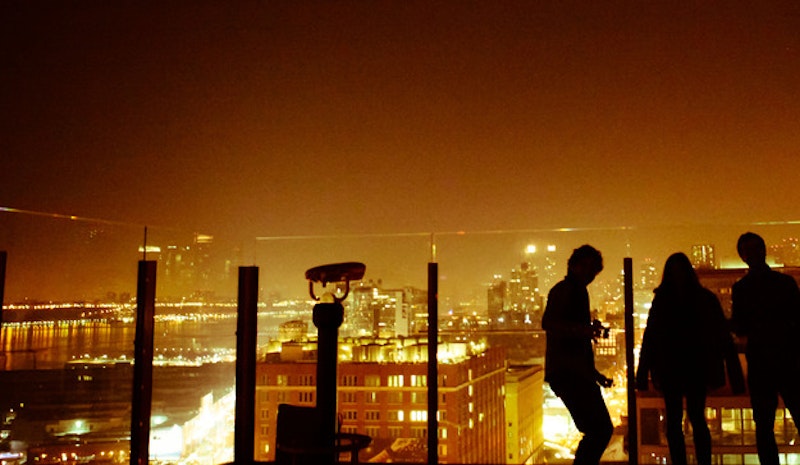 When moving to NYC I was under the illusion that I’d instantly become an extremely compelling person. As if moving 1,000 miles north would suddenly make me see myself in a way that didn’t make me cringe every time I looked in the mirror. When I got off the plane I rode that euphoria for about two weeks. “New City, New Me, Babe!” I wanted to shout to roller bladers in Central Park. I almost got a tattoo of the outline of Florida on my left wrist one of my first weekends here because it seemed exciting and nothing like what Shawn-from-Florida would’ve done. I had the guy cut out the tattoo outline before I stepped outside and asked myself “What the fuck am I doing?” In Florida I would’ve hyperventilated over the idea of deciding to get a tattoo 30 minutes before a needle touched my skin. I was embarrassed to walk back in and tell him that I wouldn’t be getting the tattoo after all.

I just figured people came to New York City and lost their damn minds and did ecstasy at warehouse parties and started on their paths to be who they were always meant to be.

I thought running away to a different city would make me see the world as a less monotonous place. That I wouldn’t get bored in the city because there was always some vegan pop-up to go to in Brooklyn or some crazy installation art exhibit to check out or, you know, the fact there are 8.3 million people living here. I was wrong to think that even seeing homeless men pee on the building next to mine wouldn’t get old.  I recently went to a gay rooftop party on top of the Standard Hotel and rode up in an elevator to a massive outdoor patio with a Jacuzzi and a bar that sold dirty martinis for $20 dollars a pop. I was staring over New York City as a Jacuzzi blasted in the background and felt like I could’ve been anywhere.

I walk about 40 blocks a day but I also eat a bagel from a street cart every morning; I convince myself it balances out. I’m definitely more body-conscious than I’ve ever been before. Last weekend a guy in an acid-washed shirt eye-fucked me on the 1 local train, but I look around every day and see gorgeous men who look like they belong in a GQ spread. I feel inadequate and yet, strangely, validated. It reminds me of a few weeks before I graduated college; I went to a friend’s house to watch a video of a birthday party we’d all attended a year earlier. I eventually made my way on screen, talking and gesticulating with a red solo cup in my hand. I was dressed in a gray hoodie and was slurring my words. My friend sitting next to me at this viewing turned and said, “You’ve lost so much weight, and you look great!” I looked back at the screen and instinctively touched my face to see if it felt full and fleshly like the boy I was watching with the red solo cup full of whiskey. My cheeks had sunken in and although I hadn’t felt myself change, I clearly had. Maybe New York has changed me already, but I definitely don’t feel more interesting.