Look Into My Eyes

Soon I'll be homeless again, and winter is coming. 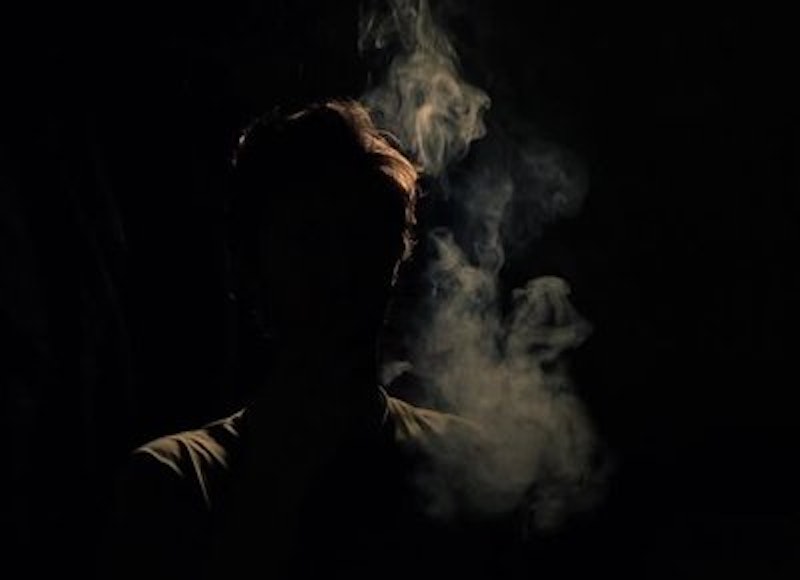 I’m writing this by hand on Monday, November 13th. Of course, I'm wearing sunglasses. Currently I’m homeless, at the mercy of Green Parks House acute ward in Farnborough, Kent. I told one of the staff nurses that it was in everybody's best interest to keep me calm. I don't want to kill anybody (mostly out of self-preservation, since there are some ghoulish institutions you can wind up in if you’re violent on the ward).

I was illegally evicted from my temporary accommodation on the morning of Halloween. "Where are the black boys," one of them said. I sighed. We'd been partying and recording music for so long I was lucky to get an hour's sleep. I spent five days homeless on the streets of London, discovering some of the darkest and most dangerous corners. I had a gun held at my head. I walked on average 14 hours a day, anywhere, everywhere, sleeping on night buses and finding food. Luckily, I did no drugs, otherwise I can only assume I’d be dead now.

Sleep deprivation and stress caused either horrific hallucinations, or, because it all seemed so real, a different kind of world. While I was attempting to contact the moon in a random, haunted park, yelling "I cast thee out, unclean spirit!" a German soldier took pity on me and I gave him my mum's number (she’s fluent in six languages). He told me to walk in circles and ignore the demons, which he said he could see too (probably to calm me down).

I returned to my parents’ flat in South East London, and my mum said she had had a very nice chat with the German soldier. She was head of languages at a top Beckenham secondary school, beloved by her students. Even the borderline computer hacker I met in the secure unit during the 2012 Olympics. "Your mum taught us how to say, ‘Go fuck your mother’ in German," he grinned. My mum denies this, but once confessed that the way Hitler could "scare boys" was why she chose that language to master first. She denies this too, fobbed me off by saying I was manic at the time, but I have a photographic memory, and I'm going to trust my instincts. If mum had been born a man, she would’ve conquered Indochina.

So, another admission, and yet more staff nurses pretending that I haven't written an anti-psychiatry novel SMOKING IS COOL. The title was a response to a line in one of Matt Haig's favorite books, Straw Dogs: Thoughts on Human Beings and Other Animals by John Gray. He wrote dismissively, "Smoking is a habit of the poor." All National Health Service (NHS) hospitals are now smoke-free, you’re not legally allowed lighters or cigarettes anywhere on the ward and you’re searched upon re-entry. This is similar to what Hitler did with diplomatic opponents he knew were smokers. Deny cigarettes for as long as it took to get them to sign anything. Hitler the magician is a concept well documented in the literature on the Third Reich. The chief smoking cessation nurse on the ward smokes herself, I've seen her do it.

"It's our little secret," I said warily.

Haig, one of Britain's most successful authors, fascinates and disturbs me more than any other writer on earth. Yesterday I re-read his self-help book Reasons To Stay Alive (a modern classic for all the wrong reasons). Word of advice to him? Mental illness is most clearly visible in the eyes. I’ve taken four Lorazepam to contain my rage. No doubt I’m now addicted to them.

I was first sectioned under the Mental Health Act of 1983 in November 2002. My novel SMOKING IS COOL was really written as a warning to myself to fully understand how savage and torturous the holes that rebels end up in are, should they choose to go to war with psychiatry. The fact that Reasons to Stay Alive is seen as the final word on mental health recovery unsettles me. Haig has never been hospitalized, never been required by law to take psychiatric medication. I can tell just by looking at his Twitter avi that there's something sinister about his eyes. That he’s accused the far right of appropriating the remembrance poppy indicates a curious agenda, one I’m certain conflicts with my own.

Bad news today. My housing band has dropped from priority B to 4H, and a housing officer told my dad on the phone the best bet I had was to call the Samaritans. They may yet discharge me to a homeless shelter, I think, with the high chance of rape and assault, I'd be better off sleeping on night buses.

At first I had an agreement with the staff that I could keep cigarettes in my locker, but a different staff nurse shouted to keep contraband off the ward (despite other nurses thinking it would be fine). I kissed my crucifix, put on my sunglasses and politely told a nurse that I was having difficulty controlling my rage and could they give me something stronger before I threw the TV out the window? They knew I was serious. I got the Lorazepam and the warm floaty feeling.

Back in 2007 I’d been given a box of Clonazepam, and, after penning a desperate suicide note I took 29 with a steady hand. During the three days of excruciating muscle spasms, drifting in and out of consciousness, I saw a place that I can’t describe and definitely don't want to return to. The reason I gave was the multiple forcible sedations I had had forced on me. It's known in prison as the liquid cosh.

Who can say why I'm not allowed to make major moves into the music, literary and cinematic industries? I’m resigned to eventual posthumous commercial success, which, when I draw up my will, will go solely to my nephew. Many of you (but not all, and certainly not The New Statesman which recently published an article in defense of Nurse Ratched) will agree that the 2008 New Labour smoking ban was the cruelest government policy since the Iraq War. It has decimated working class morale, businesses and lives. It‘s a quiet genocide, sweeping the undesirables into cheap accommodation where they won't bother anybody.

I write with the utmost urgency. I will soon be homeless again, and winter is coming. With my new military outlook, and the understanding that initially we have ideological wars to prelude the violence, I know why they fear and hate me. I know I'm a good person. Just look into my eyes.