The Year of the Purge

It's the only way to be sure. 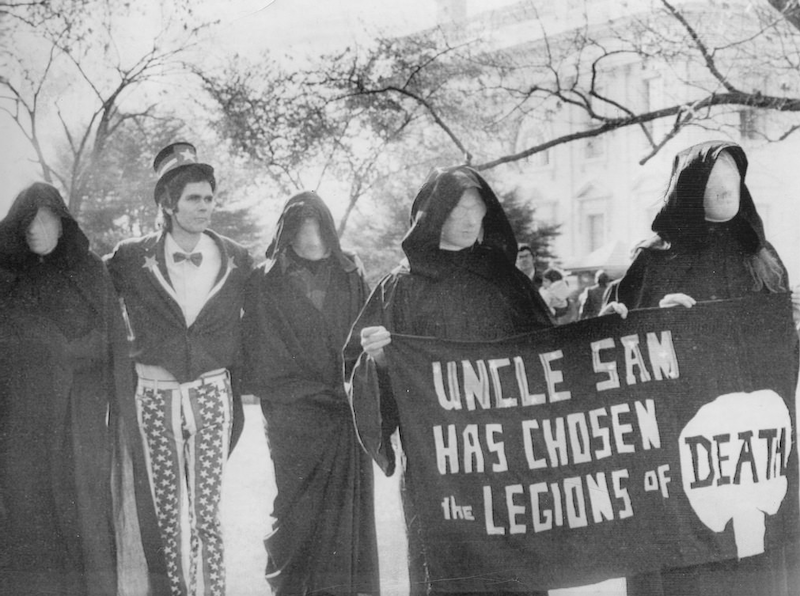 I’m not always a strong badass social justice activist. In fact, earlier this week, I had a meltdown after thinking about all the problems in the world. Between the ever-growing list of sexual predators in Hollywood, climate change getting worse, cops killing unarmed black people, transgender people murdered in the streets, mass shootings, and Trump taunting nuclear-armed Kim Jong-un on Twitter, I feel completely helpless. There has to be a better way, right? What would it take for us to finally fix all the problems in the world?

It depends on whom you ask. Many atheists say the root problem is religion. Marxists say it’s capitalism. Social justice activists say it’s the white supremacist cisheteronormative imperialist capitalist patriarchy. While all three groups make good arguments, I recently realized the root of the problem goes much deeper. To make a radical change in this world, we need to acknowledge the true source of all the problems in the world: humans.

Think about it. Who invented religion? Humans. Who created the white supremacist cisheteronormative imperialist capitalist patriarchy? Humans. Who created capitalism, communism, fascism, and all the other poisonous political ideologies? Humans. From the moment we evolved from filthy monkey men to human beings who can talk, we started fucking things up.

Scientists and philosophers in the past have tried to come up with ways the human race can progress and evolve. Friedrich Nietzsche, for example, famously said human beings are “a rope stretched between the animal and the Ubermensch,” humankind’s ultimate goal. To achieve this goal, Nietzsche said humankind must overcome dogmatic thinking and create new values. Centuries after Nietzsche’s death, humankind is still happy to stay in its present condition. Despite little glimpses of hope, it’s obvious humans will continue to destroy both the planet and each other. Everything seems hopeless, but there’s something we can do to stop the madness: a global purge.

I don’t mean ethnic cleansing since there is no “master race.” I’m thinking about everybody killing everybody just like in the Purge movies. Here’s how it will work. Instead of just one day a year, we’ll set up a Year of the Purge where everything is legal, including murder. In preparation, every nation will provide its citizens with an equal amount of guns and ammo so when the Year of the Purge starts no one will be given an unfair advantage. First, all the citizens will kill each other, and then the nations’ leaders will launch nuclear missiles at each other to finish the job. By the time the Year of the Purge is over humanity will be completely wiped off the map and nature (depending on the damage left by the final nuclear holocaust) can start all over again.

So there you have it, folks: a foolproof plan to achieve world peace! After all, if we’re all dead, then there’s no more wars left to fight, no more tears, no more suffering, and no more assholes to deal with. Let’s get to it!