I was never arrested, but probably should’ve been. 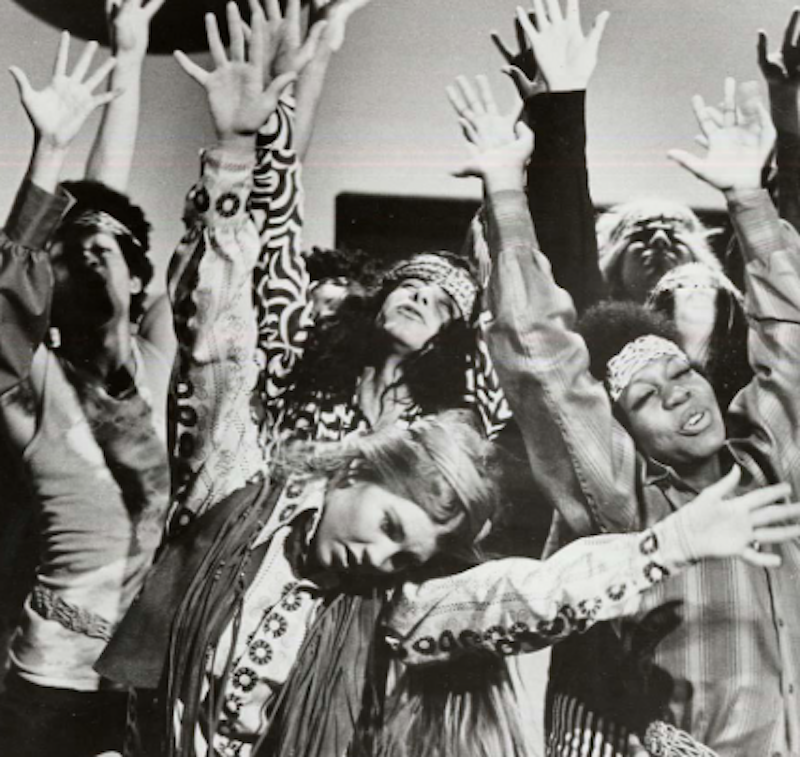 In August of 1968, I went to The American University, in D.C., just 50 miles down the road from Towson. I’d started elementary school a year early, so I was just 17 as a college freshman, and was young and naïve. I headed innocently into the world of D.C.’s anti-war marches, riots, and cultural conflicts, with people from all across the country. D.C. wasn’t far from Towson, so I could still hang with my Baltimore hipster friends on weekends.

I considered myself a worldly 17-year-old—in an underground sort of way. I’d been to Europe a few times, hanging out in London, Paris, and Amsterdam. I’d grown musically from a choir boy to a garage band blues cat. I smoked cigarettes and pot, frequently drank too much, and had been kicked out of school (for a day) because my hair was too long. I was never arrested, but probably should’ve been (nothing serious). I started with almost flunking out of high school to somehow graduating on the Headmaster’s List from a private boy’s school. As a liberal, I played soccer and was a volunteer tutor for five months at a black elementary school in downtown Baltimore.

Because of my European travels, I wanted a degree in international studies, join the Foreign Service and spend my life in foreign countries. I wanted a job where I could have croissants for breakfast, steins of beer and plates of sausages for lunch, and steak frites for dinner, washed down with a $1 bottle of French wine.

The world of American University wasn’t exactly Carnaby Street or the Left Bank. My dorm was a seven-story beige monolith reflecting the dullest of 1960s public housing. Three guys were squeezed into the minimum legal dwelling space. The bathroom was a long, long walk down the hall. The cafeteria was a 200-yard uphill slog. I didn’t like it, but one of the burdens of campus life was to live your first year in a three-bed dorm room—so I dutifully followed—to a point. Revolution was in the air.

I quickly gravitated to the Freaks. Freaks had long hair, wore only jeans (mostly bell bottoms), smoked cigarettes, and were immersed in the counterculture. They were mostly from New York/New Jersey, and other scattered East Coast cities, way larger, and way more diverse than little Baltimore. It seemed like no one from Baltimore went to college.

Freaks could be New England bluebloods, kids of Philadelphia art collectors, sons of Massachusetts mill workers, daughters of rural savings and loan officers, or Midwesterners with strange accents and stranger food preferences. Despite this diversity, the freaks got along with each other, because we were rebels, and liked to get high.

Both my roommates were Jewish; one from ritzy Great Neck, the other from Jersey. This was new for a kid from Catholic Towson. The New Yorker was a freak; a decent rock piano player sporting a long hair, a curly beard and thick granny glasses. He played his electric piano with headphones, and jerked his body to the music in wild arcs while whining loudly. It was pretty disturbing, but as a former garage band member, I was cool with it. The guy from Jersey was a straight arrow, who dressed in khaki pants and madras shirts, and had a clean 1950s Brylcreem hairdo. He was horrified by his two hippie roommates. Before the end of the first week, his father came to whisk him away to more suitable lodgings. Suddenly our tiny room was much more tolerable, and we became the party place for our new freaky friends.

American U. had an African-American student population that was assertive about civil rights and black power. I got to know several pretty well. One black mover and shaker took me under his wing for several years, convinced I should be a writer after I—unintentionally—won the freshman writing prize. He picked me to replace him as editor of the student arts magazine, after he was elected student body president. The editorship included a nice scholarship, a $25,000 publishing budget to spend any way I wanted, and friendships with the editor of the student newspaper, and the manager of the student radio station. It was a far cry from the School of International Service. I’d been quickly turned off the Nixonian jacket-and-tie boys that filled the SIS.

Like Towson, most AU students were straight preppies whose grasp of urban issues ended with swaying to Top-40 soul music. Some of the freaks were ambitious and good students. Others had little drive, thinking they could just listen to music, get high, and sleep in while living on their parents’ money. They’d worry about the real world later.

I loved living in D.C., because it reminded me of my summers in Europe, which was so much more sophisticated than Baltimore. And my new big-city friends had the money and connections for good stashes of weed and uppers. Friday nights were high times, and we’d visit each other’s dorm rooms to sample the various dope going around. We’d usually walk down to Georgetown, which was packed with students from D.C.’s many colleges and universities. Students stuffed the dozens of bars, record shops, head shops and hip boutiques. Georgetown’s “All Night Bakery” opened at midnight selling donuts, muffins and pastries, and we’d take a bag back to the dorm. No life like this in Baltimore.

We’d get back to the dorm well after two a.m., then stay up bullshitting and giggling at all-night 1950s horror flicks on the TV in the lounge. We slept to mid-afternoon Saturday, then stumbled with fierce hangovers to a hamburger joint down the street. It got old pretty fast, though there were many great movie theaters and rock concerts that spiced things up.

Despite the attractions of D.C, the familiarity of Baltimore drew me back many weekends. I remained close to my buddies, including Eric, who’d been my hero-guru for several years. But the threads that bound us grew thinner, and the upcoming Woodstock music festival, which we vowed to attend together that summer, was the grand exit from of our hippie friendship of the 1960s.