Icons of Coney Island, some from the 1880s still standing. 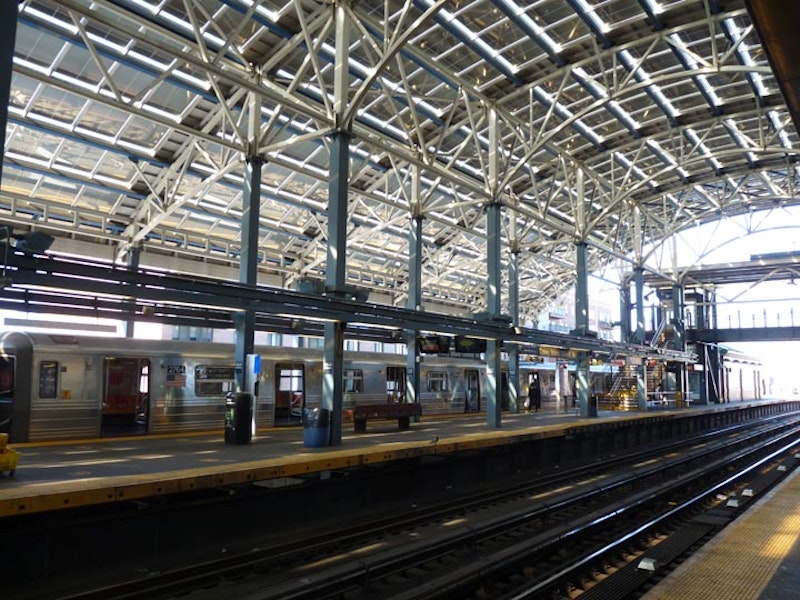 Growing up in Bay Ridge, a periodic treat for the family was a ride on the B64 bus down 86th St., Bath Ave. and Stillwell Ave., a trip to Coney Island for a day on the kiddie rides; we’d purchase an all-in-one ticket good for as many rides as we wanted. I was too young for the two roller coasters, the Cyclone and the now-disappeared Thunderbolt, and I’ve been too chicken for challenging roller coasters since, afraid my glasses will fly off. As a matter of fact, I’ve only been on one roller coaster in my life, the indoor one at the Mall of America in Minneapolis, and I endured the ride rather than enjoyed it.

In more recent years, I’ve frequently attended the annual June Mermaid Parade, and have ridden the Wonder Wheel and I also stalk around Coney in the offseason, away from the crowds, to check out the ancient remaining infrastructure left over from the neighborhood’s salad days.

The Coney Island subway terminal, shown above, serves four subway lines, the D, F, N and Q, and from here you can reach far-flung locales in the Bronx, Brooklyn and Queens. Formerly a dingy, urine-spattered barn, the station had a multimillion-dollar makeover in the 2000s that gave it the look of a European train shed from a 1940s movie. 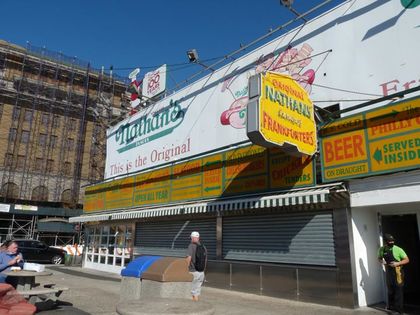 Though Coney was at bay for much of 2020, no parade, no rides, Nathan’s was still going strong and on a recent visit I waited 10 minutes on line for my hot dog and fries. On July 4th, professional gourmand Joey Chestnut again claimed the mustard-colored belt in the Nathan’s Hot Dog Eating Contest, this year held remotely without spectators.

In 1916, an employee of Charles Feltman, the original hot dog purveyor of Coney, Nathan Handwerker, struck out on his own, renting a shack at Surf and Stillwell Aves. and sold hot dogs by the nickel. In the early years business was slow. Handwerker hit on the gimmick of dressing some local layabouts in white smocks, set them up behind the counter selling franks, and advertising his hot dogs approved by “doctors.” With the arrival of the BMT subway in 1920, his location proved advantageous and he was soon selling thousands, then millions, of hot dogs. Seafood items and other food were added to the menu and Nathan’s became a familiar institution. 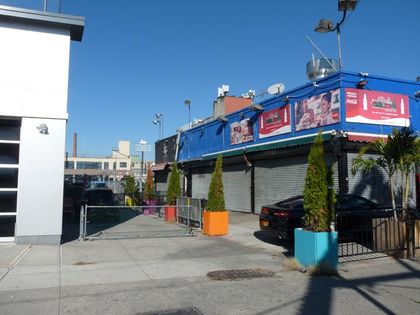 Henderson Walk, not marked by NYC’s department of Transportation, is the only link to Henderson’s Dance Hall. Until about a decade ago it still stood at Surf and Stillwell Aves.; it was built by developer Fred Henderson in 1899. The building was gutted in a 1903 fire, rebuilt, but then cut back in 1923 when Stillwell Ave. was widened. Until 1984 the building housed Lily Santangelo's House of Wax. Before it was razed it hosted Faber’s Fascination, a pinball hall where I could be found occasionally in the 1970s (it switched to video games), Shoot the Freak, a variation on paintball, and a chicken franchise. 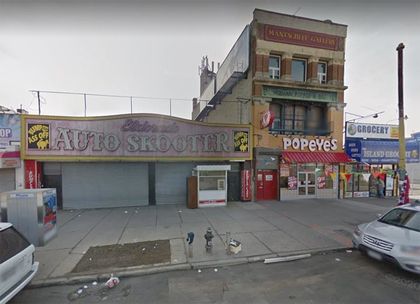 Eldorado Auto Skooter was hand-built by Joseph and Peter Buxbaum and Sandy Fitlin, and a carpenter named Rafael. Opening date was March 21st 1973, admission was 50 cents and 25 cent re-rides. The lighting is disco style from the Studio 54 era and the bumper cars are Italian made by Soli. The first record played was “Cisco Kid” by War.

Herman Popper and his brother built the adjoining building as a distillery and later, a tavern in 1904 on Surf Ave. near Stillwell. By 1999, it had been assaulted by garish signage proclaiming the existence of a Carvel "ice cream bakery.”

The Poppers, said to be Hungarian immigrants, were prominent Coney Island property-meisters around 1900. They wound up paving Henderson’s Walk with asphalt, rather than wooden boards. Harman was a member of the Fat Men’s Association, for which a weight of 200 pounds was necessary for admission. Popper had no problems, since his weight was nearly 100 pounds more than that.

By 2002, an art gallery occupied the top floor. 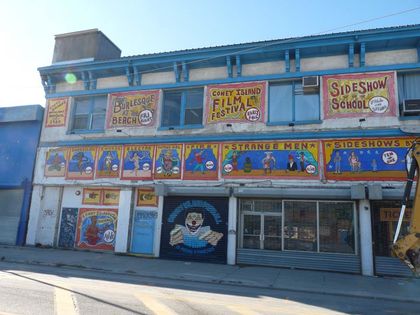 Today, Coney Island USA’s offices are in the building as well as other attractions such as Sideshows By The Seashore, a traditional operation complete with individuals who can hammer nails into body parts and bearded ladies, and the Coney Island Museum, whose collection includes a wooden racehorse from the old Steeplechase (closed in 1964) and a memorial to Topsy, an “uncooperative” elephant electrocuted in 1903. 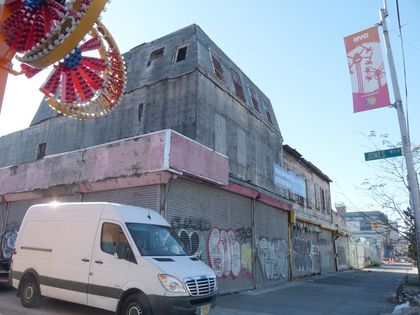 The oldest extant building in Coney Island at Surf Ave. and Jones Walk is a former hardware store built in the 1880s and operated by Henry Grashorn for decades beginning in 1898. Hardware was necessary in Coney to fix the numerous mechanical parts in the rides and attractions. Grashorn became one of Coney’s prominent citizens and was the president of Coney Island’s Mardi Gras Association, which ran an annual parade in the fall between 1903 and 1954, a tradition revived as the Mermaid Parade in the 1980s at the outset of summer.

Today the building has been stripped, leaving its old wooden construction bare, and reports say its demolition is imminent. 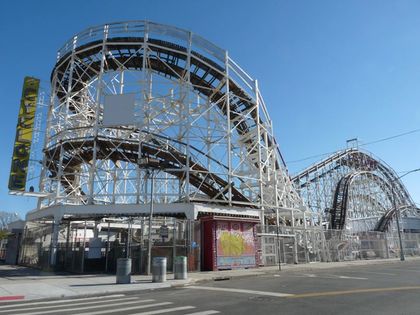 The Cyclone roller coaster, opened on Surf Ave. and W. 12th St. in the summer of 1927. It’s one of the few wooden construction ‘coasters still in operation and, I hear, provides a thrilling ride. It has operated continuously except for four years between 1971 and 1975; after that, Dewey and Jerome Albert, owners of Astroland Park, rehabilitated it and safely operated it till the demise of Astroland in the 2000s. A revived Luna Park continued its operations beginning in 2011.