The Belligham Herald ignores Trump and the Bellingham Bells. 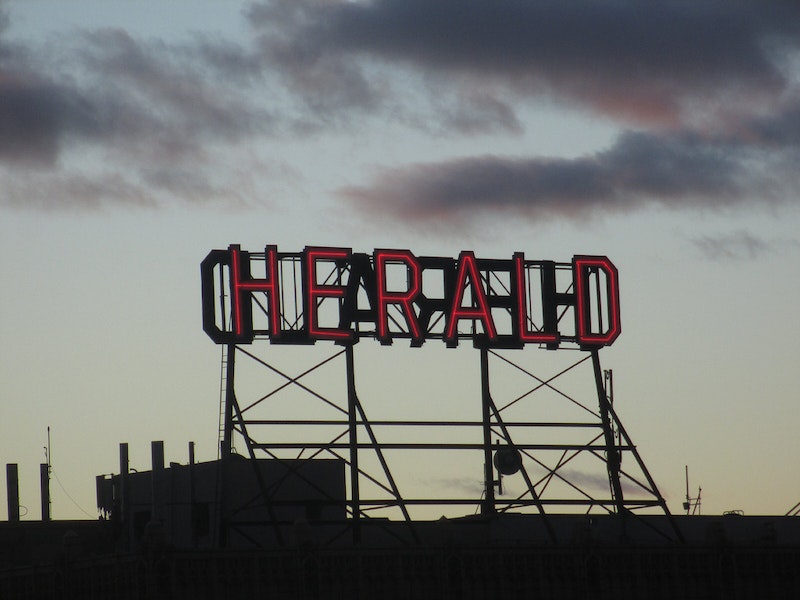 Case in point: Donald Trump came to Washington state Tuesday, his surprise second visit in the last few months. This time he came to Everett and packed out the Xfinity Arena. Everett is down I-5 from Bellingham but not that far South. According to Google maps, it’s exactly 61 miles in a reasonably straight shot from the Bellingham Herald building to the rally. Wednesday’s paper came out and had a story about the event, but it was AP copy. What passes for a paper of record in these parts couldn’t be bothered to put a single reporter on the freeway.

In truth, I could suffer the dumb politics of the paper in muttering almost-silence were I not Donald Duck mad about something the Herald intentionally did to my Bellingham Bells this summer. The Bells are a wood bat collegiate summer team, part of the West Coast League and good at what they do. They pulled themselves out of a slump this season to beat the team with the best record in the league, the Victoria Harbourcats, to make it into the championship series. It was their second championship outing in three seasons. The Bells then lost, narrowly, in the third of three games to the Corvallis Knights, capping off an exciting but ultimately heartbreaking season.

And the Herald’s response to the Bells was to ignore them. Unlike all the other teams in the league, whose local papers feature the teams prominently to court the thousands of fans who come out to the games, the Herald had a complete blackout of all regular season games. The paper didn’t even cover the playoffs until there were no more home games left to be played.

I asked Bells general manager Nick Caples about the lack of coverage. He said the paper had told the team not to expect any coverage whatsoever this year, because it wasn’t getting “the clicks.” Local sports fans shouldn’t get “the papers” either. It’s popular to lament the decline and fall of newspapers, but when the Bellingham Herald finally sleeps with the salmon run, I don’t know a single person who will miss it.