It’s hard to ignore the strength of negative space. 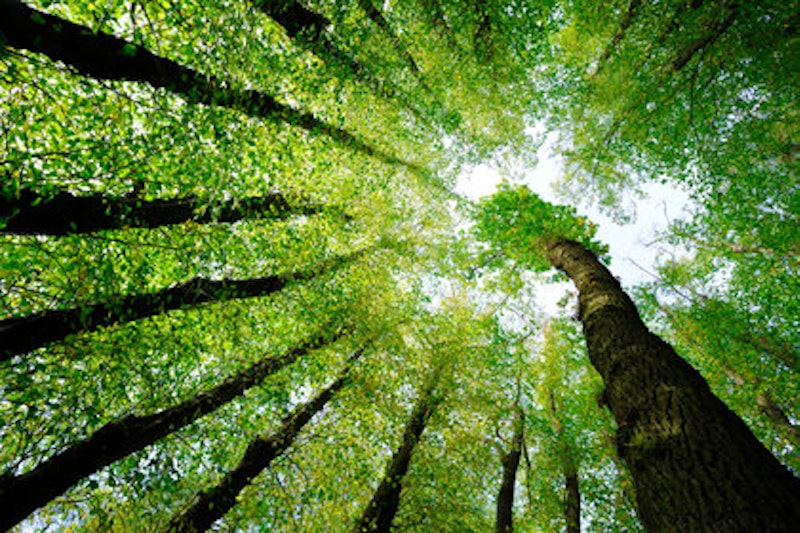 I took a drawing class in college. I was convinced I’d never be able to sketch, but was interested and it would satisfy an elective requirement, so why not? The first day of class we were challenged to go outside, lie down on the ground beneath a tree and look up.

“I want to teach you to see,” she said. We all thought it was a strange comment since there wasn’t a blind person in the room. As we looked up at the leaves and limbs, the instructor went on to explain something that would permanently alter the way I perceived the world. “I don’t want you to look at the tree itself,” she said. “I want you to focus on the space between the leaves and the area around the limbs.”

It wasn’t as easy as you might think. Somehow our eyes kept going to the shape and color of the leaves, or the texture and shading of the limbs. “The space surrounding the tree is negative space,” she explained. “You may not realize it, but that space is fundamental in how you see that tree. It frames it, sets the mood and actually points your attention to the tree itself. Negative space is what’s causing your eyes to be drawn to the leaves and limbs, and it’s the strength of that negative space that makes it hard not to focus on them.”

Our assignment was to draw the negative space. It occurs to me, since that day, I’ve been doing just that.

In my previous job, I’d go to social events with a co-worker. She was a pretty girl with a Barbie look and a squeaky child-like voice. She loved cute clothes and cuter shoes, and could sing (off-key) almost every song from any Broadway musical you could name. Yet, deep beneath the cartoon persona was an intensely fearful young woman who silently created disaster recovery plans for every area of her life. Most people didn’t see that.

It was after a Chihuly exhibit at the Botanical Gardens, as we reflected on the evening, and my friend noted as striking difference in the way we interacted. Where she remembered people by their suits and ties, their handbags or shoes, I remembered conditions and experiences I’d learned through conversation. Where she walked away informed about the latest fashion styles, movies, or even job positions and changes in the industry, I knew who’d been through a divorce, who was currently having chemo treatments and who was raising an autistic child.

It’s not that I’m so intense that every conversation leans to the trials and tribulations that push at humanity. I’m actually the first to laugh, the last to anger, the least likely to be offended and the most laid back. Additionally, being sarcastic with a well-timed pun generally makes my dialogue somewhat pointed. And yet there’s no denying the thin thread of intimacy and vulnerability that lines so many of my conversations. That night I began to wonder if my conscious vision of negative space framed the way I interacted with them.

“It certainly enhanced your ability to see them,” my friend said. “And you are well on your way to knowing them.”

I like to hike: not the backpacking kind that requires training and conditioning, but the casual walks through rural areas. It helps me decompress from the stress and worries of the week, and redirects my thoughts to a more productive path. I solve a lot of problems on these walks, and many of my creative ideas have been formulated on these short journeys.

Sometimes I look up into the tree canopy, a jumbled mess of color reaching for the light, searching for room to flourish. It’s difficult to see the details, hard to trace the lines down to the roots; the focal plane is too wide and too full. Even the most imposing tree—fed by the adjacent stream and matured through time—can get lost in the crowd unless we blur the surrounding visual cacophony and find the frame.

Character is revealed in the negative spaces, in the storm clouds, the winds of change and the empty space of uncertainty. It’s so easy to forget that; it’s so convenient to overlook and fashionable to ignore. It seems the quick glance and superficial study has become the standard, and it’s robbed us of the depth that defines us. We get lost in entertainment, media and celebrities, fiction and hype, and lose sight of the art and beauty, the dramatic impact of the everyday life in the person beside us.

I want to see. I’m still working at it, learning, honing the skills that help me focus and find truth. I find it helps when I travel and become more than just a tourist, but an explorer. It helps me be a better friend. It’s not easy. In fact, it can be unsettling at times. But, I wonder if we were more willing to see the negative space, to accept and embrace it as a fundamental aspect of our composition, how it would change our perception of each other. Would we have more patience? More empathy? More peace? Or would this just become another reason to hate?