Roosters on the Rollercoaster

The Quibbits clan enjoys a summer day at Six Flags. Except Bennington. 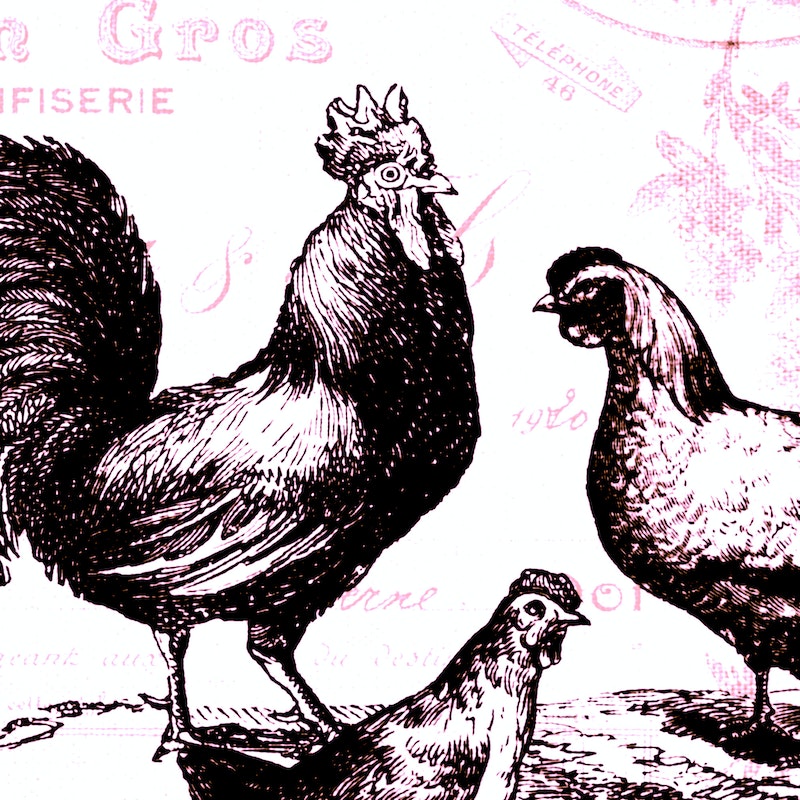 Yes, we were. Were. Before you showed up. Bennington. Always so difficult. Always so mean. Always so eager to upset me and overturn the apple cart so that only he’ll get a snack from Granny Smith. We grew up next to Mrs. Smith, who had the bald audacity to name green apples after herself, and what do you know? It stuck. She was nice but also lonely, so she enjoyed giving all the animals apples and breadcrumbs when she needed company, but when we were hungry and waiting for her?

Oh my. She’d yell, she’d throw, she’d grab and hit. But we knew better than to bite the hand that feeds. Bennington. He was so young then. He nipped her when she wouldn’t give him an apple. She tried to pick him up, and he spur clawed her face, partially blinding her and giving her a deep gash. She never went out with her apple cart again. The rest of her days were spent inside, hooked to an opium pipe and a colostomy bag. She died. We never ate any more of Granny Smith’s apples. Because of Bennington.

He remains difficult. He drinks, and he takes drugs, but only when he’s around me. It’s as if he exists merely to make my life miserable. Selfless, in a way. A cipher, a proxy for pain aimed at needling me. He knows how scared I am of rollercoasters. He got me in line anyway, he distracted my wife and got her hooked on Time Crisis II in the arcade. I went along with it because Bennington’s my cousin and he’s been having a hard time lately. He’s been having a hard time—that’s code for he’s liable to off himself at any moment, and of course we’d be blamed. Why? He spends most of his time with us (or around us) because he has no other friends. Not that we’re friends, no: Bennington is my cousin. This is why I have to take care of him. And I think about this.

“WHY WON’T YOU PLAY WITH ME!” He’s screaming now, and he’s making a scene. This is the way it has always been. Monica and I will clean up after Bennington, because we love him unconditionally, but make no mistake, we don’t like him. We don’t like Bennington one bit, no. He is haram, a bad man. He’s a misbehaving child in immortal’s clothes. We left Six Flags with no cotton candy, no prizes and no toys. Just a pathetic, weepy rooster whose clawing days ended long ago. He’ll never be free again—he knows he’s wanted in every other state, he knows Mossad wants him. Somehow he has survived. But not for much longer: Monica and I are turning him. You can call me a rat; I call myself a good husband. Watch this space to hear about Bennington in prison.