Understanding what you can get worked up about is an important ethical moment. 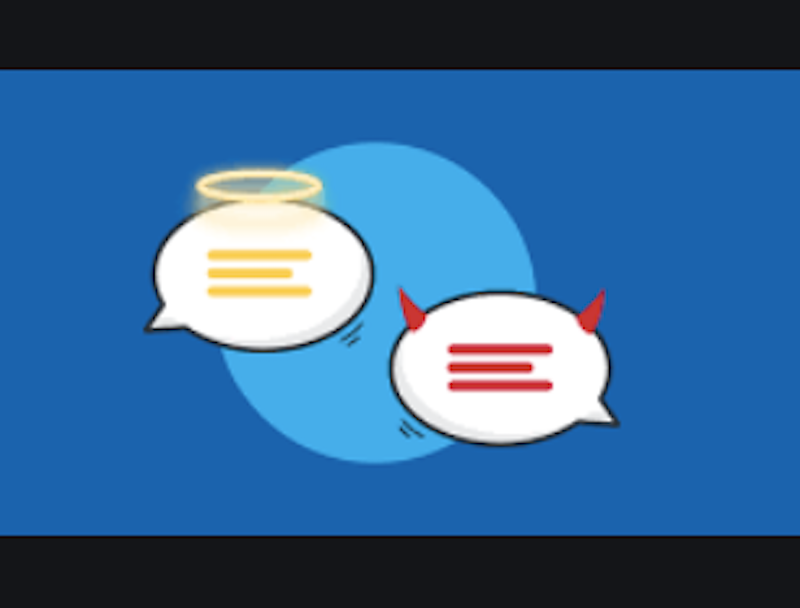 Ethics is the study of how to live. Almost everything has an ethical dimension to it, which you can choose either to regard or ignore. Ignoring the ethical has its price. But then, doesn’t everything?

By ignoring the ethical, I mean, either drawing no conclusions at all about something, or else treating it purely as entertainment and spectacle. For example, you may watch Tiger King and simply enjoy having watched it. That’s not ethical or unethical; it’s merely dull. Or you may watch it and be filled with ethical feelings of outrage. That’s also dull, but at least you were awake for the show. Or, ideally, you could watch yourself watching the show, draw conclusions about why you watched it, and what you were going to watch in the future, while you simultaneously consider the nature of our relationship to animals. In that case I’d advise you not to speak to anyone for several hours. You’ll be insufferable.

Ethics is often treated as a branch of philosophy. That’s because, to a philosopher, everything’s a tool instructing you in the art of living. But this isn’t a notion exclusive to philosophers. Many poets have had it. In Samuel Taylor Coleridge’s case, it was sort of like gout. He couldn’t get rid of it, and it made it difficult for him to travel. But Shelley without ethics is unthinkable. There would be nothing excellent in his poetry at all without his profound need to be right.

One of my favorite quotes is, “Nothing bothers me more than the nature of the universe; but nothing bothers me less, as well, since I never think about it.” This is equally true of ethics. There are huge fields of ethical exploration that most people never think about. One of them is eating. There are vegetarians, vegans, dieters, foodies, and slow foodies, and then there’s me. Right now I’m eating Sour Patch Kids. I’m not advocating a total indifference to what you eat. Undoubtedly it’s important, but I can’t get worked up about it. Understanding what you can get worked up about is an important ethical moment.

One of the great things about ethics is, although it’s very similar to morality, it isn’t stodgy. If somebody calls you a moralist, then unless the circumstances are very unusual, it’s proper to punch them in the nose. The situation becomes even worse if they call you “moralistic.” Meanwhile, being called an “ethicist” is sort of distinguished, like being called a botanist, or practicing phlebotomy. In general, being ethical seems to imply that other people are around somewhere, but being moral seems to come from within, like burping. But you can’t trust distinctions based on vague feelings. A better definition of the ethical would be “things you can do, or perhaps even change, in the course of normal behavior.” After all, if you read exclusively about the trials and anxieties of kings, and you’re a clerk at a second-hand apparel store, the field of application will necessarily be limited. Unless you’re reading Shakespeare. For he has the ability to make the anxieties of kings relevant to today’s modern clerks. He has the universal touch.

Most ethical dilemmas are put in the form of questions, which is a mistake. I’m talking about questions like, “If you are traveling on a tram, and Adolf Hitler’s mother is coming in the opposite direction, and you can kill her by throwing a baby at her, but this will also kill the baby, then what do you do?” There are many interesting scientific experiments being performed, right now, where participants answer questions like this for small amounts of money. Oftentimes the participants have additional tiny amounts of money “dangled” in front of them if they do something correctly, such as identifying what Hitler’s mother looks like after seeing 100 photographs of other mothers, many of whom could be called ordinary, depending on what you mean by that. Or there will be a pause in which a scientist in a white lab coat casually drops pictures of Florence Nightingale all around the testing room. The study will seek to prove that, after seeing Florence Nightingale, fewer people are willing to hurl a theoretical baby from a moving train. This brings ethics into the realm of science.

An important question to ask about any philosopher is, “When did he write his book about ethics?” Books about ethics are somehow entangled with death, in a way I don’t understand. In any case when you write them you only have two moves left. Either you can say nothing, like Baruch Spinoza, or you can turn to religion, like Soren Kierkegaard, Alain Badiou, and Jacques Derrida. That’s how dangerous ethical books are to the desire to say anything. Don’t kid yourself. Every one of them is an act of resignation.

I’m currently teaching a class about ethics online. None of my students have the books they were supposed to have, because I ordered them all in hard copy, and now they’re sitting in a classroom that’s closed due to the pandemic. As a result everything we’re reading is from the 19th century, and I haven’t been able to instruct them about new discoveries in the field of ethics. They’ve all become, thanks to their throwback studies in outdated ethics, hard workers with a spiritual gleam. They use words like “utilitarianism” and “transcendentalism” with aplomb.

One of them posed the following question to me: “If I am living with my grandmother, who could easily die of the coronavirus, and I avoid seeing 15 friends, which damages their well-being, am I doing the right thing? What is the greatest good for the greatest number in this case?” My sense is that his relationship with his grandmother was never optimal, and may have gone into significant decline recently. But that’s not the point. I know the answer to his question, because Theodor Adorno answered it during the postwar period. There are 10 copies of Adorno’s book, Minima Moralia, lying fallow in my classroom. By the time I give him the book, of course, it may be too late. But I can’t simply ship him the answer in summary form, like Wikipedia might. He has to experience it for himself. He has to share it with all his excitable friends. And he has to write a college essay, less than two years from now, about the meaningful time he spent in quarantine with his grandmother. Of course, he’ll be lying. But—and I mean this, sincerely—it’s the right thing to do.