Jubilation of Another Day

The year in review seems muddled. 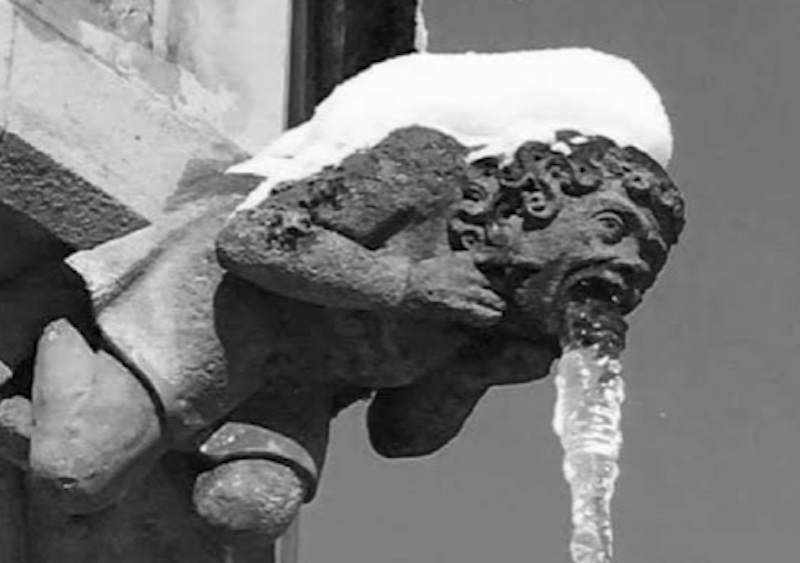 Another year done. The old adage "This too shall pass," holds little weight when nothing ever changes. Meaning never loses all meaning. Lost in the past of spent years. Empty days fill up dark times such as these. Calendars mimic year upon year. Piling up the same old tired stories. Lonely nights left sobbing on tear-soaked pillows. Never invited to the party. The standard operating business end of a blunt object to the head. A bitch slap pow kick right jab and a gob smack. S.O.B.

Wake up. Shortness of breath or gasping for air, drowning in our own blood. Break down and sob like a little baby. Whimper like a pup and whine like a child.  Another year’s end marked off, deduced and compiled to our untimely demise. By any definition S.O.B. may refer to: Souls on Board a vessel hurtling through cosmic debris or lifeless bodies floating in seawater. Special Operations Battalion (SOB), an elite unit of the military. SOB means "Son of a Bitch." It’s been 250 million years since the great dying created from a giant comet that crashed to earth. A tall tale told by cave dwellers in the space age. A modern world of antiques. Like vintage wine turned sour. Nothing ever changes.

Traditions evolved into ideas of future dreams. At the stroke of midnight a chalkboard past is erased. Replaced by a new year of dates and numbers. The year in review seems muddled. A crazy math of subtraction multiplied by the long division of clockwork. Confusing past miscalculations with present dilemmas. The end of something morphs into something else. It's always rigged this way or fixed like that. A countdown to blast off. Transformed by the energy it takes to move an idiotic world forward one-millionth of an inch. A planetary farce lost in some flimsy time/space continuum sequel. Screaming in the heavy weightless gravity sucking wind. Let’s do it all over again.

The numbers jumble in a circle of hours spent, mere seconds into countless years. The minutes realized into vanished moments. It's a cruel trick that plays out every year. Count the days added up to quick glances, snapping fingers, blinking eyes and bells shall toll for thee. The ringing in the head is a sure sign of divine intervention. A holy symbol of time in the essence running out of life. All the tears falling down upon deaf ears. Blinding light years, shooting stars passed away. Burning out in magnificent glaring darkness. To the dawn of humanity we bow and scrape to the dead thump heart beats rhythm.

The passing years no longer matter. Perchance a reoccurring nightmare. Rounding off birthdays for time-saving devices of memory’s blank pages. Mindful meat and bone of the matter. Flesh and blood in an arena of thoughtful gladiators. Fighting noble till death. Now, closer to the end of this game, let’s roll the dice again. The weak hearts are no longer in the fray. I surrender to whatever whims the gods bring. Struck down or to move ahead out of spite. One step forward, two steps beyond the grave.

It’s a strange dance we do. A dance always welcome, side-stepped in every lifetime. A celestial soft shoe across the soul. This tap dance on your cranium. How many years does it take? This delicate ballet of the departed. Time is telling tattle tales. Fodder for the thought of speaking the truth. Food for hungry spirits.

The jubilation of another day walking and talking in painless ease is a good day. To stand on firm ground in shaken shoes stirs the martini at the celebration to life. The music unheard is the sound of angels calling us home. The electric static from an old AM radio. Jumping from station to station around the dial. Twisting the plastic knob of refrains of desire. To hear songs ringing out of the airwaves wiggle. The sound of some heavenly note tweaks virgin ears to listen closer. A chorus from the scale of whatever to the key without cares.

A new style of sounds for the anointed. Blessed with survival skills to overcome this mundane existence. A ritual older than dust. Exquisite ennui tinged with periods of doubtful excitement. Stuck in a particle accelerator gumball machine. Waiting for a turn of the key. Short bursts of gunfire to usher in the new and destroy the old. Quiet fireworks explode in the silent sky. The parade goes by even if it’s only a picture on the screen. The party goes on. Everything is as it should be. All this time to learn nothing from the past. Send in the clowns. Bring in the new year’s baby. Pop the cork on that champagne. A toast is always in order. It’s the fourth quarter. The final down. If this brand new year turns into anything like the one just passed, try to hold back the sobs and keep the vomit down.