Its arrangement is popular in the suburbs, but it may be the only such occurrence in all of New York City. 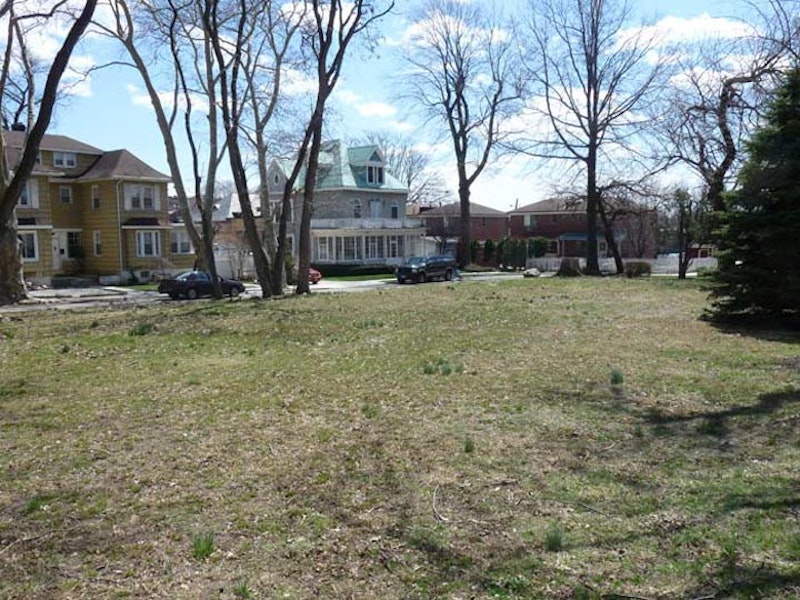 Anybody remember Gunther Less? He was the heavily-accented host of Journey to Adventure, a syndicated travel show that he produced and narrated, which ran on TV for 39 years. The show was, along with the National Geographic, the only way I really saw the rest of the world before the rise of the Internet. Unfortunately, I’ve never been able to afford to travel much.

Back in 1992 and 1993, I was seeking places in Queens to live. I’d scored employment in Port Washington in Nassau County at a well-known direct marketing company, and getting there from Bay Ridge required a journey that necessitated rising around six, taking three subways and a Long Island Rail Road train, and then a ride in a company van to the corporate compound, all to get there by nine. I reversed the process on the way home, sometimes with a detour to the now-defunct Center for the Media Arts in Chelsea, where I had a part-time typesetting job. The card was full in those days.

I rode all over Queens by bus and on foot, seeking an acceptable and affordable neighborhood. I called these trips my “journeys to adventure” because in those days Queens was still a vast mystery to me, except for the Shea Stadium area and downtown Flushing, where I landed regularly on the end of the #7 train to visit friends. I roved into Astoria, Jackson Heights, Auburndale, Bayside, Little Neck and College Point. I eventually wound up in an apartment building on 162nd St., where Flushing and Auburndale share an undefended border; later, I moved to Little Neck where I am now.

While slouching around College Point, I made a discovery that has remained a touchstone for me whenever I’m in these parts. It’s called Beech Court, a cul-de-sac at 121st St. just off 14th Ave. Its arrangement—a group of private homes surrounding a central green—is popular in the suburbs, but this may be the only such occurrence in New York City as a whole.

Some background: College Point was originally settled by the Native-American Matinecocks. The Indians sold much of it to New Netherland Governor William Kieft in 1645. William Lawrence was the first British settler. (College Point Boulevard’s name until 1969, Lawrence St., honored the Lawrence family.)

Communities known as Strattonport and Flammersberg united to form College Point in 1867. College Point gets its name from St. Paul’s College, founded by 1838 as a seminary by the Rev. Augustus Muhlenberg, the rector of St. George’s Church on Main St. in Flushing. But there’s no college in College Point now. St. Paul’s College foundered within a decade, and by about 1850, was converted into an elementary school and then a summer resort.

Poppenhusen also built the Flushing and North Side Railroad, now a part of the LIRR Port Washington line, and later owned the LIRR between 1876 and 1879. He built water and sewage systems, a library, and the Poppenhusen Institute. He’s recalled by the Institute, an avenue, and an 1884 bust by Henry Baehrer at Poppenhusen Triangle at College Pl. and 12th Ave., at the approximate spot where his mansion used to stand.

Beech Court serves as a last remnant of the original Herman Funke Estate in College Point. The site isn’t recognized by the Landmarks Preservation Commission, so information about it online remains sketchy, and only a lengthy delve into College Point real estate records will likely turn up the Court’s original developer. When this map was produced in 1909, only two homes had been built. 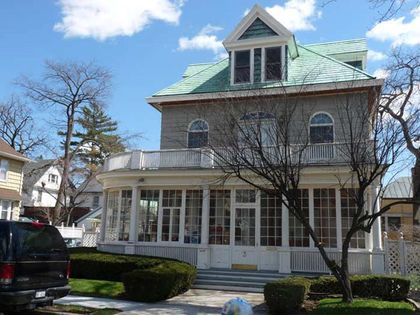 Casual visitors to Beech Court will find an architectural wonderworld, as they leisurely make their way around the oval. Sidewalks are in bad shape, and a legacy of the Court’s formerly private nature is that the Department of Transportation doesn’t deign to install lampposts. At night, only the lights of the buildings ringing the Court illuminate the pathway, which has seen everything from horses and carriages to modern sport utility vehicles.

The first building on the Court, Number 3, is an eclectic Queen Anne-type of house, with an interior porch protected from sun, clammy breezes, blizzards and bugs by paned windows. Residents who wish to lounge outside can do so on the second-floor porch, or daydream out the four dormer windows, one on the front, one in the back, two on the side. 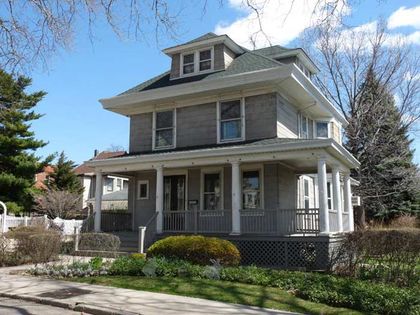 Beech Court dispenses with the usual hyphenated Queens house number system. Its nine buildings are numbered in order, with some skipping from three to 12, with the mildly annoying exception of Nos. 12-44 and 12-46, a pair of attached houses that are the last on Beech Court as you proceed counterclockwise around the circle.

Would you like to sit on this porch at No. 5 reading the paper, with an iced tea on some random 90-degree afternoon in August? I would. 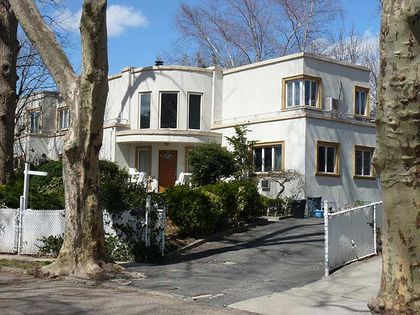 A relatively recent addition to Beech Court must’ve been this streamlined Art Moderne classic at No. 10. The style was introduced at the Paris Exhibition of 1937. Other examples of the style include the curved-edge, thousand-windowed Starrett-Lehigh Building in Chelsea. 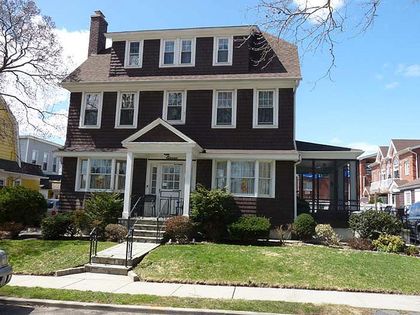 11 Beech Ct., which features two bay windows on the ground floor,  a three-window dormer, and a side porch, borders Boker Ct., which was once the driveway to one of College Point’s grander mansions; it was torn down about two decades ago.

Beech Court has a Queensmark for architectural elegance by the Queens Historical Society. However, these awards are largely ceremonial, and don’t guarantee the continued existence of the buildings or collections of buildings they are awarded to.