The home away from home was the bar. 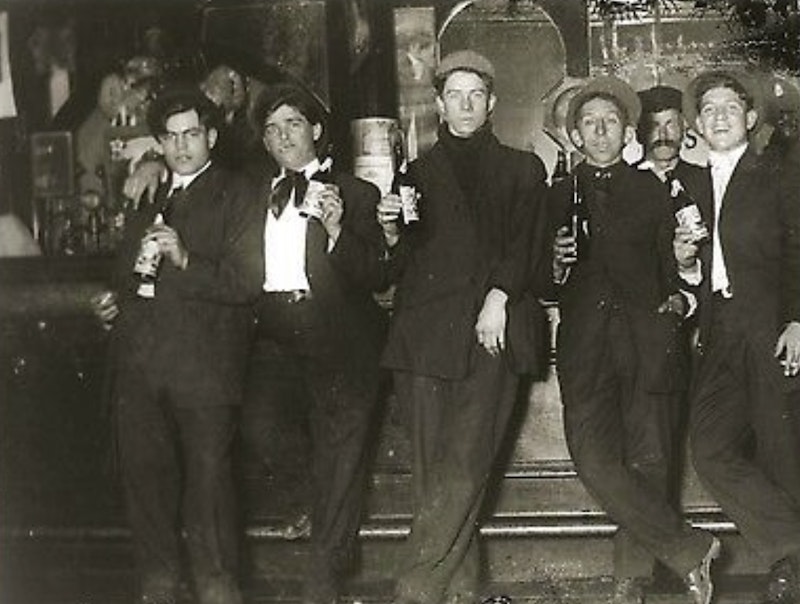 I reckon you had to be there in the reckless years. When days of solitude measured up into nights of wild revelry with many loud-voiced toasty cheers. Raising your pint and hell with all the rowdy regulars. Tossing back a few too many while stubbing out caution in the ashtray along with your sensibility and decorum. The home away from home was the bar. The raucous living room scene with that wet bar ruckus. The hazy reddish neon glow murdered time.

Comfy, dimly-lit rumpus rooms, relaxing in faux plush leather booths or crouched on hard wood barstools with only elbows on the rail to hold up the burden of a heavy head. Secret hideouts where pacts were made and camaraderie was all that was needed to hold chaos together. Life was a string of crazy parties that revolved around bars. The local public meeting place or clandestine rendezvous point. Bars were the destination before, during, and after anything that was happening or not. Too young to care about fatty livers or living too fast. It was the only place to be when there was nowhere to go and the only place to go when there was nowhere to be.

Those octane-fueled days oozing 80-proof all-nighters without a care in the world. No concern about choices, second thoughts or consequences. Genuine hedonism at its best and very worst. One favorite bar of mine in Baltimore was the Mount Royal Tavern. I cut my teeth on that booze-soaked bar. I was a regular but there were already too many hangout joints, bars, taverns, pubs, saloons, public houses, nightclubs and private social clubs around Tinytown to frequent them all to make the rounds.

Bar-hopping pub crawls from hood to hood and town to city you could stumble out of one establishment and fall into the next. There was a bar or two on every corner along with a church, beauty salon and funeral parlor. Even the word bar could be an abbreviation for Be A Regular. Another modern day acronym for the ancient Latin "barre." The barrier of wood or metal that separates drinkers from easy access to the liquor supply and barkeep.

Those oldtime haunts where smoking cigarettes while partaking was like the art of breathing. Usually on a quiet afternoon between the morning rush and after work crowd at happy hour. A lingering cigarette alone in a dark barroom with double shots and bottomless pints of brew stewing idle visions. Lazy daydreams dance reflected in a cloudyhaze. Watch the smoke curl around dusty waves of air.

Long discussions with total strangers or casual conversations with your favorite drinking buddies. There's nothing like it. I can wax poetic nostalgia with sentimental tripe about the demise of bars. Lament the decline of social interaction with other imbibers at the local watering hole where everybody knows your name. It was easy as pouring a beer in a glass as it was to pour your guts out into the sympathetic ear of some friends and strangers. Hiding in plain sight. An introverted extrovert trapped in a misfit weirdo world of frozen time on a sea of liquor.

In the bar there’s no judgment. All drinkers are created equally. It’s a psychology of therapy. Sitting with drinking buddies, there’s no scrutiny. Outsiders can’t break through to the exclusion club. All are welcome and the price of membership is total freedom. Reserve judgment on those sober few who refuse. Like the demise of drinking establishments so goes the drinkers.

There's an old snapshot of two cohorts and me reuniting at the Mt. Royal Tavern years after our wanton years were waning. The wrack and ruin of poor besotted patrons in the saintly presence of others just like them. Beyond some Buddha bardo no easy nirvana Zen of stupors, hangovers and blackouts. Petrified and pickled. Just another stiff getting the bum’s rush out the door. The pleasant delirium of knowing something and not knowing a damn thing.

I couldn’t find that old photo. I couldn’t remember who shot the photograph or how I gained possession of it. I couldn’t recall thedate it was snapped. I’m guessing it was at least 20 years ago. Sometimes I’m lost in the memory department. Looking back to diminishing returns of people, places and things that fade with age. In the image, I’m sitting at the bar between Randy Gogatz, who died not many years after, and Ray Huettner,who died last week. Like the missing photograph they’re gone. The bar’s still there. As far as I can tell I’m still here wondering where everything goes when its gone.