He helped form ASCAP with the purpose of protecting intellectual property rights. 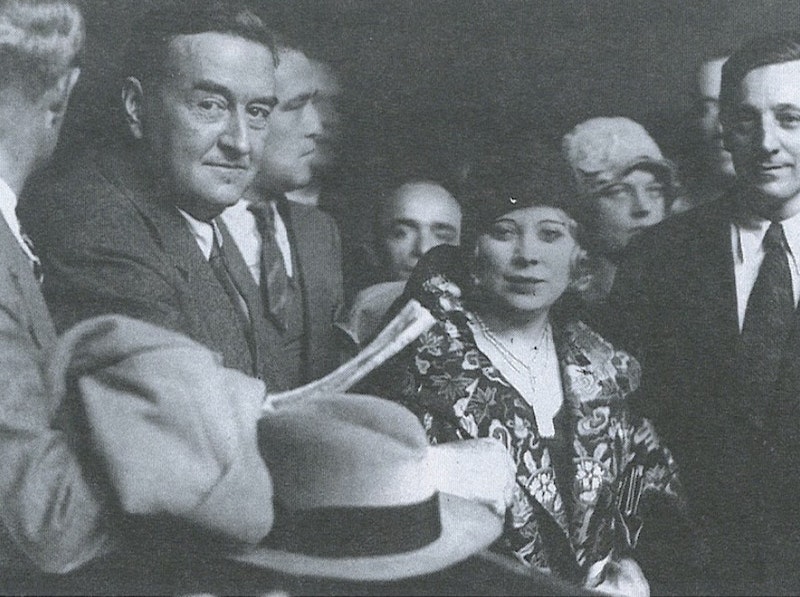 Anyone who posts a video on YouTube only to get a copyright strike because of an image or a song illegally pilfered can probably thank Nathan Burkan. A largely forgotten but hugely influential lawyer, Burkan is the subject of Adventures of a Jazz Age Lawyer, a captivating look at an American original. “The Moses of Copyright law,” Burkan helped the passage of the landmark Copyright Act of 1909. He also played a key role in the founding of the American Society of Composers, Authors and Publishers (ASCAP).

As Jazz Age Lawyer author Gary A Rosen puts it, “Together with the Hollywood studio system, the 1909 Copyright Act and 1914 formation of ASCAP formed the legal and institutional infrastructure upon which the United States became the world’s leading generator and exporters of creative energy in the early twentieth century.” Burkan's spirit was probably smiling recently when Linkin Park sent the Trump campaign a cease-and-desist letter because the President was using their music in a video.

Rosen’s a good writer with a fun story to tell, and his enthusiasm make Jazz Age Lawyer a delightful read. He loves these characters. (Burkan is the kind of lawyer that, in a different age, Tom Wolfe would celebrate.) “Underneath his force an brilliance, he was a sentimentalist,“ Gene Buck, the president of ASCAP said in his eulogy of Burkan, who died in 1936. “Stories of the man’s capacity for friendship were legion. Those who knew him best liked to tell and re-tell his many kindnesses, his ever-constant desire to help the low as well as the mighty.”

Burkan came to America in 1886, the eight-year-old son of a Romanian Jewish couple, Tillie and Moritz Burkan. Moritz operated a succession of luncheonettes and pool rooms in the red light district. After passing an entrance exam at 15, Nathan went to City College. From there he was taken under the wing of Martin Engel, a Tammany Hall leader. Rosen: “Engel could find a place in the prostitution and gambling rackets that he protected; for those with ambition and a modicum of scruples, he might arrange a bureaucratic sinecure through Tammany’s vast web of patronage. The select few who were ambitious, scrupulous, and blazingly intelligent, such as Nathan Burkan, were groomed for higher callings.” Burkan went to New York University Law School, graduating in 1899 at 20.

Still a year too young to sit for the bar, Burkan took a job with lawyer Julius Lehmann. Burkan’s life then intersected with musical composer and larger-than-life character Victor Herbert. Herbert had arrived in New York a few months before the Burkans, the husband of opera diva and “Wagnerian soprano” Frau Therese Forster-Herbert. Herbert was born in England and educated in Germany. He was, writes Rosen, a man of “prodigious musical talents” and “Falstaffian appetites.” Herbert was a garrulous and generous man as well as a capacious drinker with a ribald sense of humor. A classical musician and “light opera” composer who became known for 1903’s operetta Babes in Toyland, among other pieces, Herbert made extra money by leading a traveling group of pop music players called the Lambs Club All Star Gambol.

In the early-20th century music could be played in restaurants and dance halls in America with no compensation to the artists who’d written it. Herbert didn’t like this, and went to lawyer Julius Lehmann to file a suit. After passing the bar in 1900, Burkan became Herbert’s lawyer. Burkan helped Herbert and a group of composers and music publishers, including Irving Berlin, to form ASCAP with the purpose of protecting their intellectual property rights. ASCAP sold licenses to businesses that wanted to play ASCAP members’ works; proceeds were distributed to members based on the number of compositions they owned. “It has been established as common law and recognized by our courts that rules attending property must keep pace with its increase and improvements… and copyright law must correspondingly extend,” Burkan wrote in his testimony to the US Congress and Senate in 1906. Soon after that, Congress passed the landmark Copyright Act of 1909.

Many businesses refused to submit to the new model, and Burkan sued on behalf of Herbert. The case went to the Supreme Court. In a 1917 opinion authored by Oliver Wendell Holmes, the Court sided with Burkan’s client. Copyright owners, the Herbert v. Shanley opinion said, should be paid if their music is performed in a commercial place, such as a restaurant—even if the music isn’t the sole reason the patron is visiting the business and there’s no charge for admission. Jazz Age Lawyer features Burkan in a 1924 photograph with Herbert, Irving Berlin, John Philip Sousa, and others on a trip to Washington, DC, to promote increased copyright protection. Burkan, The New York Times’ obituary observed, was “an expert cross-examiner” who “frequently baffled witnesses into statements which upset their case.”

Today ASCAP has more than 480,000 members and distributed to them more than $4.2 billion over the last five years.

The Herbert case launched Burkan’s colorful career. In 1930, he successfully defended Mae West (photo), accused of obscenity in her show Pleasure Man, a “gay play” that featured cross-dressing men. Burkan was one of the earliest proponents of massaging the press and playing to the public, telling West to dress in black frocks for the trial. (After winning West’s case, Burkan sued her for failing to pay his fees.) Other clients included Charlie Chaplin, Florenz Ziegfeld, and movie companies including United Artists, Columbia Picture Association, and Metro-Goldwyn-Mayer. Burkan appeared on behalf of Gloria Vanderbilt in the infamous custody battle over her daughter.​