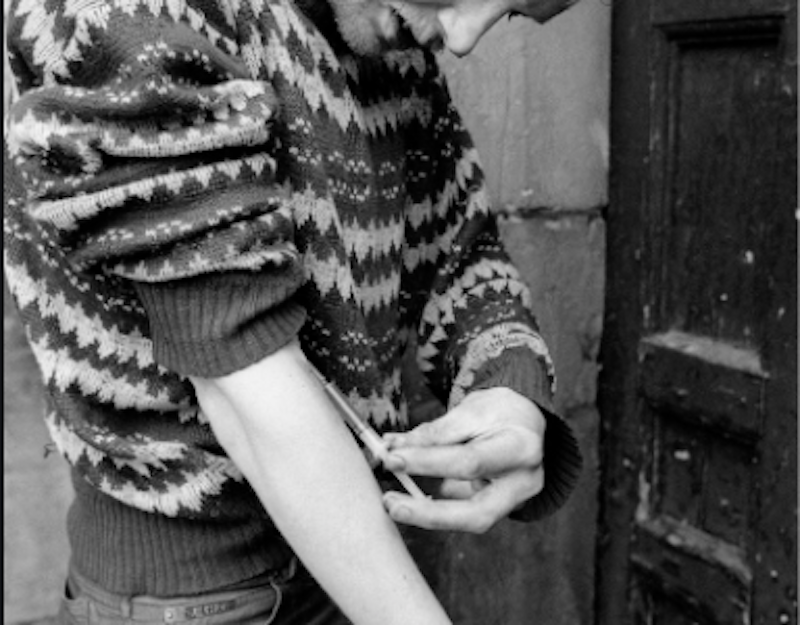 August, 1968. I was 18. Legal to drink (at least in D.C. where I was moving). I’d grown up a lot; the world had changed. I didn’t have much time for my teen friend, Eric, when I returned to Towson from a summer working on a Swiss farm. High school, Towson, hippie friends, my garage band, drunken teen parties, were in the rear view mirror. High school graduation had happened three months earlier. Everything now was about the rush to get to the university in Washington, DC for freshman orientation in a few weeks. Plus the idea, for Eric, of me in Europe was a bit too weird for him to fathom. And worse, I was on my way to live in Washington, D.C and go to college for the next four years. Eric knew it was a widening breach between two friends who had less and less in common.

Eric wasn’t interested in world travel. He was a pretty lazy guy who preferred lying on his bed, paging through magazines, and having his girlfriend scratch his back. The idea of getting a passport, tickets, packing clothes, and flying 4000 miles, was just a hassle. Nor would he have liked the food. Eric was pretty hefty, so a stroll through a museum or down a city street was his idea of getting out. Why take an airplane, when in a car, you could stop wherever and whenever you wanted, explore an old farmhouse, or a rambling antique store downtown or buy bags of Squirrel Nut Zippers and cheese popcorn.

Since I hadn’t been in Towson for about 10 weeks, Eric had descended into parts of the drug culture he knew I wanted nothing to do with—mainly injecting heroin. While I’d become fond of Swiss cheese, he’d become a fan of the needle. He and his junkie pals shot heroin, and anything they could get their hands on. Barbiturates, the happy pills of the 1960s, were a popular choice. I learned their names: Demerol, Seconal, Tuinal, and Nembutal. They were easy to snitch from many home medicine cabinets of the 1960s—“the mothers’ little helpers.” Junkies chopped the pills into powder; they cooked it with water in a spoon over a candle. I heard some even shot up French wine. They used eyedroppers taped to a dull needle, an apparatus that screamed “I will kill you!”

I didn’t like what I’d seen of the results of shooting up, which were stumbling, vomiting, scratching and a total exit from conscious interaction with the world. I was game for smoking pot, which made you laugh and made food taste good. I’d tried a few uppers and psychedelics and sniffed glue (once was enough), as a teen. But I didn’t like the look of drooling junkies oozing into the couch, or ODs, embolisms and blood-borne diseases. It wasn’t my future. I liked talking to strangers, reading, and movies, and travelling. Opium stupor was not on that list.

Eric asked if I wanted to try a shot, but when I refused, he agreed, saying it’s best not to get started, and I’d quickly leave. As the frequency of his shooting up increased, I finally told him that I didn’t want to hang out anymore. His curious, carefree, quirky hippie life was melting into a stupor. He’d become someone I didn’t like. He seemed to take this to heart, at least for the moment, and promised to quit all hard drugs.

The final straw was when a mutual friend overdosed in Eric’s bedroom. One night, I walked up to his house, and saw bright flashing lights from several police cars. Eric was sitting on the front steps, and waved me up.

Larry was a dumb, greasy-looking acquaintance; a slick drug dealer who hung out at Mort’s Pool Hall in Towson, doing his business, seemingly without a care in the world. Eric liked him, mainly because he got a good count from him, but I didn’t give him the time of day.

“Are they arresting you?”

“No, no, I told you I’d quit. He just came over, pulled out his paraphernalia, and shot up. He said he’d leave right after.”

“His eyes rolled up in his head, he rolled head-first off the chair onto the floor, he wasn’t breathing. I called an ambulance, and then checked around my room to make sure it was clean. The EMT said he died instantly from an overdose, and called the cops. They’re upstairs looking through my stuff. But I don’t think they’ll do anything to me. They won’t find anything. I didn’t do any junk, I just wanted him out.”

Eric looked panicked. “Bob, You’re the only person I know that isn’t shooting up, and if I lose you, there’s no hope for me, man. I’ll change, I’ve already changed, I swear to god. You’re my best friend and I need you.”

“We’ll see… call me when things have straightened out.”