How to Respond to the “Death of Cities” 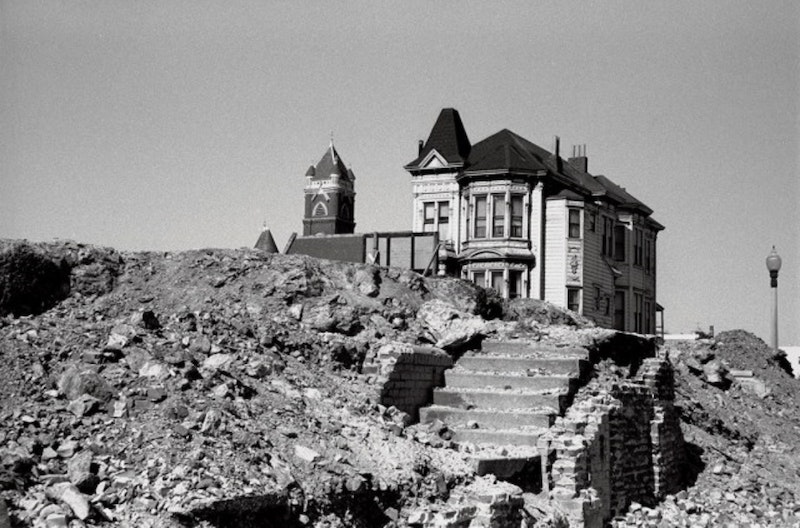 It’s going to be tricky, but I hope we can pull it off.

By “it” I mean how to “play” a hot-button topic that’s come up among the Twitter geniuses. This is the so-called “escape from” and “death of” our continent’s cities in the wake of the economic collapse and spiking crime rates that the pandemic has created.

By “we” I mean paleo- and traditionalist conservatives like me.

It’s been curious to see us paleocons sounding a lot like city-hating mainstream GOP conservatives as we gloat over the fact that New York City and San Francisco are a mere couple of turns of the calendar away from post-apocalyptic undead ruin in the fine old style of “Devil’s Night”-era Detroit, pre-reform Camden, NJ, or Indiana’s own Gary. (Which, to give it its due, generated the magnificent Jackson 5 in addition to urban dysfunction of a particular virulence. The only time I ever visited downtown Gary, I had my pants stolen by a small crew of not unphotogenic young ruffians, leaving me standing in my BVDs and sandals alone on the southwest corner of the intersection of the city’s Broadway and 5th Ave.—an experience that, I must admit, didn’t quite traumatize me as much as you might think it should.)

And yet one of the numerous important things that differentiate us paleocons from regular American conservatives is that we are supposed to be in favor of the traditional city. In favor of its mixed-use density, its cultural richness, its walkability. We hold it as a counterexample to the atomizing single-use geography of automotive suburbia, in its sprawling loathsomeness.

In other words, we’re supposed to want the New York Cities and the San Franciscos to thrive. But now we’re finding it difficult not to cheer on the spectacle of the “blue” cities in their agony, with all of the fine little diversions that the spectacle includes: rapes and shootings in the twee neighborhoods favored by the progressive middle classes, downtown looting, etc.

I sense an intellectual disjunction here that will require our subtlest minds to resolve. If there were a sort of Ecumenical Council of paleoconservatism that could convene from time to time to settle such weighty matters of doctrine, it would be a fine thing, even if at the moment these great philosophers would have to settle for Zoom.

No sooner had I complained about the absence of legendary Orthodox theologian (and tenured Yale professor) Dr. Daniel Larison from the battleground of pro-Russian punditry than he published a piece about Russia in The American Conservative. More than 30,000 emails from his fans then flooded into my email, gloatingly calling attention to this new essay and, in at least one case, leeringly inviting me to self-pleasure.

On reading the essay, I found it “weak beer” compared with Dr. Larison’s past written output about Our Holy Mother Russia. I couldn’t quite put my finger on why. But then my Russian priest, Father Nicodemus, made the essay the topic of his sermon on Sunday.

“Dr. Larison has returned to writing about our Blessed Muscovy,” Father preached. (I’ve “cleaned up” our wonderfully portly and cackling Russian immigrant priest’s “picturesque” English where necessary.) “And yet I find myself underwhelmed. A dry rehearsal of America’s recent foreign policy sins against the sainted Kremlin? This is what Larison is giving us now?

“All fine as far as it goes. But where, I ask, are the charmingly spittle-flecked denunciations of post-Soviet liberals with which Dr. Larison, the great HOLY SNUFFLER of yore, once won our Orthodox hearts?

“Where the wonderfully hollow-eyed visionary paeans to the Logos and Theotokos? Given the wicked political unrest currently building in Belarus, could Dr. Larison not spare even one line to denounce the Westernized homo-liberals of Minsk and their Nazi degenerate Belarusian Joan of Arc? What kept him from a gloriously nasal and pedantic long-form denial of the existence of a Belarusian culture separate from Great Russian culture? Would it have killed Dr. Larison to point out that the Belarusian ‘language’ is nothing of the sort, but rather a filthy peasant dialect?

“But, brethren, I blame not Dr. Larison. I blame his young new editors, who are stifling him. As we know, the Tsar cannot err—but he can be betrayed by his ministers. I anathemize this new editorial regime—these foes to free speech, these crypto-Americanist swine.”

“Glory to Patriarch Kirill! Glory to the Moscow Patriarchate! Glorious to the Russian Chekists whom a wise Kremlin has no doubt already secretly deployed to Minsk!”

The Case of Larison gets stickier with every passing week...