Journalist in Japan Sends Weird Email to My Editor

Wounded after criticism, he retaliates with a personal attack. 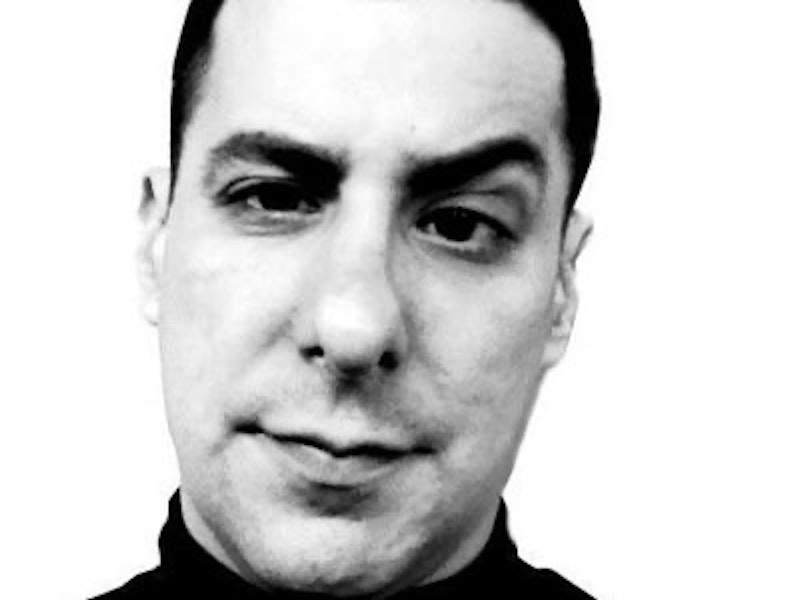 Writing for Splice Today, I’ve been critical of many writers and media outlets in the past several months. Writers for publications like The Washington Post, Salon, USA Today, Deadspin, and The Guardian, for example. Recently, I’ve written two articles about poor reporting coming out of Japan by the English-language media based there. Both of those pieces have contained pointed criticism of one journalist in particular, Jake Adelstein, who contributes to The Japan Times, The Daily Beast and Los Angeles Times.

Of all the writers I have critiqued, the only one I’ve heard from is Adelstein, who bills himself as an "investigative journalist" on his Twitter profile. Actually, I didn’t hear from him directly, but he emailed an editor at Splice Today and wrote some very peculiar things about me. His email eventually made its way to Splice's publisher, Russ Smith, who brought it to my attention.

Adelstein's email (subject line: "Who is your writer Chris Beck? And why does he keep trolling people?") mentions Christopher Johnson, which he suspects is my real name. Adelstein writes: "More than a few people have suggested that he is actually Christopher Johnson, a disgruntled writer who was working in Japan for several years." Yes, I did live in Japan 15 years ago, but not as a "disgruntled writer." I wasn't even writing for publication then. And who are these people suggesting I'm Johnson? Adelstein and some people he's "alerted." My favorite line: "Maybe Chris Beck is not Christopher Johnson’s sock puppet but who is he then?" Who am I?  I'm Chris Beck, who’s obviously gotten inside Adelstein's head. His grievance is revealed in this sentence: "But he seems to be using your website to troll people or take revenge on those who slight him." I think I've hurt someone's feelings.

Adelstein continues: "I can’t find anything to show he has the credentials he claims to have." What credentials? The only credential I have ever claimed is on my Twitter profile, which states, correctly, that I was credentialed to cover an ATP tennis tournament.

This Johnson is a horrible person, Adelstein informs my editor in his email, and even if I happen not actually to be him I should not "staunchly defend" such an individual. Christopher Johnson is a 1987 graduate of Carleton University School of Journalism and has covered conflicts in Ukraine, Iraq and Syria, working as a frontline reporter all over the world. His work’s been carried by the Japan Times, The Christian Science Monitor, and CNN, among others. He goes to the world's ugly, uncomfortable, dangerous places—wars and natural disasters—most people can't handle, while Adelstein works from his home in Tokyo. Did Adelstein go to Fukushima to cover Japan's nuclear disaster, the biggest story in Japan in this century? No, but Johnson did.

In his email, Adelstein claimed that Johnson left an abusive message on the answering machine of an individual named David Schaufele eight years ago in Japan. I don't know Schaufele, so I Googled him. One of his projects was directing a documentary called 9-11 Eyewitness Hoboken TV, a conspiracy take on 9/11, suggesting that the planes didn’t really take down the Twin Towers, but rather that Larry Silverstein, owner of the World Trade Center, had blown up his own buildings for the insurance settlement. Schaufele also works as a voice actor, bragging in an interview that he's made "millions" doing voice work. Adelstein tweets about this easily manufactured voice mail regularly, putting Christopher Johnson on trial on social media.

Adelstein also informed my editors that I’ve been "trolling a large number of people" on Twitter lately, including himself. By "trolling," he means tweeting things he doesn't like to read. It's odd, and self-serving, that another writer would tell my editors I'm defending someone he obsessively attacks on Twitter. Why would an editor with decades of experience in the business care about a tape allegedly made of Christopher Johnson talking on the phone eight years ago? In his email, Adelstein writes: "Most people would not rise to the guy’s defense." I often defend people who are wrongly accused, bullied and put on trial on the Internet with unverified evidence, so I am definitely not "most people."

So to Adelstein, investigative journalist, I’d say: You're weird, man. Your emails to Splice Today reek of desperation. Sorry I don't write nice things about you, but that's not my job. Your work doesn't move me. I doubt your credentials too. Okay, you want to talk about what "more than a few" anonymous people say about me? Well here's what "more than a few" people say about you. Nice try attempting to get my editor to suspect I'm Chris Johnson, but Russ Smith writes checks to "Chris Beck" every month. See how that works? I'm sorry I associate with experienced journalists you’re obsessed with, but don't trouble my editors with such frivolity in the future. You're bothering busy people who have work to do. Also, I can assure you I’ve no man crush on you.

Since you made false insinuations about me, I’d doubt the veracity of anything you ever wrote as an "investigative journalist." You don't investigate very well. An eighth-grader on Google could easily figure out I'm not Johnson. You take some sketchy, unverified tape you were given by a professional voice actor and 9/11 truther and use it to hammer Johnson, a fellow journalist, and a person you have a personal grudge against going way, way back.

But since you want to mix it up, let's do this. Why don't we put a little wager on whether I'm Chris Beck or Chris Johnson, and whether or not I have the credentials I claim? Let's say ¥10,000? You produce all your evidence, and I'll show you my driver's license and ATP tournament press pass. It’ll be quick. The winner donates his winnings to his favorite charity. What do you say, Jake? It’ll be for a good cause, and I know you seek the truth. You can contact my editors if you agree to this. You know how to reach them.