Dad spent a lot of time pondering life and its meaning. 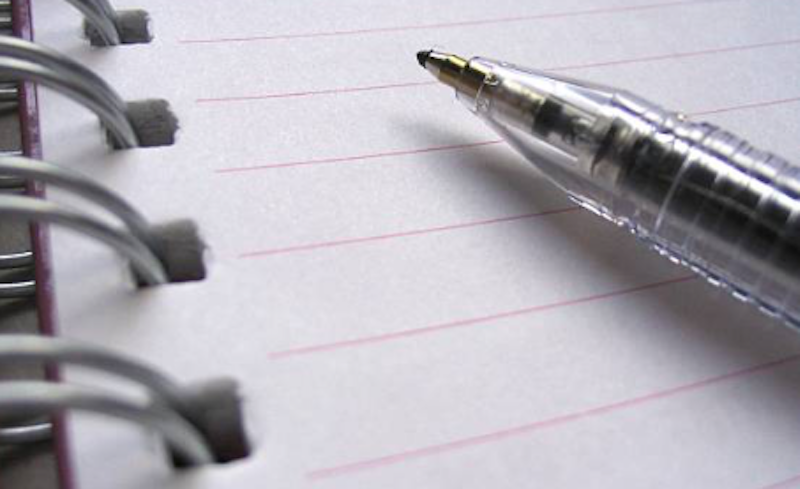 Dad liked to write. By that I don’t mean poetry or stories because that wasn’t his style. Dad’s form of writing was different; it was in the form of little notes, sketches, numbers, facts, and figures. He spent most of his free time in his workshop, building and fixing things. Each task brought him a new set of problems that had to be solved.

Most people who knew him would probably be surprised to know that dad was somewhat of a dreamer. He spent a lot of time pondering life and its meaning. He always wanted to know more and he always wanted to do more. He’d toil for hours in his workshop, and then take a break, go in the house for a cup of coffee and a cigarette, take a seat at the bar in the kitchen, or in his home office, grab a notebook or some graph paper and get to it. It was interesting to watch him because you could practically hear the wheels grinding in his head.

After dad died, we went through the desk in his home office and found all the notebooks, binders, and notepads with everything he’d jotted down over the years. Some of it makes sense to us, but most of it doesn’t.

I’m thinking about this now because about a year ago, I walked over to mom’s house and found her in dad’s office sitting at his desk looking through this little notebook. She said, “You’ve got to see what your father wrote in here.” He had all kinds of random things written, and as I looked through it, I wondered what all of it meant, and what he was thinking, and if I could put it all together. I tried to decipher it, but it was difficult. All the random notes he’d written over the years were impossible to piece together. For a while that really bugged me, because I thought that if I were able to piece it all together, I could better understand his thoughts, and it would help me understand him a little better. At that moment, I wished I could’ve said, “Hey dad, what’s all this stuff?” He would’ve enjoyed explaining it to me.

Then again, maybe I’m not supposed to make sense of it at all. Maybe I don’t really need to know everything that was going on in his head. All those little notes, sketches, numbers, facts, and figures were just his form of writing, his way of processing his thoughts, solving problems and making sense of things.