What was and what could've been with a high school crush. 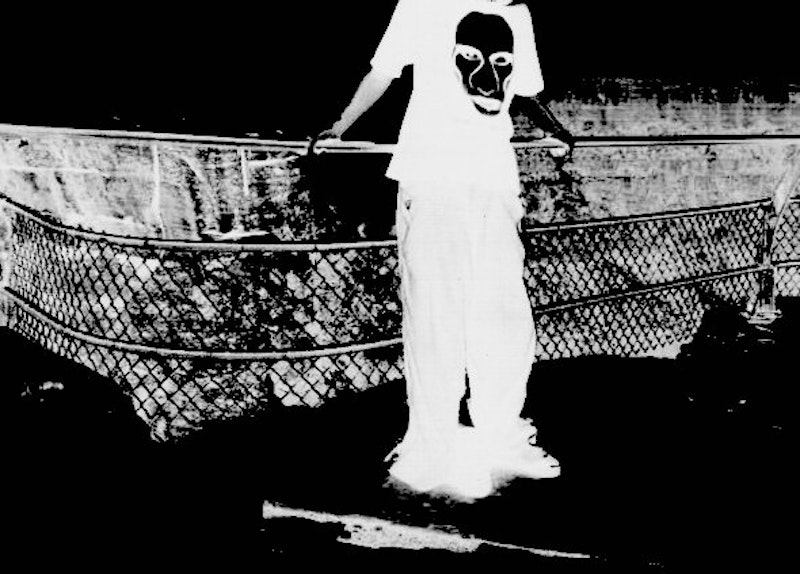 Mark walked into ninth grade Spanish class wearing baggy JNCO jeans, a Marilyn Manson t-shirt, a pierced eyebrow, and black eyeliner. His jet-black hair was slicked back and held in a ponytail. I wanted to know him more, but he sat too far away, and I was too shy to talk to him. It wasn’t until junior year that we were finally able to sit together in typing class. One day I was goofing off and typed some Manson lyrics on the computer. Mark saw it, and we started talking about music. I finally got his attention.

Teen angst had taken over by junior year; instead of trying to get other kids to stop treating me like a freak, I decided to embrace being a freak. Mark was a goth metalhead who could go to school with black lipstick and black nails without a care. He was also the first boy I fell in love with. I was attracted to other male students before, but Mark confirmed every lingering suspicion I had of being bisexual.

We talked every day in typing class. Our conversations first revolved around music—he introduced me to Coal Chamber and Soulfly—but later got more personal. He was also the child of an absentee father and was called a freak by fellow classmates. Mark claimed to be straight despite the eyeliner and occasional black lipstick, saying, “I’m just a pretty boy.” I still had my hopes.

Sometimes it felt like Mark had too many friends to leave any room for me. His best friend was a fellow metalhead named Zach; the two of them always hung out in school and got high together afterwards. Mark started dating a girl named Amanda around February. Despite getting along well with them both, I wondered why Mark couldn’t see me the way he saw Zach and Amanda. Or maybe he did, and I was too nervous to be more part of his life. He wasn’t at all judgmental. I still worried that if he knew how I felt about him, the friendship would be over.

I did drop hints. At the beginning of senior year, we had a class of 2001 group picture for the yearbook. All the seniors sat on the football field bleachers. I sat next to Mark on the top bleacher. “I can put my head on your shoulder as your gay lover,” I half-jokingly told Mark.

“Bitch, you’re about to get backhanded,” he replied, also half-jokingly. I still tilted my head towards his shoulder for the picture—a subtle coming out in front of the entire school. Nobody caught it.

I started dating a girl named Darlene shortly after, which took my mind off Mark for a while. He had a new girlfriend at the time. We still hung out before class, though, talking about how we were ready to get out of this shithole high school where everybody thought we were going to be the next Columbine shooters. Mark didn’t have any plans for after graduation, but I hoped his future would include me, whether as friends or something else.

We lost touch after high school graduation. I still thought about him, though, and hoped that he was happy. A few years later, I looked up his last name in the phone book and called the number out of curiosity. Mark answered the phone and was surprised to hear my voice. As we caught up on each other’s lives, he said he didn’t talk to Zach anymore because “he wasn’t okay with my sexuality.”

I paused, not knowing what Mark meant. “I’m bisexual,” he clarified. The phone call ended a few minutes later because Mark had to take care of his ailing mother, but he said it was great talking to me again. I agreed. As we hung up, I thought, “We could’ve had something.”