Oscar Berkman gets a new assignment, while Detective Death is up to his old tricks. 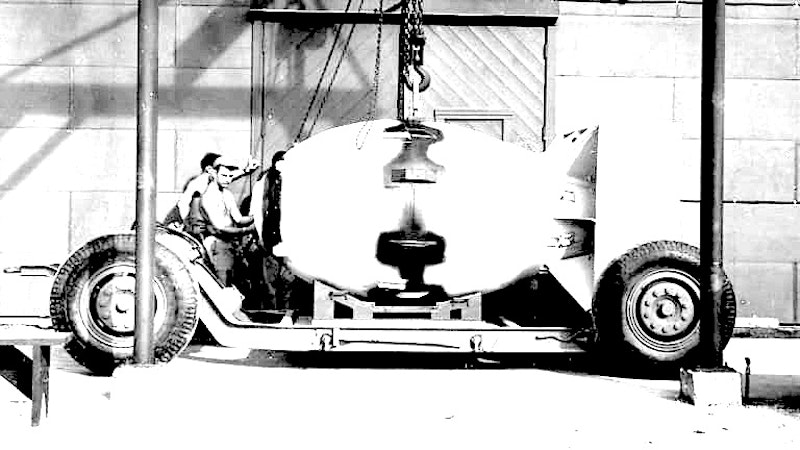 Detective Jack Chaser, also known by the moniker “Detective Death,” because… well, no one could say for sure. Many folks had ideas but just as many had other, different ideas—some of ‘em kinda screwy, if you ask me. But I suppose you didn’t, did you? You wanted “just the facts, ma’am.” But what I’m getting at is that truth is a fuzzy and messy, like a bag of kittens bashed with a sledgehammer.

“Berkman, what the hell is this?” Harry Leeds asked as his secretary, Velma, performed the unenviable task of shaving his back, so that he could do the important work, which at present consisted of doing a quick-read of the first few sentences of Oscar Berkman’s latest “Special Edit,”—taxing the meaning of “important,” Leeds himself would be the first to admit—but soon to return to the far more pressing matter of Sonic Blast for his much-loved Sega Game Gear. “It’s some sort of ‘stream of conscience’ crap! Artsy-fartsy sissy boy stuff! And you’re talking about squishing cute little kitty-cats or something. It stinks!”

Leeds “binned” the bundle of pages, then sighed exasperatedly before ultimately taking a deep breath through his chapped, reddened nostrils and exhaling it through his mouth. He smiled. “Look, Brickman…”

“Berkman. And I think it’s, uh, ‘stream of cons…’” Berkman tried but was rejected, much as, some time earlier, Leeds, playing a spirited game of Arch Rivals for the self-same Game Gear console with his preferred combo of Hammer and Lewis, had seen the latter’s would-be buzzer-beating elbow jumper swatted from the sky by that gangly prick Tyrone.

“It was a goddamn foul is what it was!” Leeds barked, still bitter over the 8-bit hoops travesty.

Velma finished up and was hovering, clearly irking Leeds in so doing. He looked over his shoulder at her to better convey his displeasure. The put-upon secretary then offered, “Did you want me to…?” and pantomimed with the electric razor in her hand, appearing to maneuver

it around some unseen object and even performing little “bzzt bzzt” noises with her mouth.

“Hah?” Leeds said shortly, turning around to give Berkman the “Can you believe what I gotta put up with?” sort of look his ilk have down to a science. Then it dawned on him. “Oh. Oh! Uh, no. No, Tits, we’ll, uh, mow the, uh, lawn later.”

“Very well, sir,” Velma said, then bundled up the huge pile of back hair trimmings in the newspaper upon which they’d fallen and headed for the door.

“See if my Game Gear is done charging!” Leeds ordered as she exited. He looked at Berkman once more, though it seemed as though he was seeing him for the first time. “So… what’s up? Whattaya got for me?”

After Berkman had stammered briefly and then retrieved the “Detective Death” op-ed stiltedly from the wastebasket—brushing off the stray debris, including a few of the mushrooms Velma had picked off Leeds’ “pizza pie with everything”—and presented it to him a second time, Leeds, who made no remark to so much as hint that he’d just trashed the piece both figuratively and literally, seemed thrilled. “This is great work, guy, really nice stuff. I knew I could count on you!”

Berkman was bemused, borderline bewildered, but thought it best to get out of there before Leeds’ opinion changed again or his memory returned or whatever exactly was going on with him happened. So he offered a short but convincing thanks and made for the exit.

Oscar was cursing himself for being too slow even as he turned back around to face Leeds, who, still shirtless, was now circling around to Bateman’s side of the desk. At least he was wearing pants today, Bateman thought; that wasn’t something he did all the time.

Leeds put a hand on Berkman’s brawny shoulder and said, “You’ve heard about this thing with the mong and The Man with the Gold Car, yes?” in a confidential whisper.

“Yeah, you know, the retard who got in the smash-up with The Man,” Leeds was even closer now.

Berkman tried to wriggle free, but Leeds’ hand only slid down his biceps, after which he looped his naked, hairless arm through Berkman’s—at best a lateral move. “Cater’s not retarded, sir. I… really don’t know what he is, but he’s not…”

Leeds now held Berkman’s hand, even trying to interlace fingers with him, a gesture whose creepiness was surpassed only by its patented strangeness. When he couldn’t make it work, Leeds settled for nestling Berkman’s meaty paw between both of his. “Look, deary, I don’t know and I don’t care about any of that. Where I’m from—Capital City, born raised!—we call ‘em ‘mongs’ and ‘shit-fiddlers,’ but if you have something you like better, that’s up to you. This is America, after all,” he said, patting Berkman’s hand gently, but then as his expression soured, he clutched it tightly. “Unless people like that piss-swilling con man Tidwell and his D.C. cronies…”

Berkman couldn’t take any more of the endless digressions or the weird hand-molestation. “You were saying, uh, about Cater and, and The, uh, Man with the…?”

“Yes, yes, of course,” Leeds reached for Berkman’s hand all over again but whiffed. He frowned, but continued without much delay. “The, uh, big-wigs—corporate, you know—are very interested, as are we all, in this thing and it’s very important that we keep an eye on it, and if there should be any,” his lizard-like tongue licked his thin, almost imperceptible lips, “‘Surprises,’” he came in even closer yet, “It’s very important we know about them first, before anyone else. That you let me know about them first.”

Berkman took a step back, nearly falling over the little stand upon which a few items—several stacked GamePro magazines of early-1990s vintage, a framed photo of a younger Leeds, The Man with the Gold Car and a third man with a very strangely shaped, beany-looking beard, all in front of the Gold Car—sat. “I, uh, don’t know that I follow, sir.”

“‘Follow,’ yes! Yes, that’s it exactly!” Leeds exclaimed and clapped giddily; something he’d only been observed as doing previously upon clearing a particularly challenging board in Sonic Blast or Chuck Rock, back when he’d briefly been obsessed with that little-remembered slapstick side-scroller. “That new skirt, Twiggs—great piece of trim, by the by; slipped her the Leedstaff and she loved it.

Loved it!— she’s friends with this Cater weirdo,” he paused to scoff at the very idea. Normally Berkman would’ve taken notes of Leeds of all people calling someone, anyone else a “weirdo” and balked accordingly but he was troubled verging on broken by the thought of Leeds having slept with Emily. Leeds seemed to notice his being distracted. “Are you listening? You look like you’ve seen a ghost, honey chile’.”

Berkman replied, staring off at nothing in particular, “Oh, I don’t stand a ghost of a chance with her.”

Leeds went to the door. “Velma? Velma! Is it… oh, thank god!” he said, then squealed delightedly when passed his fully charged Game Gear, which he briefly hugged against and then rubbed upon his chest, moaning with what bordered on sexual ecstasy. He returned a moment later to the nigh-on catatonic Berkman. “I didn’t say seduce her, guy, just follow her, see what she’s up to. We’re counting on you, Bergman.”

“Hmm?” Leeds, now immersed in the adventures of Sonic the Hedgehog, intoned absently.

Chaser lit a Black Death cigarette and put away his hip flask, savoring the burn of the grain alcohol in his chest. He squinted his gun-metal gray dead cold steely hardman eyes, peering out through the thick, almost viscous cloud of smoke billowing from the Black Death, watching the rat bastard they called The Evil Genius.

“Something stinks,” Chaser rasped, breathing smoke. He looked at his partner/ostensible commanding officer/former best man/sometime roommate/occasional bowling teammate, (The) Chief, and the sardine-on-sourdough sandwich he was wolfing down. “How can you eat that crap, Chief?”

The Chief spoke both between and through mouthfuls of sardine sammy. “The wife makes ‘em, says they’re good for me. Packs me a baker’s dozen of ‘em ahead’a these stakeouts. You know that, Chaser—what gives?”

Chaser took a long drag from his cigarette, the resulting smoke smelling like a tire fire. “What? I thought your old lady’d been dead for years.”

Chaser took another pull from his flask. “I’m fine,” he said tersely, then followed with a quick swig. Turning back to looking out the driver side window, he grumbled, “Tired’a this fuckin’ shit. He’s up to somethin’. I can tell. I don’t care what anybody says. I’m gonna haul him in, make him sweat under the lights. Get the low-down on the down and dirty.”

“Chaser,” Chief intoned worriedly, snagging a Black Death out of the pack on the dash and forcing it up his left nostril, snorting long and loud.

“You comin’, or you gonna sit on your ass and eat more of those rotten sandwiches?” Chaser jabbed, leaning back into the car as he tucked his .50 caliber Desert Eagle into his jeans.

The Chief swallowed, a concerned look on his jowly, hangdog face. “Aw… hell,” he groaned, struggling out of the big obsidian 1970 Monte Carlo.

Chaser tossed aside his butt after using it to light another Black Death, popped the collar of his black leather jacket and said with what was as close to enjoyment as a man with a heart of chiseled ice cold stone ever came, “It’s showtime, Fat Man.”