Dreaming of a Russian-Teuton Axis 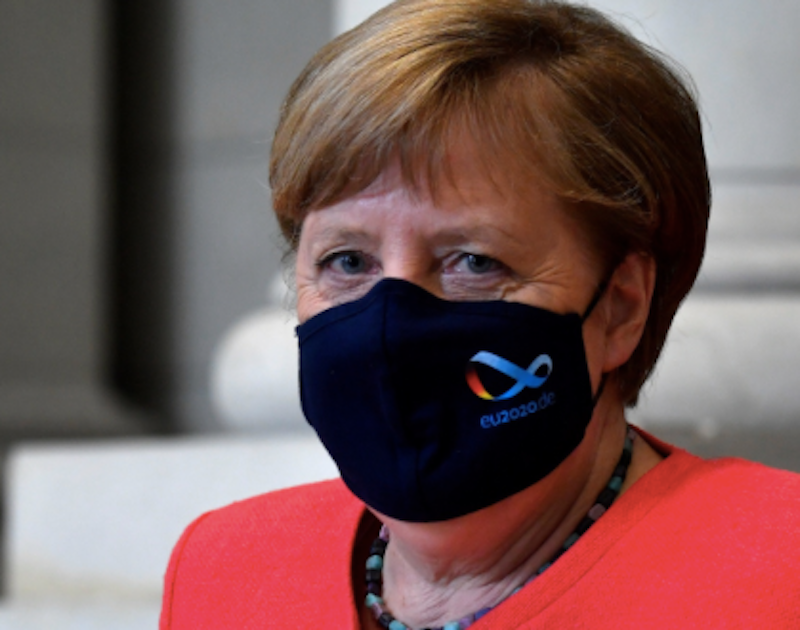 As pundits fret over the current political violence, I find myself cheered by it. Granted, here in the rural Midwest I’m unlikely to see my windows broken or my car (a ‘92 Camry, for what it’s worth) set aflame.

But it’s more than that. Political violence, which was the rule throughout long periods of our history, is to me rather the harbinger of a coming political springtime. After decades of neoliberal coma, the direction of our country is again a contested matter. A brook that was long frozen during years of “consensus” has now thawed; it remains now to channel the waters.

I might be less complacent if I believed my side was going to lose. But I’m confident that, at the end of the day and after many vicissitudes of fortune, my side will win. Try as I might I can see no viable future for liberalism in any of its forms.

Several Russian-born members of my church parish are less optimistic about the new American street violence, seeing it as a harbinger of social breakdown. “We’ve seen such chaos in Russia, John,” one of them said. “It leads to nothing good. The U.S. needs its own Stalin right now. Not a big Stalin. A small Stalin. But it needs a Stalin.”

It’s in contrasting my optimism with their pessimism that I feel most shamefully my Americanness—my citizenship of a country secure in its borders, one with a tradition of peaceful political continuity and that has experienced a centuries-long run of good luck. I think: How little do I, a naive American, know in comparison to my Russian cousins! How innocent I am! How lacking in Russian tragedy and wisdom!

Here I recognize my “American privilege”: an inherent evil that I’ve possessed since birth, one for which I must lacerate myself, and endlessly repent.

Last week I wrote about the happy prospect of a Belarusian anschluss with Russia—a return of an Eastern Slavic and Orthodox nation to the Kremlin’s embrace, alternatively stern and tender.

Add to this excellent news the reports that Chancellor Merkel has signaled support for the Nord Stream 2 pipeline, which would send Russian natural gas directly to Germany. In my more optimistic moments I imagine that the intensified Berlin-Moscow partnership that Nord Stream 2 promises will point the way toward a future Russo-Teutonic axis that’ll master the Eurasian space. It’ll drive the last nail into the coffin of the EU, banish the imperialist U.S. military presence from the Old Continent, and reorient European politics in a post-liberal direction for the long term.

Does it seem ludicrous that Germany should participate in such a project? Germany isn’t as lost to liberalism as American observers would think. There are tendencies in that fascinating and complex country that make it a fertile ground for a traditionalist, post-liberal awakening. A subject for another post!

Meanwhile, Nord Stream 2, by making obsolete the Russian pipelines that cross the Ukraine, will do much to return the latter to its historical status as a geopolitical and economic backwater, depriving it of any small prestige its utility as a gas-transfer hub has afforded it and, needless to say, further impoverishing it.

Good. A dirt-poor liberal-fascist state is a relatively less noxious one; and one less inclined to continue the aggressive war against Russia that it’s waging in the Donbass.

Just as much to the point, during a recent lunch I had in Bloomington with a group of Russian Orthodox clergymen from around the Midwest, the discussion turned to Ukraine’s future utility as a sort of colossal “joy division” for the German and Russian men who will someday (a boy can hope!) dispose of the fate of Eurasia. The country would essentially function as a free zone for the satisfaction of the lingering animal instincts of the civilized, a place where visiting Teutons and Great Russians could enjoy sexual relations with prostitutes, even child prostitutes, gambling, or the moderate consumption of the opioids that the Kiev regime smuggles across the Caspian Basin and the Caucasus from the fertile slopes of Afghanistan.

The idea, in other words, is of a country that functions for Germans and Russians as a “steam valve,” much as the Western frontier used to function for Americans. The effect would be to “offshore” anti-social phenomena out of the “clean zones” that the Russian and German metropoles represent and into a place that’s already inherently corrupt. One of our lunching priests put it in a less exalted way: “The country will function as a vast, stinking shooting gallery and brothel.”

Meanwhile, Harris of Indiana opened his digital Wall Street Journal this morning to find the following crackerjack headline—“Biden Has the Edge as the Final Stretch Begins”—above the byline of Karl Rove, that chubby Goebbels to the second, war criminal, Bush. What a sharp insight from this round pig! What keen and perspicacious political analysis! One wonders what the Dow Jones Corporation pays this glabrous swine, this cackling gelding, this chinless piece of American trash. My guess is in the ballpark of $30 million per year.