A Novel Grows in Brooklyn

David Goodwillie’s Kings County is an entertaining mystery, despite its flowery prose. 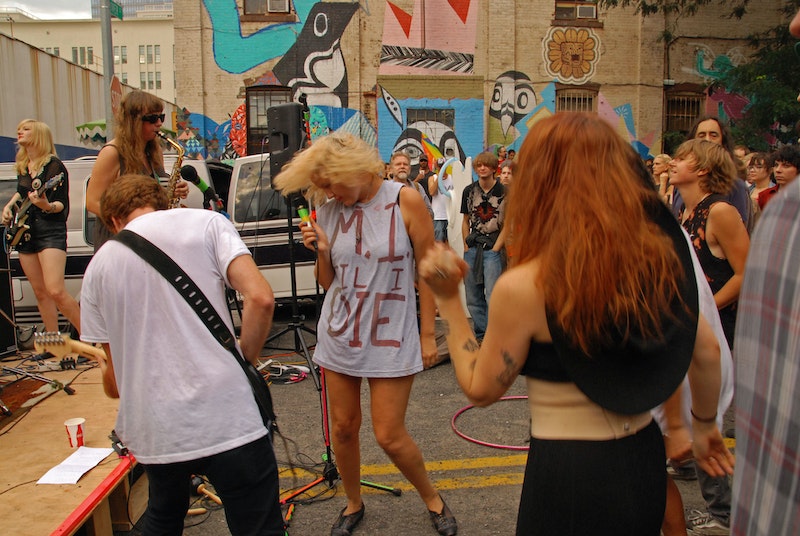 One September night in 1974, I walked into the Gatehouse office of Johns Hopkins’ twice-weekly student newspaper, The News-Letter, and was startled by the hustle and bustle of a production night: 20 or so people clacking on typewriters, editors barking (or joking with) at reporters, and the stacks and stacks of back issues lying around, just waiting for an errant cigarette to engulf the two-story building. A few days before, on the basis of an over-the-transom story I wrote about a car crash I’d been in, sophomore editors Alan Hirsch and Marc Duvoisin asked if I’d like to take over the role of features editor. The two of them had engineered a changing of the guard the previous spring, and as a result were short-handed; in other words, they needed bodies and I was the fortunate recipient.

It wasn’t my official starting day in the new position, more an observational tour that Alan invited me to. I was struck by a “Doonesbury” Sunday comic strip that was taped on the wall between the tiny newsroom and even tinier business office (an unappreciated branch of the paper; aside from typesetters and a few paste-up workers, no one was paid, and I learned early on the antipathy between business and editorial) that had an all-caps message: “WRITERS, ESPECIALLY REVIEWERS, DON’T LET THIS HAPPEN TO YOU.” I had no idea who put it on the wall, might’ve been from ’72 or ’73, but it made an impression.

Paraphrasing, Mike Doonesbury was reading aloud to his friends the start of an essay he’d written: “Nay, behold the shepherd, tenderly caring for his goats, mind dreamily wandering far beyond the abundance of God’s green earth, and contemplating the verities of faerie queens who, just 12 hours hence, would wave their wands of star-struck splendor, giving succor to the good slumbering peasants before the roosters awakened them for another day in the field.”

That’s the gist—even if such a long passage couldn’t possibly be contained in a comic.

I recalled the above anecdote while reading David Goodwillie’s new Kings County, a sprawling novel (420 pages) set mostly in Brooklyn (before and after the dreaded gentrifiers took over) starting at the beginning of this century and proceeding (with flashbacks to different years making up chapters) to the Occupy Wall Street movement in 2011. The positive news for Goodwillie (if not his publisher, since I’d already purchased the book, so case closed there) is that I finished his book—driven by a decent mystery yarn, taking place in locales familiar to me—and for any author today, that’s not just a pile of beans.

The bad news: he’s a pedestrian writer, prone to Mike Doonesbury passages even as he reaches for the concise and packed prose of Donna Tartt. Goodwillie’s problem, at least in my estimation, is that you can skim very long and convoluted passages and miss nothing: nod off during Tartt’s The Secret History or The Goldfinch and you must re-trace your steps.

The first wrong note—ultimately not the author’s fault—is a typo or just wrong fact that appears on page 117. Goodwillie details the Lawrence, MA youth of semi-protagonist and wormboy Theo, a hard-working fellow who longed to escape the small town and the vile prejudices of many of its residents, chiefly those of his redneck father. Goodwillie writes: “Tony Conigliaro, a promising Red Sox outfielder derailed in 1965 by a fastball to the eye, still enjoyed their [older, working-class, and mean residents] cultlike devotion.”

Problem: “The fastball to the eye,” by a wild pitch from the Angels’ Jack Hamilton, occurred on August 18, 1967 during a very tight American League pennant race, which Boston won on the last day of the season. It’s possible, in that year of “The Impossible Dream,” that had “Tony C.” not been flattened, the Sox might’ve prevailed in their seven-game World Series with the St. Louis Cardinals.

Picayune? I don’t think so. First, it’s an example of the depleted research departments at major publishers (in this case, Avid Reader Press, a division of Simon & Schuster) that such a mistake wasn’t corrected. Second, it’s not an isolated throwaway line: Goodwillie’s describing a town in Massachusetts, where beleaguered Sox fans were transfixed by their team’s improbable turnaround from American League doormats to playing in their first World Series since 1946.

Kings County isn’t devoid of charm: some of the ancillary characters cracked me up, and the description of a pick-up softball game between two bar-sponsored teams of rag-tag, stoned and hungover “hipsters” in Williamsburg is on the mark, not only for the arc of this story, but for anyone who’s played in a softball league where the camaraderie and drinking was far more important than who won the game.

I’ve no idea if Goodwillie is attempting to chronicle the Brooklyn/Manhattan divide of this century in the fashion of Jay McInerney, who wrote several wonderful (and slim; no page-long sentences or entirely pointless cliché-studded observations for him) books about Manhattan in the 1980s and 90s that did capture the lifestyle of a striving class at that time. McInerney was derailed by celebrity (hard to believe that just a generation ago, novelists were featured in the gossip page), and a chaotic personal life, but books like Bright Lights, Big City; Story Of My Life; and Brightness Falls were just a few notches below Tom Wolfe’s masterpiece, Bonfire of the Vanities.

The lead character of Kings County is Audrey, a brassy, funny, sarcastic, loud, and irritating young woman who arrived in New York from Florida in 2002, and took on a slew of jobs, lived in a slew of dumps, and is quick to dump on those who get in her way. After several years of hard partying, indiscriminate sex, and attempts at an acting career, she settles down with the aforementioned Theo and is an admired scout for an indie record label. Like it or not, the bossy Audrey is at the center of the mystery, and as I said, it’s not a bad one.

Typical of Goodwillie’s bloated prose is a passage about a small Cuban restaurant, Colon, in Bushwick that Audrey and Theo discover by chance, attracted by the salsa music (not long after, it goes without saying, New York ran a “fawning” review and the place was overrun by follow-the-herd undesirables).

He writes: “The restaurant was a cluttered palimpsest of stylings, with mismatched mosaic floor tiles and purple sponge-painted walls, adorned, in turn, with decidedly amateur oil paintings of toiling farmers and field hands, modern-day nautical instruments and lifesaving equipment, and replica posters from classic French and Italian films… But in spite of it all, and because of it all, Colon was perfect. They ate ravenously that first night, and drank roja by the carafe… At some point Victor [the owner] was called away, and Audrey and Theo let the restaurant settle in around them, this perfect little cantina in a Puerto Rican barrio, with its Cuban owner and communist/capitalist/seafaring sympathies.”

And on and on and on. The reader learns almost as much about Colon’s history and metamorphosis as the Westwood Brothers, the up-and-coming band that Audrey is helping achieve their dream.

Nevertheless, I finished Kings County, hooked on an implausible yet intriguing caper. The book is better than a “beach read” or “guilty pleasure,” and I’d suppose that’s achievement enough today.