The Science In Fiction 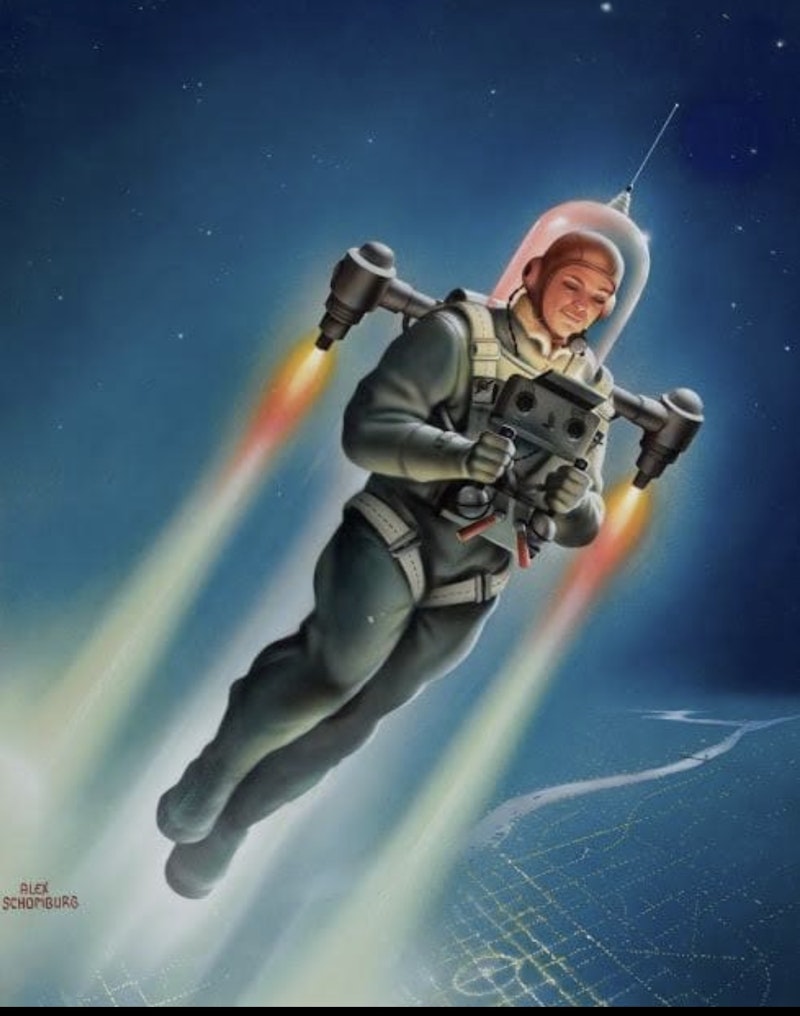 Life's so easy when invented from scratch. Time goes unnoticed. Preordained by the “great mystery” to a big finale end. Living’s not groping in the dark fumbling for a light switch. It feels like it at times, usually at the darkest hours. Forgetting more than you could ever recall, tableaus of sheer terror, manufacturing scenarios along the way to nirvana. It’s the art of dying by living well on a make-believe path.

History’s formulated to slowly decompose. Gradual rot keeps it all fresh. What endure are smelly leftovers shoved way in the back of the fridge. Trying to make some sense out of an appetite for knowledge. Some Poohbah Rah pushing all the right hunger buttons. Ruling over all they survey. Starving skeletons escape from closets, parade around on display for fun and profit. Feeding the public thirst for bloodlust. Fabricated formulas befuddle us during undocumented times. No animals were abused or tortured during the filming of this episode or bear false witness to actual events. Any resemblance to persons living or dead is purely coincidental. All names have been changed to protect the unborn.

The wise shopper forgets to look to the future, reliving the past and misses out on the big one-day only sale. Gullible consumers nurture selective memories of convenience. Now dawdling around town while twiddling thumbs at the countdown of life’s intellectual failure to launch. It’s the weird ragout of starry Nano particles afloat in a boiling stew of blood and bone. As the local good old boys and gals are fond to say, it’s a sinew of gelatinous marrow trending. Just add water. Preferably to opt out of culture. Cancel the subscription to the book club of public notice. Evolution charts humanity’s progress as those vote on this or that.

The outlands of everything you grasp are not so far away. Just a shout out to that place where fantasy mingles with perception. Like a seat at the Schlock O Rama Midnight Madness Matinee. The finite world comprises a rippling domino effect of historical accounts and pseudo-events rewritten to suit the historians’ hang-ups. Heaven’s nudist colony or hell's sideshow. All the mechanisms that make a brain function can go off its aka-zip kazoo Kazan of automata goulash. Last minute repairs gone horribly wrong. The toupee is askew.

Scientific discoveries render insanity normal. Trite banalities of the every day. It's oddly comforting to stare too long at them. Intergalactic hobos traveling around terrestrial tramp zoom towns and space tent cities harboring fatal attractions to apocalyptic death cults. Between you and me it’s the infinite, baby. Like the Star Wars bar in a Wild West town saloon.

The Homerville trolley to the map of the stars. It’s all the unnecessary and non-essential crap one must endure in a single day knocking around this world just to survive. Politics, religion, salesmanship, corporate sports, athletic heroes, mega-superstars, crass advertising, soldiers of fortune, priests, police, law, order, punishment, obnoxious overbearing commercials soliciting plastic garbage. Patriotic fervor bordering on fanatical fascism, reality TV, social media, Hollywood movies, movie stars, inane elevator music...when was any of this ever needed for life? It became the next big thing to livein a vacuum sucking up oxygen. As if all that mess isn’t enough, add one killer virus and a ton of stupid. One drop of liquor.

All this and more awaits enquiring minds between the tabloid sheets. Unable to believe the story of life as we knew it. They still want to know every painful detail. Like a census of the dead. The official story where everything is a cheap shot hoax and eyes and ears deceive. There’s a science to it. The hard line soft sell. Cold call from a false face society closed case mind meld file. The verdict is still out. Meanwhile, back at the lab, still breathing, taking it all in. Will report back again soon.