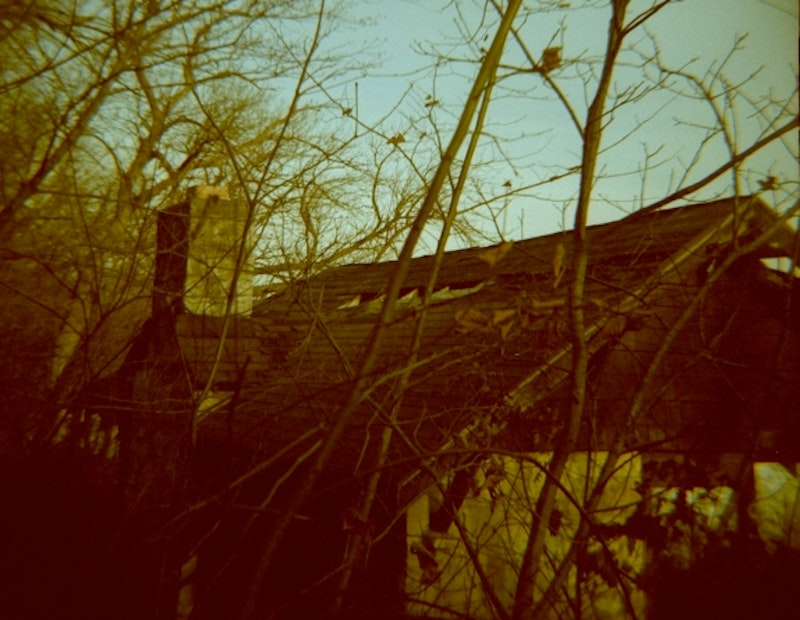 Jack's talking to me again about Vietnam, how he once radioed the USS New Jersey to shell a Viet Cong outpost, when the Viet Cong had his squadron under heavy fire. "We were just 18-year-old kids, man. You gotta understand." My whiskey's down to ice. Jack's been here for a week, drinking. He worked himself off Suboxone and the withdrawal's been kicking his ass—no sleep. He keeps forgetting what day it is. He already told me this story about the USS New Jersey a couple of days ago but I don't say anything.

Years earlier, I remember a friend from high school who’d just come back from his first tour in Iraq. He'd been a convoy driver for high-ranking officials in Baghdad; had obviously seen some shit. He broke down talking to a friend of ours one night, sitting around a bonfire and all I could think was how I'd never really seen anyone cry before. He ended up serving three deployments. Once he was with me at a show at the 8x10 in Baltimore and the power went out; the flashbacks hit—"We gotta check the perimeter!"

"Go ahead, tell me you're not on dope!" I walk out for a cigarette and a woman is yelling into a cell phone. "Yeah, no, I want you to—go ahead piss in a cup and send it—yeah, go ahead. Send it to me. Oh my God! Liar. Liar. Liar. You're such a fucking piece of shit! Fuck you!" I can't listen anymore. I take a couple quick drags and throw out the cigarette half-smoked.

On my walk home the rain has started up again and the wind is blowing in but the cold is gone. It's late November and the mid-Atlantic weather has gone totally schizophrenic; 25 one night, 70 a couple days later. The humidity is way up. I think it has to be something cataclysmic. I'm ready for snow—a big storm, like the one Buffalo just got, five ft.; something to just bury us all.

There are For Sale signs all over Hampden. The white trash has been bought out. Row homes that were worth $60,000 10 years ago are going for $200,000. Gentrification’s taken over. The Avenue has a juice bar, a wine bar, a Belgian beer hall. There's valet parking. From my third floor window I can look out on the big industrial cranes that are renovating the Rotunda—luxury condos, a parking garage.

Baltimore wears on me—it's like this sometimes. I sit on the porch and hear the neighbors argue and I want to kick the door in and kill them all. I hate all the bicyclists in their designer spandex. I hate all the pretty girls who walk their tiny dogs around. No, I don't care about your new band. I think my friend Brad got it right: a cabin in the woods at the end of a dirt road. He's been chopping a lot of firewood lately, fixing up the house. I drive out to see him and those old hills are still there, quiet and sad.