There’s always something to be thankful for. 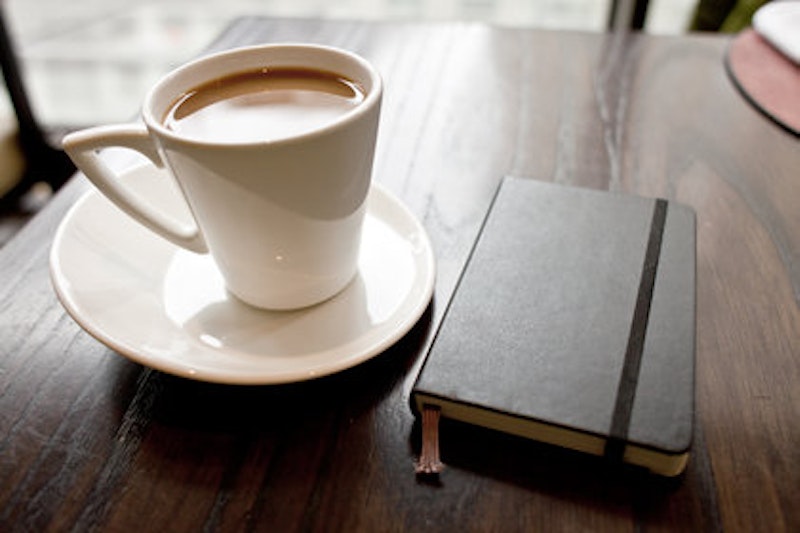 Years ago after my third miscarriage, the doctor told me I'd only ever had a 50/50 chance of carrying a baby to term. After I got out of the hospital, a friend dropped off a blank journal at my house. She said once during a tough time, someone had done the same for her, saying it was a “Gratitude Journal” and that you should write one thing in it each day that you’re thankful for. It helped her, so she thought it might help me. It did.

The doctor’s news had been very upsetting. I was diagnosed with a bicornuate (literal: “two horns”) uterus, which meant, as a weird sort of birth defect, the organ was misshapen; instead of a triangle, it was shaped like a “Y.” Fertilized eggs could implant, but babies couldn’t grow past a certain size (hence the three miscarriages) unless they randomly “landed” in the exact center. My macabre interpretation was that I was a human abortion factory who'd inadvertently murdered three innocent babies.

I was pretty horrified by the whole thing, but I already had two kids at the time, so in starting a “gratitude journal,” my first entry simply read “my two healthy girls.” Each day’s entries weren’t always so grandiose—often the journal listed things like “this beautiful autumn weather” or “a freelance writing assignment” or “a homemade Christmas ornament.” But there was something about writing the words “Today I am grateful for…” and then thinking of something; it was helpful. I kept the journal for a while and then got busy and forgot about it, though I still have it somewhere.

Recent events reminded me of its existence. In the hundreds of pieces of advice I got from friends and readers after this impossibly tough year (losing my house, my dad’s stroke, my sister’s death this month), one thing I noticed was a call for gratitude. Not a smug “Just be thankful for the things you already have” cliché, but the idea that finding gratitude for small things can help how overwhelmed you are with the big things. I’m not going to go all self-help book section on you, but there’s plenty to be found in books and on blogs about the relationship between grief and gratitude. One thing that really rings true for me is this Thornton Wilder quote: “The highest tribute to the dead is not grief but gratitude.”

I’m going to dig out the gratitude journal. I might know which box it’s in from when we moved. I want to spend energy appreciating small happy things in my life because spending energy just grieving is really exhausting. I have many things to be thankful for and it’s those things I’ll be thinking about this week. It might not be the classic “Happy Thanksgiving” for me, but I am grateful for the time I had with my sister. After someone we love is gone, the best thing we can do, really, is be thankful for the time we had with them.

Eventually, despite my grim medical diagnosis, I went on to have another beautiful little girl and boy. So after seven pregnancies, I beat the odds and ended up with four great kids. It’s hard to believe my oldest will be 21 in the spring. My first new entry in the gratitude journal will be “four healthy kids.”