They’ve got the brains and wealth, but not the heart. 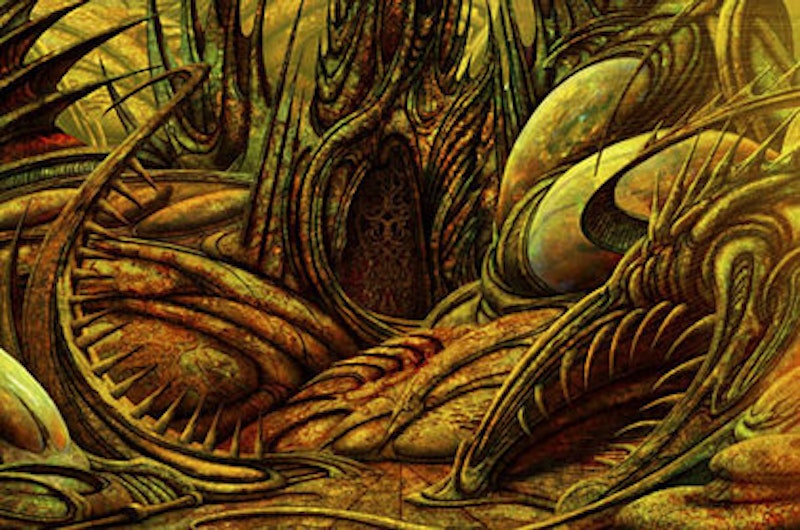 2014, and the windows still hadn’t been fixed. The hot water heater died, and the rat bastard landlord sent two “undocumented guest workers” that he’d clearly picked up at Home Depot to install a new one. A gas appliance installed by wetbacks didn’t exactly inspire confidence. Black sludge came out of the taps. You can’t get your residential tap water tested in Mountain View. The city doesn’t care. The town motto of Mountain View is “Poors OUT!” Unless you’re scab labor of the Latino variety, of course. They have lots of ghetto housing for them.

In the course of the surgery to fix her broken wrist, the doctors discovered that Daisy had acquired a very rare blood disorder called polycythemia vera, or PCV for short. Basically, the body overproduces blood, driving the blood pressure sky-high, causing fatigue and strokes. There’s a specific genetic marker associated with it, and Daisy didn’t carry that marker. It can also be caused by exposure to certain toxic chemicals. Trichloroethylene heads the list. TCE is also connected to cancer and kidney failure in cats and dogs.

I have a funny response to grief: I find someone deserving of damage, and I inflict damage. Not physically, of course. That’s unimaginative, and not really painful enough to be satisfying. The lawyers and tenants rights folks I’d consulted with had advised me that we had a slam-dunk case against the property manager, Chris Hopkins, and a good possible case against Craig Boyle, the owner. The hitch was that it would take about six months to get to the estimated $28,000 settlement, which would then be split with whatever lawyer we retained. The cost of living in Silicon Valley being what it is, it would wind up being a break-even proposition. That might work if Daisy was working, but things went critical at the Wal-Mart School of the Peninsula.

Daisy’s 88-year-old mom took a bad fall in her home in Florida. She spent a little too much time on the floor before she was found. She was alive, but hospitalized, and the prognosis was not good. Daisy alerted her colleagues at the school about it. She was already severely traumatized by the deaths of our cats and her own hospital adventure. This was the icing on the Golden Cupcake. Word got to (let's call her) Tina Rindel, the psychopathic tech sector washout school administrator. She had no grasp whatsoever of Rudolf Steiner, Anthroposophy, or the basic principles of Waldorf education, nor did she have the least interest in those subjects. She just needed a job, and somehow, in a momentary lapse of reason, these Waldorf cultists gave her one. Tina called Daisy into her office and told her that if she didn’t quit, effective in June, she’d be fired. That would’ve put us out on the street in February, so she opted for quitting.

Daisy had over 30 years of experience in early childhood development in the Waldorf system of education, most of it at the first and most prestigious Waldorf school in America, in Manhattan on E. 79th St., right next to Michael Bloomberg’s mansion. Tina Rindel came to the Waldorf School of the Peninsula after being shit-canned from some tech company. At one of the innumerable irrelevant and interminable meetings that she insisted Daisy attend, she actually said “We own you” to the professional educators. She always wore men’s shoes (black), suits (usually black), and shirts (usually white), and a super-butch buzzcut hairdo. She resembled no lesbian I’ve ever known, and I’ve known a lot of lesbians. She looked and acted like a classic male sadist, or some kind of Nazi. I’ve known enough of them to recognize one when I see one. Hell, I had them as clients when I was a teenaged whore on the streets of Philadelphia. I have a whore’s nose for proclivities and money. Given her employment track record, she probably couldn’t afford the surgery to get a penis. She wouldn’t have been able to afford me, back then or now. No one can afford me now. I quit whoring a long time ago.

She couldn’t find it in the budget to give the professional teachers a raise above the same salary granted to the inexperienced wives of Silicon Valley movers and shakers in need of something to do in the daytime besides shop and fuck the pool boy. She did raise $110,000 to make a severely underwhelming short video for the school’s website. By comparison, Paranormal Activity cost $15,000 to make and scared the living shit out of me. Those wealthy tech wives with their exotic vacations to Tahiti, Japan, Macau, and Australia got free tuition to the tune of $24,000 for their pampered brats on top of receiving the same salary as Daisy, with all her experience and understanding of the basic Waldorf principles as explained quite clearly by Rudolf Steiner. We couldn’t afford a trip to Monterey or Yosemite. A poor black woman from East Palo Alto got denied tuition aid for her child, most likely because she was black. Above all else, Silicon Valley hates and fears black Americans.

East Palo Alto is the perfect example of the blatant racism and total lack of compassion in that godforsaken valley. Located just across the 101 freeway from Palo Alto, home to Stanford University and the obscenely wealthy venture capitalists of Sand Hill Road, within easy walking distance of Facebook headquarters in Menlo Park, East Palo Alto is a pocket of desperately impoverished black Americans crammed into overpriced substandard housing alongside an ever-growing population of largely illegal Latino scab laborers. Given the presumed genius and the fantastic wealth of Palo Alto (which I referred to as “Shallow Alto”), one would think that solving the poverty problem in East Palo Alto would be easy. It would be, if any of those narcissistic psychopaths at the top of the food chain out there had any interest in doing it. They’ve got the brains and wealth, but not the heart. Instead of building an educational system to fast-track the disadvantaged children of East Palo Alto into acquiring the STEM skills necessary to advance in this world, Mark Zuckerberg and his peers formed a lobbying group with the sole purpose of bringing more H1-B visa recipients into this country from various third-world shitholes in Asia and Asia Minor. Estimates vary slightly, but there’s a pretty reliable consensus that the tech industry in Santa Clara County is no more than four percent black. That’s blatantly obscene, and visibly racist.

Daisy’s mom died on January 31st, Chinese New Year. The hematologist/oncologist treating her PCV refused to give her the necessary regular phlebotomies to keep the disease in check unless she took a drug called Hydroxyurea, known for transforming PCV into full-blown leukemia. We guessed he was planning on buying a new Ferrari, or a boat, or perhaps a nice house in Lake Tahoe. Chemotherapy is expensive. Capitalist medicine isn’t about healing the patient: it’s about retaining the customer. She refused the carcinogenic pharmaceutical. He refused to treat her. He was from India or Pakistan. He’s only here for the money. I wanted to put a Doc Martens boot up his ass.

Neither Mountain View nor Santa Clara County has the slightest interest in protecting renters. I’m quite certain that one could purchase a couple of storage sheds at Home Depot, plant them on a lot in Mountain View, and rent them out as studio apartments at $1000 per month without consequence. The state of California is a different matter. California has certain basic standards that must be maintained in order for a property to be placed on the rental market. I’d already established a solid trail of email exchanges with Chris Hopkins demanding some level of maintenance consistent with the annual rent increases. I informed him that he was “the textbook definition of a slum landlord: regular rent increases, zero maintenance.” I called California Code Enforcement and demanded an inspection.

We’d been receiving mail for the owner, Craig Boyle, since the day we moved in, including tax assessments, which led me to believe that he might be scamming a tax break by leading the authorities to believe he actually resided there. I contacted the property tax offices for both the county and the city and made certain that they knew this was not the case. He was an Artificial Intelligence researcher with a fondness for expensive bicycles and high-powered sports cars, married to a woman from Singapore. My research indicated that his own intelligence most closely resembled that of the most robust artificial intelligences: the high-frequency trading algorithms employed by the parasites of Wall Street, designed to put winning above all else.

Daisy and I planned our separation and exit. I’ve omitted our domestic problems, which were entirely related to the economic stress of the situation and the ridiculous pressures put upon her by Tina Rindel and her cohorts at the Wal-Mart School of the Peninsula. Ending a stellar lifelong career in a highly praised and effective educational system under duress in a hideous mockery of that system is a crushing blow. I won’t add to that by describing our relationship difficulties here. It isn’t pertinent. We were leaving in June, she to Florida with sweet little Betsy the kitten, to be near her family, and me alone to New Jersey, in search of a cheap cabin in the New Jersey Pine Barrens. My sole mission in the meanwhile was to inflict as much economic damage as possible upon Chris Hopkins, Westmont Development, and Craig Boyle. They value money above all else, like most of the wealthy in that accursed valley. Daisy was beyond consolation. The satisfaction of revenge would be a healing thing, I knew. Revenge is a healing force. I am here to collect. Forgiveness in the absence of contrition is a moral and ethical cancer.

The California Code Inspector came and ass-raped Westmont Development to the tune of somewhere between $10,000 and $15,000, demanding full replacement of the four defective windows, a full and thorough inspection of the pipes, and yet another replacement of the hot water heater, by a licensed gas appliance installer. Warren Pilcher died. Live Nation choked on the 757 they’d given Lady Gaga. Her sales tanked almost immediately upon receipt of the aircraft.

In the course of packing up for my move, I came across my old grimoires and occultnik accoutrements. I summoned up a few old Lovecraftian acquaintances and laid some curses. Revenge ain’t so sweet, but it’ll have to do, as The Mekons sing.

I spent close to $2000 shipping the bulk of my stuff to my cousin Bernice in New Jersey. I was in constant contact with my oldest friend, Tim Kerry. I’d grown up across the street from him in Camden, NJ, and he’d been the one who first initiated me into the deeper mysteries surrounding the JFK assassination. He assured me that he had numerous connections for cheap housing on or near the Jersey Shore and the Pine Barrens.

I had a list of cops I wanted to kill, pussy-assed cowards that had gunned down family pets for no good reason. I needed to refrain from doing that. I’d reconnected with an old friend, a fellow initiate from the OTO. She’d been morbidly depressed since the suicide of her wife a few years earlier, and I managed to restore her confidence to the point where she was willing to get in my car and keep me from killing a bunch of cops on my way across America on Route 80. On May 22, 2014, Richard Wagner’s 201st birthday, I packed up my car and left Daisy, Betsy, and California, forever. I stopped in Oakland and picked up Caitlyn, and we headed up into the Sierra Mountains, fueled by medical marijuana capsules and the works of Wagner on the classical music stations on the radio.

Our only fear was the cops.