A near miss with the flu leads to wandering thoughts of an emetic apocalypse. 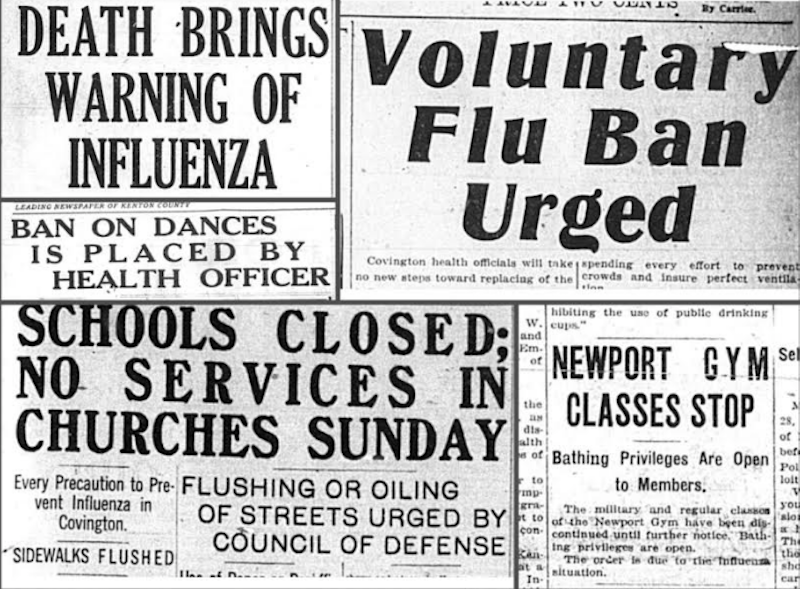 Did you get a flu shot this year? I didn’t, and haven’t since early 2013. That was the last time I got the flu, and it was vicious: six days of vomiting, nausea, cold sweats, and delirium. Whatever shot I got that year was ineffective, but don’t take my superstition as medical advice—I know one friend in particular who will scream with his hands to his head if he ever reads this. The flu shot is never 100 percent effective, and you can get sick even after receiving that year’s vaccine.

Flu shots are still the subject of street wisdom and urban myths, usually in the same vein as fluoridated water (the government is poisoning and keeping us sedated with fluoxetine, or generic Prozac) and contrails spied and slandered as “chemtrails” again keeping us all passive and comfortable in conformity. It’s all a bit They Live, and until someone gives me those glasses that reveal the hidden freemason messages under billboards and street signs, I’ll keep calm and carry on. Because you’re not going to find anything or discover any hidden secrets—it just puts you in a rotten mood.

Enough paranoia. Last week I got hit with the worst sickness I’ve had since that 2013 flu: bolting upright in the middle of the night and running to the bathroom to vomit for hours. I was out of commission for two days, completely miserable, mostly scared that I’d contracted this year’s flu, which as you know is particularly brutal and intense. A handful of friends have been unlucky enough to get sick and their reports from the front lines are bleak: a bug that strips your insides and leaves you wrecked for weeks, not days.

In The New York Times, Donald G. McNeil Jr. wrote a piece called “Trump, Tell Us About Your Flu Shot” where he argues that the President’s administrative disorder, ignorance, and lack of concern have left the CDC ill-equipped to deal with a particularly bad influenza season.

He writes: “But Mr. Trump’s disastrous choices for public-health leadership did contribute to the deaths that will occur between now and summer. His first secretary for Health and Human Services, Tom Price, resigned in disgrace last September after it was revealed that he spent $400,000 chartering private jets at taxpayer expense. The president’s choice for C.D.C. director, Dr. Brenda Fitzgerald, resigned in January after reports that she had recently bought stock in a tobacco company. That capped months of recusing herself from various official duties because she owned shares in biotech and health-information companies… The C.D.C. continues to function, of course, but caretaker directors overseen by a chaotic White House lack the political backing they need to charge up barricades waving a saber.”

Besides Trump’s expected ignorance and incompetence, I fear the flu will one year be the apocalypse that wipes our country clean. Even though all my friends in public health insist the scenario in Stephen King’s influenza epic The Stand is wildly unrealistic, that’s the kind of anarchy that scares me most, not nuclear blast zones or underwater cities or kamikaze airliners. Laid up last week, eventually assured by my doctor that without any fever or throat issues, that I most likely had a bad bout of gastroenteritis and not the flu, my worries moved from one future to another, a day when that killer influenza will hit and decimate our population. 2018 is the 100th anniversary of the Spanish flu epidemic, an oft-forgotten public health catastrophe that killed 675,000 Americans and between 50 and 100 million people all over the world.

We’re not beyond our own millennial black death, and when I’m delirious and dehydrated, my mind gets too hallucinatory and psychedelic for comfort. Connections in the brain and memories and people and places long forgotten pop back up, and the only medicine that staves it off is… Dude, Where’s My Car? One of my favorite movies, so ridiculously dumb, one I vividly remember seeing in a theater near the Chelsea Hotel on Christmas Eve 2000. Clear as it is, the memory is blown out and hazy, rose-tinted and framed by the sheen of halcyon days, better times when the apocalypse was still just something that happened in movies.