Counsel For the Defense

Preparation is everything at a trial. 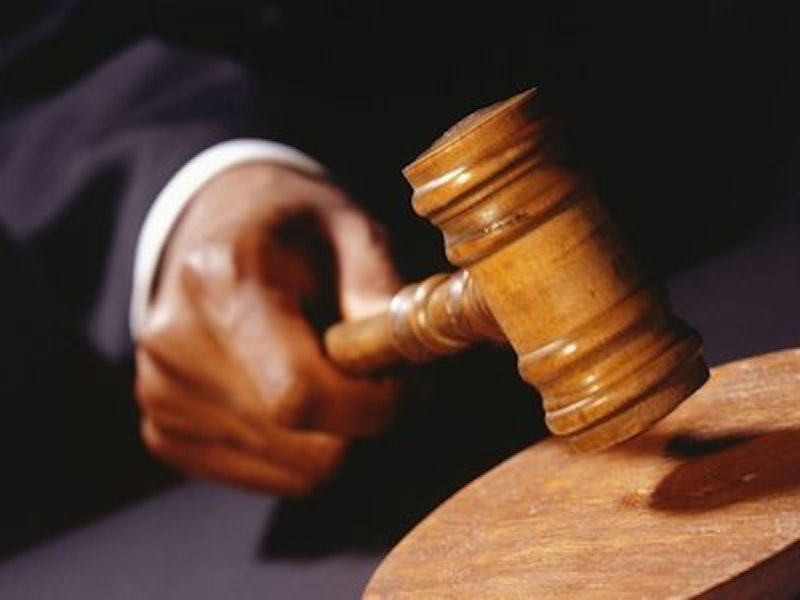 I understand I’m the only active practicing lawyer in rural Antrim NH. That may make me the best lawyer in a one-lawyer town.

I was writing one Saturday morning when a neighbor telephoned with a problem. Her 17-year-old daughter had received a speeding ticket a little after 3 p.m. on December 4, 2017. She’d been driving a friend to a medical appointment in Concord NH. She was more concerned for her passenger than the speed limit. She didn’t notice the speed limit had dropped from 65 to 50. She was barreling along at 75, anyway. She was stopped in Henniker, a small town on Route 202, the main road between Antrim and Concord.

The traffic stop was just bad luck. An acquaintance that lives in my town is a self-confessed lead-foot. Antrim’s constabulary has stopped him twice during the last two years. Each time he was cautioned to slow down and sent on his way without a ticket. The Henniker police apparently exercised their discretion differently.

She paid the fine. There were two things she didn’t know about NH traffic law, which I too didn’t know until it became my business to know. First, paying the fine is an admission of guilt. Game over. Second, drivers under the age of 20 who plead guilty to a traffic violation risk a 20-day suspension of their licenses.

The daughter had received a Notice of Hearing from the NH Department of Safety’s Bureau of Hearings. Her parents sent me a PDF of the Notice—email and PDF images are good things—and I began reviewing the relevant statute and the Bureau’s rules of procedure.

If she defaulted—didn’t show up—her license would be suspended for 20 days. If she appeared, she could present evidence in mitigation of penalty. The Notice of Hearing and the legal materials agreed that a respondent may make a plea in mitigation of penalty: in her case, by presenting evidence of an otherwise spotless driving record and the effects of a suspension on her education and employment.

Her parents emailed me more documents. Their daughter’s in her senior year of high school with a 3.5 index and an internship she’s working for college credit. She’s been accepted to six colleges in New Hampshire and Massachusetts and has applications out to as many more outside the Granite State. She drives to school and the internship. She also drives to outstate colleges for interviews as part of the application process. All these things are important, both now and in her future.

Both parents work. Suspending her license would inconvenience the entire family.

So I took the case.

Learning a new area of the law is part of the lawyer’s trade. I’d spent eight years prosecuting employee disciplinary cases before administrative law judges. I've presided over a couple of dozen proceedings as a hearing officer. I’ve represented hundreds of clients at bankruptcy hearings. This kind of work wasn’t wholly unfamiliar. But a few years had gone by since my last trial and I’d never been counsel for the defense.

I was retained on Saturday. The hearing was on Wednesday. Time to work. Preparation is everything at a trial.

On Sunday after Mass, I drove through Henniker along Route 202 from border to border to see whether any of the signage was defective. It wasn’t. Still, the lawyer should always go to the scene of the incident to see for himself.

I was finishing my draft direct examination when Mr. Boo entered the room. More formally known as Bolingbroke, our shy, gentle, and affectionate feral tabby began weaving about my ankles and mewing when he thought I wasn’t paying him enough attention.

I had work to do. I walked from my office. Mr. Boo followed. Once far enough down the hall, I doubled back and closed the door.  My client’s parents would pay me not to pay attention to Mr. Boo for a few days. Their fee will keep me in whiskey and cigars, and cat food, too.

My client initially wanted to default. But on learning that I’d done some work, she asked her father to bring her to my office so we might talk about it. We talked in her father’s presence. I told her that, though her parents were paying my fee, she was my client, not them. I’d execute her instructions. I’d an ethical duty to do so. I couldn’t guarantee success. If she didn't want to defend the case, I’d do everything I could to expedite the suspension and return of the license.

We talked for a bit about her hopes and dreams, of majoring in art and becoming a painter and sculptor. Then we went through my draft direct examination. I explained my reasons for asking each question, elicited her answers, and suggested appropriate and truthful responses.

James Fenimore Cooper called this practice “horse-shedding the witness.” The phrase stemmed from his observation of attorneys who rehearsed their witnesses in carriage sheds near the courthouse in White Plains NY. Any resemblance to an excremental phrase was probably intentional.

To me, this is legitimate witness preparation. The best client is one empowered with an understanding of the process. They become more comfortable, despite a stressful situation, once they understand how best to testify truthfully before they take the stand. We knew she’d already pled guilty to speeding by paying the ticket. Her arguments in mitigation of penalty were strong: great grades, a job, and acceptances to good colleges.

At the end of the conversation, I asked her to talk about this with her father, left the room, gave them five minutes, and returned to find she'd changed her mind: she wanted to fight, though understanding she might lose. Until then, I hadn’t expressed an opinion on whether to fight: that had to be her decision without pressure from me. Now I told her that she’d made the correct decision. Better to fight than just roll over. I quoted Pascal: “God does not require us to succeed. He requires us to try.”

On Wednesday morning, I drove to my client's house. Her parents drove us to the Bureau of Hearings in Concord. We went over the questions again. She admitted nervousness, but felt less nervous than before. We were second on the calendar.

The hearing examiner was a pleasant, good-looking man of about 35. He was warm and friendly without being familiar. He started on time at 9 a.m. and explained the process in clear, simple terms. He conducted the first hearing. Then he called my client’s case. We went up to counsel’s table.

I began my direct examination. She explained why she was driving to Concord—taking a friend to a doctor. I introduced a copy of the traffic summons into evidence and moved to dismiss the state’s case because of a flaw on the ticket’s face. The examiner was interested by my argument but denied the motion. I then brought in her transcript and asked about her extracurriculars. Her answers made clear that a suspension would interfere with her education and extracurriculars and affect her parents, who then would have to transport her to and from school.

We’re in rural New Hampshire. Our regional high school is about 20 miles away by car. There’s no public transportation, unless one counts a shabby school bus with some rowdy, unpleasant student riders.

I was about to bring in the evidence of her internship (no money, but college credit) when the examiner smiled. He waved his hand, warmly saying, “I've heard enough. Don't keep talking when you've won.” I shut my mouth. Over-preparing is better.

The hearing examiner didn’t suspend the license or levy another fine. He gave her a year's probation, which will automatically expire on January 17, 2019 without another hearing. The client and her parents are happy. Now I get to send them the bill.