Our three friends in the adjective kingdom. 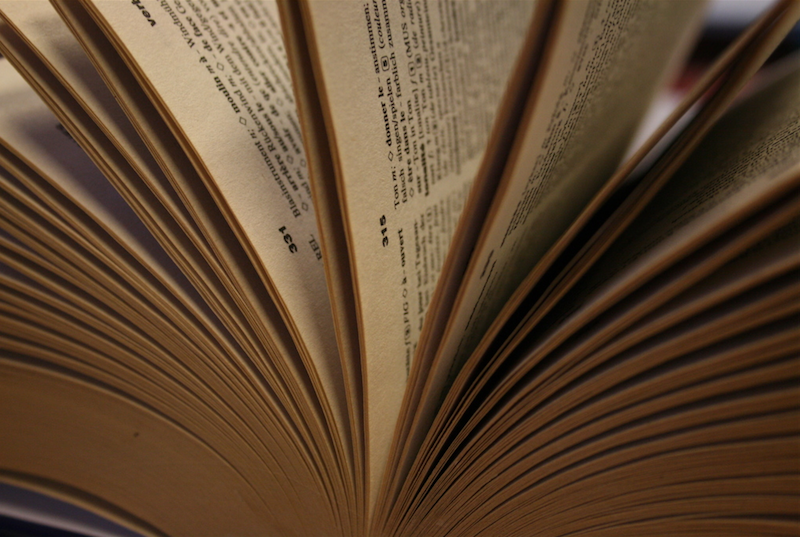 I’m going to look up inane, vapid, and fatuous. I have ideas about how they’re used, and I predict the dictionary won’t back me up. I say the three words are cousin words and serve three different though similar purposes. And I bet the dictionary will say no, they’re closer than that, that really the three words are pretty much the same. If the dictionary says this, I’ll have demonstrated a small bit of truth about myself: that when I write, I go by my ear. For me a word is something that makes a noise and comes with a meaning, those two things, and the first can influence the second quite strongly unless an authority puts its foot down. Inane, vapid, and fatuous sound similar but different, and there you go.

As I understand it, the three words all highlight the emptiness that comes with stupidity. Stupidity can be seen as a fully present force in its own right (“shit for brains”), but here it’s the absence of intelligence. This absence is a yawning gap: the supply of intelligence has gone so low that imbecility has resulted, and the words jeer at that imbecility. But now for my private interpretations.

An inane remark would be a banality delivered as an insight. Most often banalities aren’t offered that way; instead they’re mere mental grunts from the innards. But occasionally someone will say “It’s good when people are good” and say it as if bringing truth to the room. I’d say they’re being inane. A vapid remark, on the other hand, would show up the speaker’s minuscule values and concerns. A Valley girl talking about her shoes, or a fanboy complaining about a superhero show, runs a good risk of being vapid. It’s not a sure thing, but the odds are there. Finally, a fatuous remark would combine beaming good will and/or fond self-regard with an absence of thought. Someone making an inane remark might find the remark important when they shouldn’t. Someone making a fatuous remark would be reflecting on their own worthiness in making the remark. This reflecting might be in the back of the mind, but it’s evident. A missionary who was promising decent clothes to a Tahitian might say something fatuous.

We see that the first two have to do with absence (“empty… lacking significance… lacking flavor”), so I got that right. But the dictionary doesn’t give the three words one meaning. Furthermore, the real vapid is nowhere near my vapid. According to the definition, the word has nothing to do with values or concerns or even intelligence. Instead flavor and spirit are at issue. Merriam’s vapid would appear to mean dullness and listlessness. I find that hard to accept, and I point to the quoted examples; they match my preferred definition better than they do the official one.

With inane and fatuous I’m still in the game. Merriam’s inane does nothing to rule out mine, and their fatuous is at least inclined my way—“complacently.” Vapid is the killer. Merriam, would you call a sauce vapid because it didn’t have enough mint? Would you call a picnic vapid because the kids’ hearts weren’t in it? If your definition is right, my world shakes.