In Memory of My Grandmother

A personal essay, not an obituary. 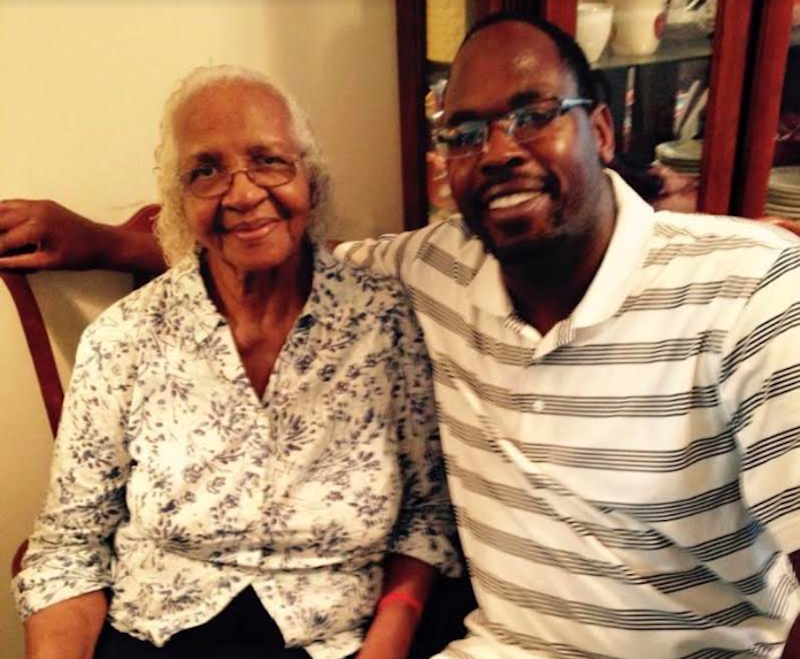 At the start of my grandmother’s presumed convalescence, the soundtrack was a rousing, communal gospel; 25 months later, that vigor had been replaced by brittle, heartbreaking classical pianos. A series of rehab center bedrooms gave way to her actual living room, now repurposed as a hospital dorm. Grandmother was asleep on her side, sinking into the mattress, her hours draining through an hourglass. Unsure of what to say, I murmured something about the soundtrack shift—but mostly, I sat, my hand on top of hers, remembering how this room had once been an adults’ visiting zone, the area where Christmas trees materialized every December, the center stage adjacent to the stairs where we grandchildren would leaf idly and glassy-eyed through a Sears catalog as thick as a phonebook. I’d just turned 41 and existing in that space had become synonymous with a growing realization that, eventually, it would be necessary for me to try to write about this.

During her funeral, as apostolic devotion rocked assembled mourners with Category 5 hurricane force, lovingly arranged displays of stemmed roses—red, white, and marvelously pastel, mildly translucent—captured my attention. Some poetic ideas shook loose that I was simply too numb to record, though I made note of the polished, black perfection of our dress shoes in that front pew: mine, my father’s, my aunts’ and uncles’. These were easier things to focus on than why I found it so difficult to fill to overflowing with the Holy Spirit or to access those emotional realms conductive to tears. It is easier to contemplate such things than it is to isolate memories that locate whoever you think you used to be.

Yet memories are not necessarily transferable. I can relate to you the experience of sitting with my grandmother at my cousin Anthony’s wedding reception in 2009, and watching my father—her eldest child—interact with others. “Your dad,” she said, smiling at me. “He’s a pretty good dad, isn’t he?” Yes, he is, I agreed. You read along; perhaps a degree of warmth has overtaken you. But how can you know that for me, as the narrator, this moment is a novelistic climax? How can you understand what this memory represents? How can I convey this to you in an effective way?

In a common room of the last of the rehab centers, Aunt Diane, grandmother, and myself sat together, and I shared a story. She made wonderful sweet biscuits, grandmother did, from some ancient Southern recipe. On one occasion, after freshly baked biscuits were placed on a plate to cool, my cousins and I seized and devoured them. Grandmother’s resulting howl of rage, upon discovering this, punctuates the recollection. (As the eldest of the male grandchildren at that time, I instigated enough Edmondson Ave. mischief to justify a memoir and to mint more than a few gray hairs.) Aunt Diane had forgotten this episode, but grandmother exploded in muffled, musical gales of mirth, nodding vigorously at the memory, tears gathering at the corners of her eyes—a sub-species of the magical full-bodied laughter and diction specific to the time and nature of her origin that so many of us still living recall with great fondness. This occasion, from late 2016 or early 2017, is the final, fully interactive memory I have of my grandmother.

In 1993 or 1994, family members travelled to South Carolina for a reunion. I’d purchased P.J. Harvey’s Rid of Me on cassette and spent much of the trip withdrawn, adrift in the trio’s thrall. “Have you accepted Jesus Christ as your Lord and Savior?” grandmother asked; it was a question she clearly wasn’t comfortable posing. I recall being bothered that she posed it, though I can’t quite remember my response.

Her funeral was held in the warm, steadfast church she helped to establish, a church I attended briefly as a boy but largely avoided because I found it exhausting and overly intense, emerging from services longing for peace and Tylenol. Over the decades, though, Victory Prayer Chapel has become a familiar oasis of comfort and stability in an increasingly uncertain world—and as long as it stands, my grandmother’s spirit remains among us. She told me once, when I was a teenager, that I was destined to do something important that would benefit other people—the exact wording is a lost mystery now—I believed her then, and still do, despite myself.