Why should my life matter less? 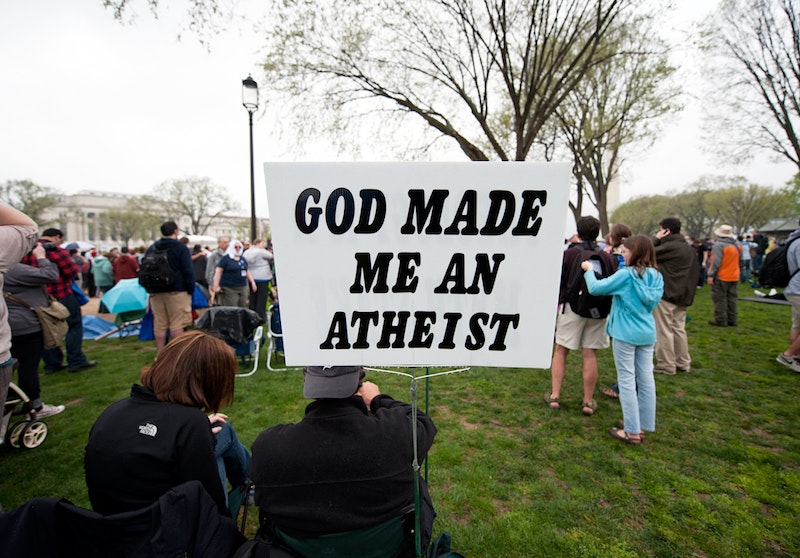 Last year the American Humanist Association announced three adjunct organizations as part of their social justice initiative: the Black Humanist Alliance, the Feminist Humanist Alliance, and the LGBTQ Humanist Alliance (of which I am a board member). This upset quite a few people, including the infamous YouTuber Carl “Sargon of Akkad” Benjamin who posted a video response calling this initiative “racist and sexist.” Another critic is Lucas Lynch who attended this year’s AHA conference and concluded that the AHA “is another organization dedicated to postmodern identity politics, not science and reason.” There are countless others I’ve met online whose arguments can be boiled down to one sentence: identity politics don’t belong in humanism. Do they have a point, or are they missing the mark altogether?

Since "identity politics" gets tossed around so much online, it’s best to define what the term actually means first. Wikipedia defines identity politics as “political positions based on the interests and perspectives of social groups with which people identify.” It’s a very vague term that can be applied to anything from black feminism and queer liberation to Zionism and Islamism, which is why it’s so hard to pin down what exactly people mean when they use the term. From what I’ve seen, some refer specifically to nationalism, supremacy, and separatism. Others use the term to mean any liberation movement focused on a particular identity, such as Black Lives Matter and feminism. As a humanist, I’m against the former but support the latter.

According to the AHA’s Humanism and Its Aspirations (The Humanist Manifesto III), humanists “are committed to treating each person as having inherent worth and dignity, and to making informed choices in a context of freedom consonant with responsibility.” Humanists also “seek to minimize the inequities of circumstance and ability,” and “work to uphold the equal enjoyment of human rights and civil liberties in an open, secular society….” As far as why I say nationalism, supremacy, and separatism have no place in humanism, the AHA says, “The joining of individuality with interdependence enriches our lives, encourages us to enrich the lives of others, and inspires hope of attaining peace, justice, and opportunity for all.” So unless I’m projecting my own SJW agenda, it seems pretty obvious that humanism includes equity for marginalized groups as well as science and reason.

(As a side note, humanism has always had a hand in social justice activism. For starters, civil rights activist A. Philip Randolph and writer James Baldwin were both black humanists. Also, the Feminist Humanist Alliance was originally the Feminist Humanist Caucus, which was established in 1977.)

Either way, I get annoyed when self-described humanists dismiss the fight for black lives and trans lives as petty identity politics and “boutique issues.”  If you’re a humanist who believes in the inherent worth and dignity of all people and you seek to minimize inequity, why not advocate for black lives, women’s lives, and LGBTQ lives? Does my life as a trans person somehow have less inherent worth and dignity, or my black friends, or my female friends? As I said last week, it would be great if we lived in a world without labels and everyone was equal, but that’s not reality. My friend Callie Wright of the Gaytheist Manifesto podcast—and former co-chair of the LGBTQ Humanist Alliance—said it best during a guest appearance on my podcast: We can fix problems unless we name them first. If you want to call that “identity politics” that’s your business, but to me it’s humanism.