A lesson from the classics. 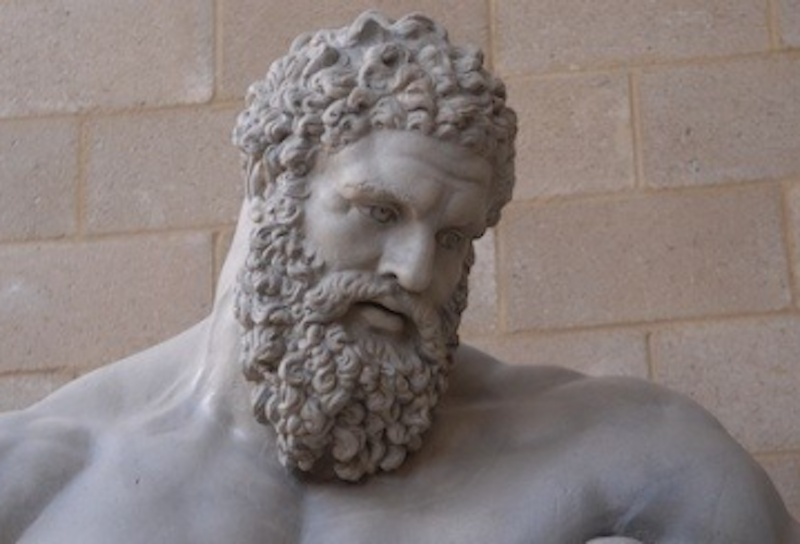 I’ve recently come to reflect upon the role of the marketing era in the propagation of the modern ideals of beauty. People care about their physical appearance mainly because they’re constantly exposed to standards of aesthetic perfection.This phenomenon clarifies two aspects of contemporary times. On one side, it explains the growing success of the health and fitness sector. On the other, it shows that people mostly rely on external goals—such as becoming well-looking and attractive—when they decide to subscribe to fitness centers. Later, however, a consistent lack of inner motivation and interest prompts them to often drop their gym subscriptions.

Can we fight this trend?

Modern beauty isn’t an invention of the media and marketing sector. Above all, the contemporary conception of masculine aesthetics resembles the ancient Greek and Romans: sculpted bodies, with six-pack abdominal muscles and bulging biceps. They were standards to keep up to at that time—as they are today—and they were depicted by artistic products, again as they are today by the media.

But can we really conclude whether these ancient and modern conceptions of beauty are exactly the same? A founding concept in the Western perception of aesthetics and body fitness is the Greek term kalokagathós, highly prized in ancient Athens. The word carries a complex meaning, since it’s the combination of two adjectives: kalós, which means “beautiful,” and agathós, with the meaning of “good.” The ideal of “the beautiful and the good” used to symbolize the union between the perfect aesthetics and the human virtues indispensable to achieve it, such as extreme personal commitment and dedicated effort, which are essential for muscular development and, ultimately, military effectiveness. Beauty was considered to be the natural and necessary outcome of human virtue, of an individual’s voluntary effort to achieve excellence. In Homer’s mythology, a hero’s beauty is the direct reflection of his exemplarity: the grandness of Odysseus’ shoulders and chest, Agamemnon’s handsomeness and dignity. Physical attributes and activities reflect mental ones, and vice versa.

Classical art is grounded in the same concept. As is brilliantly put by Heather Reid, ancient Greek artistic representations of muscular bodies didn’t depict real athletes, but rather the athletic virtues within them. Their courage, firmness, equilibrium and harmony were sculpted in marble, not their superficial muscles. Hellenistic and Roman leaders used to be considered living gods: Commodus eventually ended up treating himself as the reincarnation of the hero Hercules, as testified by the “Commodus as Hercules” marble portrait sculpture.

Ancient Greek and Roman pursuit of physical perfection was a means to express the absoluteness and pureness of their virtues.

Does the modern culture of body fitness reflect the kalokagathós principle? Analysis conducted in different western countries—including the US, UK, Canada and Finland—show a consistent lack of knowledge about physical activity recommendations among the population. In a study from 2003-2005 only about 26 percent (out of 10,117 participants) of American adults could correctly identify the guidelines. The knowledge of recommendations was low in two 2015 UK studies: either 15%, or 18% of the participants knew them, respectively. A 2019 survey reported that only 40 percent of young Finnish adult men are aware of the current physical activity recommendations. These data suggest that people don’t know how and why they should perform physical activity. Because of that, they may also end up adopting erroneous athletic habits. This means that many western countries lack effective strategies to convey paradigms of values to build athletic habits.

Altogether, these observations come as no surprise. It’s becoming more and more evident that, in western societies, the cultural relevance of the body is deteriorating. As I have discussed elsewhere, digitalization is causing an anthropological transition from the reign of bodies to the one of minds. When individuals aren’t in physical danger and most of their lifetime is spent inside intelligible, immaterial dimensions, a lack of fitness ethics is foreseeable.

There’s one more lesson to learn from Classics. A few months ago I visited an exhibition of two Neoclassical sculptors, Antonio Canova and Bertel Thorvaldsen, who lived between the 18thand the 19thcenturies. I spent hours looking at the perfection of the aesthetic features portrayed by their statues: elegant proportions, pure skins, Apollonian faces. I couldn’t grasp a grain of humanity.

This artistic effort highlights a concept particularly relevant to the modern gym subscriber: the impossibility to trace down humanity within a perfect shape. Classical and Neoclassical arts expose this aesthetic limit, by paradoxically trying to overcome it. They end up defining what aesthetic perfection is: the attempt to isolate the features of body ideals from real-life beautiful bodies, and then to re-propose them in a single artistic fiction. The effect is dehumanizing. Classical and Neoclassical arts have anticipated the modern sociological concept of body idealization, essentially disproving its relevance.

We should try to learn more from the classics. Not only modern western societies should work on building effective paradigms of athletic values to improve fitness habits among the population. They should also make use of the artistic heritage to unmask how dehumanizing extreme body ideals can be.