I Need a Salary Raise Or Something

It’s that perfect storm of words. 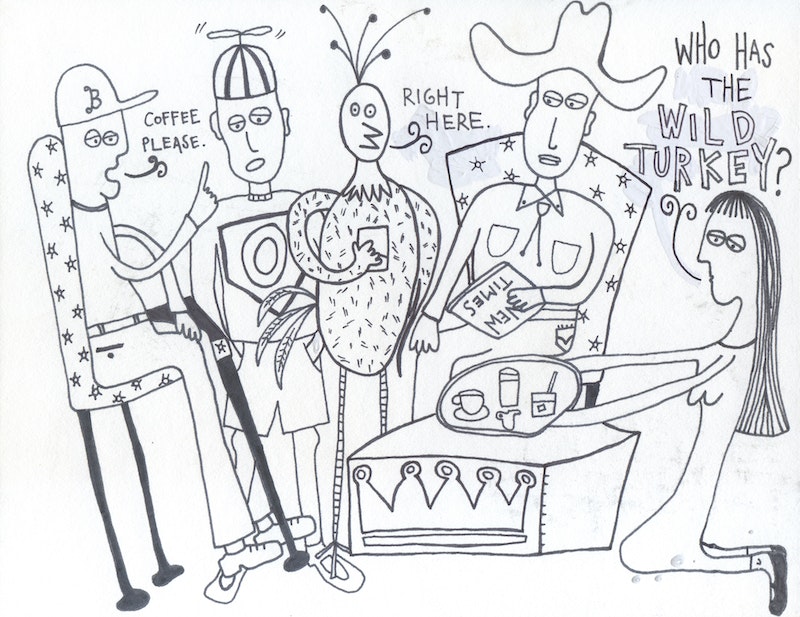 Last Saturday, I watched the awful Sharon Stone/Billy Baldwin “thriller” Sliver, a film redeemed only by occasional one-liners from Colleen Camp. Something that did perk up my interest in the Phillip Noyce/Joe Eszterhas bomb—the pickings were minimal—was Stone’s last line of dialogue, directed at Baldwin, “Get a life.” It was a popular, and irksome, cliché in the 1990s, one I noticed used at my office and in casual conversations with friends and acquaintances. It’s still seen on some social media posts, though not as ubiquitous as the still-going-strong “LMAO,” “LOL” or people trying to convey intelligence by adding the words “literally,” “deeply,” “utter” “quite” or “rather” to a sentence where they don’t belong. That’s persnickety, I know, and I wouldn’t ever “IRL” upbraid a friend for saying, for example, “She’s super-smart.”

“Get a life” was a precursor—although in a different context—to the equally annoying and rote “Thank you for your service,” directed at veterans or active military (although that’s petered out; perhaps Vietnam guilt has finally run its course) because it was decreed by someone, maybe Greatest Generation fetishist Tom Brokaw or CNN’s Jake Tapper, “that’s what you’re supposed to do.” No knock on the military in these quarters, although “Thank you for your service” would also apply to cops (out of vogue), firefighters or the sanitation engineers who pick up the trash. A few other violations of the English language, from the past, are “foodie,” “for sure,” “sinfully rich,” “guilty pleasure,” “perfect storm,’ “mother of all…” and “enjoy.”

When I was a college student, in the 1970s, one cliché that bugged me was, upon running into someone from the past and conversing, he/she would close by saying, “Have a nice life!” which I’d guess was youthful hubris or maybe simply optimism, since when you’re 19, a young adult, the future appears endless. I was waiting for an Amtrak at the Trenton station (after visiting my mom, who lived in nearby Lawrence) one Sunday in 1973, and had a forgettable two-minute “catch-up” with a girl from high school, and after trading initial college observations, tidbits of by-then useless gossip about people whose names I forgot, she, too, upon being called for a train to Boston, said “Have a nice life!” I was momentarily perplexed when finally on the train to Baltimore, drinking a beer and thinking “What a fucking stupid thing for Barbara (forgot her last name, even then) to say.” Harsh, I suppose, but the encounter was too rich.

In fairness, it can happen to you, and me, this unconscious cliché-slinging. One Wednesday morning in 1996, my late friend Don Gilbert, New York Press’ Production Manager, left a copy of that day’s paper on my desk. He folded back five different pages where one of our writers (including me, in “MUGGER”) had used the phrase, “So sue me.” I guess it was contagious, but I thanked Don, spoke to the offending parties—after lashing myself with a Thai whip—and at least “So sue me” didn’t appear in print for at least a year. Another time, maybe ’97, an associate editor, who was responsible for collating the voluminous number of letters-to-the-editor for the next issue, and on occasion responding if the correspondent’s facts were wrong or if NYPress had made an error. He led off with “Our bad…” and then groveled to some dipshit from the Upper West Side for a long paragraph. I looked at it, removed my glasses for emphasis, and said “[Name Redacted], please re-capture your youth (he was in his 20s, but was born to be 50 for most of his life) in your own time.”

One more note. When I was in high school, a common expression when something good occurred or a person cracked wise, was “That’s a pisser!” Regional to New York, I think, since later on, at college in Maryland, “pisser” had the opposite meaning, which was confusing. As in, “Professor Ferguson expects us to read a dense and boring 850-page Victorian novel in a week and write a 2000-word paper on it. In five days. What a fucking pisser.” I wonder if regional dialect has gone the way of regional cuisine: I think so, just an anecdotal jot that came to me, since people who’re from the North are prone to say, “y’all,” which, if I were from the South, I’d find egregious. But not as bad as appropriating “shite” from the Brits. Mercifully, the “at the end of the day” theft has abated, mostly, and I attribute that to Bill Clinton’s bag man Terry McAuliffe, who, on a talk show in 1996, used the term at least 30 times in a 10-minute segment.

My colleague Ken Silber noted on Twitter a week or two ago that a couple of new books about Watergate are out or will be published—makes sense, the 50th anniversary of the DNC break-in is coming up in June—and said, “Never enough books about Watergate!” Holy moly (cliché from the mid-20th century that’s now allowed, by my decree, to enter back into circulation), I’ve had enough on the subject, as entertaining and mystery-ridden as it was from 1972-74. In a recent New York “Intelligencer” column, an adaptation from a forthcoming book (Watergate: A New History), journalist/historian Garrett M. Graff attempts, badly, to make the case that the role of Bob Woodward, Carl Bernstein and The Washington Post in moving along Watergate’s multi-dimensional thread, has been greatly exaggerated, in large part because of the excellent film All The President’s Men. Graff correctly states that “Woodstein” weren’t exclusive to the story, citing The New York Times’ Seymour Hersh and Walter Rugaber, Time’s Sandy Smith and The Los Angeles Times’ recently-deceased Jack Nelson (who “spoke truth to power” covering civil rights) and even Walter Cronkite as instrumental to the investigation.

I figured that Graff must be an old pal of Nelson, in particular, and with the book is getting a final “injustice” off his chest. In fact, Graff is 41, born in 1981, and wasn’t alive when the long drama unfolded. Historians usually write about people or long-ago events from before their time, part of the job, but in this case, perhaps self-indulgently, it got under my skin—sue me!— since I followed Watergate very closely. It began when I was a senior in high school, and each day I’d drive a couple of blocks to buy the Post and Times, and it was almost all Woodward and Bernstein. Granted, once Judge John Sirica entered the fray, acting on a conversation with Watergate participant James McCord, leading to those best-of-the-decade live Congressional hearings, all the media hopped on-board.

Yet, in 1972 and 1973 (I was for McGovern and hoping for a miracle), it was The Post I turned to first and then the Times and newsmagazines. Undoubtedly, “Woodstein’s” role was overplayed, since they got the movie and wrote the first two books, but at this point it’s splitting hairs. It’s similar, in a 21st-century way, to who really started Facebook. It doesn’t matter: Mark Zuckerberg, for better or worse (the latter right now) was more ambitious than the Winklevoss twins, who are now a wealthy footnote and he won. Just like Woodward (a career of book-writing, his reputation diminished as he sometimes included imaginary conversations) and Bernstein (who never again wrote much of consequence, preferring the night-life to work).