The Threat Posed by Demons 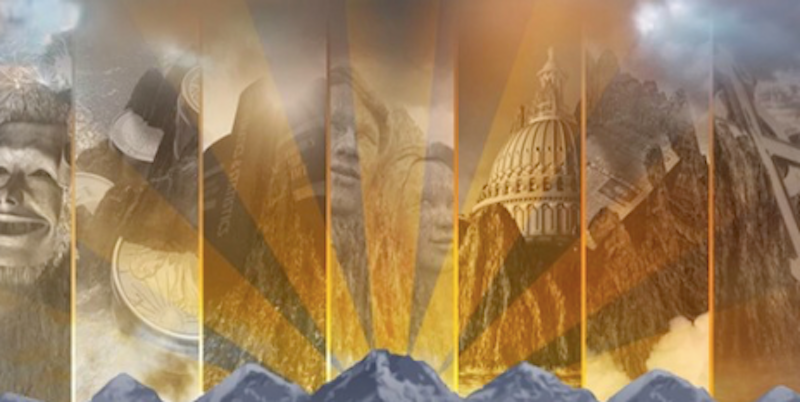 Decades ago, I met some Pentecostals from the Dominican Republic, and spoke to one of them, a man whose arm had been amputated. He told me he’d had a dream in which a man had come to him saying, “I need that arm.” He thought this was God talking to him. I was unconvinced by that interpretation, but in retrospect, the missing arm as instrument in an unfolding cosmic drama had a certain vividness, and I doubt anything I said to him was nearly as memorable.

I thought about that recently as I delved into Pentecostalism and charismatic Christianity, religious movements with which I’ve had little familiarity. My background’s essentially a mix of agnosticism and liberal Christianity, notwithstanding some early interest in an apocalyptic cult. I’m a member of the Episcopal Church, which began as the American offshoot of the Church of England; it’s a branch of Mainline Protestantism with liturgical similarities to Catholicism but less emphasis on hierarchy and dogma. One factor in smoothing my path to Episcopalianism, as I've noted, was more-conservative Christians’ criticisms of it as unduly flexible and tolerant.

The “relaxed religious,” as one typology calls some such as me, may pay little heed to demons threatening our world, but such entities get rapt attention in Christianity’s fastest-growing sectors. Pentecostals and charismatics, jointly called renewalists, are over 500 million people, and a quarter of Christians, worldwide. Their beliefs vary but stem from a conviction that the Holy Spirit enables miracles; speaking in tongues, as the Bible depicts Christ’s disciples on Pentecost, 50 days after Easter, is the archetypal example. Renewalists reject the “cessationist” view that the supernatural operates less-visibly nowadays than in Biblical times.

Such an outlook can be conducive to a belief in “spiritual warfare.” Ephesians 6:12 is often cited as a basis for such, reading (in the New King James Version): “For we do not wrestle against flesh and blood, but against principalities, against powers, against the rulers of the darkness of this age, against spiritual hosts of wickedness in the heavenly places.” For many, this is to be taken literally; that solving medical, financial and other personal problems requires action against malevolent entities that consciously caused the troubles. How to engage in spiritual warfare is the subject of a growing genre of books, with titles such as Combat Prayers to Crush the Enemy, 101 Weapons of Spiritual Warfare, Dangerous Prayers from the Courts of Heaven that Destroy Evil Altars, and Deliverance from Demonic Covenants and Curses.

As such ideas have spread, they’ve bled into the political realm. Some proponents of spiritual warfare discern that Donald Trump is a key leader in combating the infernal. In 2020, Paula White, a televangelist serving as White House religious advisor, caused a stir for remarks that included commanding, in the name of Jesus, “all Satanic pregnancies to miscarry right now.” She later explained this was a reference to demonic plans, not human babies. The Seven Mountain Mandate is a concept that Christians should seek control over government and other sectors of influence, often portrayed as under demonic control. Evangelical Christian commentator David French criticizes such trends for promoting authoritarianism and violence.

The prospect of contending with powerful entities of some sort is a fascinating one; it drives much science fiction and fantasy, as well as religious literature. Yet a major problem with undertaking to fight literal demons is that no negotiation or conciliation is possible, as the enemy can be regarded as pure evil. If other humans are seen as allied with, or embodying, such entities, they too may become targets to be attacked without mercy.

By no means do all Pentecostal or charismatic Christians take their views in such literal or political directions as sketched out above. Nor for that matter is belief in conflict with demons limited to those branches of Christianity; the Catholic Church famously conducts exorcisms, and the Episcopal Church advises people who may need one to contact clergy. But various forms of Christianity differ significantly in how they strive to counter evil, and the spread of a paranoid, political form of demon-hunting in 21st-century America is not a healthy development.