Putin’s Campaign Will be Great for the Orthodox Church

We Christians seek grace in moments of hardship and suffering. 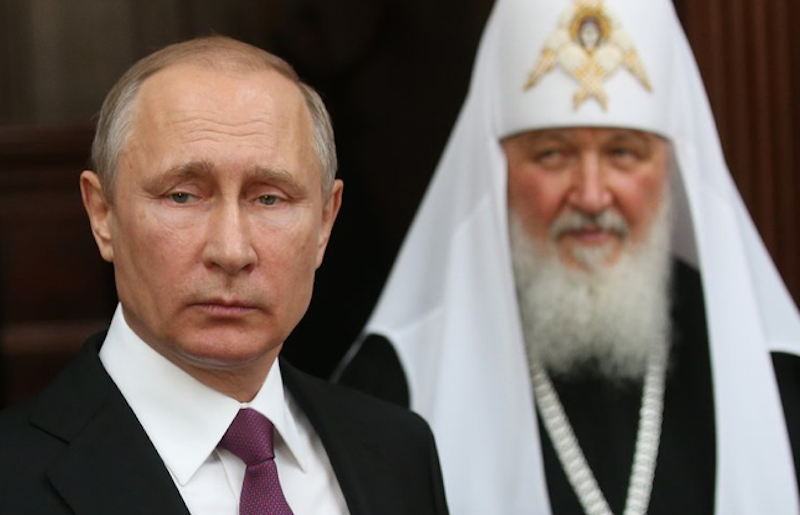 So the campaign against the Kiev Nazi regime and its accomplice people is underway. The world, at least the moral and non-insane part of it, breathes a sigh of relief.

There’s much to say, but one thing in particular strikes me: The prestige of Putin’s anti-Nazi campaign will, I suspect, be a great thing for the Russian Orthodox Church, Moscow Patriarchate. (For a discussion about how delightful Russian Orthodox mysticism influences Putin’s “crackerjack” team of decision makers, see this Economist article.)

One thinks of the “strong horse effect”: the phenomenon according to which, as no less a critic of neoliberal homofascism and transgender imperialism than Osama bin Laden put it, people are naturally drawn to root for the winning horse in a race. This effect is relevant to Putin and his (and my) church, both of them strong horses par excellence. But Putin and his (my) church also benefit from the good horse effect: the human tendency to admire, and gravitate toward, people and things who radiate what we might term a certain “moral charisma.”

The Church’s such charisma is, I should think, a thousand times strengthened since the Russian military started raining righteous retribution on the Ukrainian fascists. Its prestige, its sheer attractiveness, will only burgeon for its super-tight association with Putin’s defensive military operation. I wouldn’t be surprised to see tens of thousands of new American converts to the Moscow Patriarchate in the months ahead, making Russian Orthodoxy in the U.S. an entity with a dramatically heightened political and social influence, if admittedly still a distinctly minority religion.

We Christians seek grace in moments of hardship and suffering. The inevitable growth of my church is a grace, granted by a merciful God, in the midst of the merciless Ukrainian onslaught against Our Holy Mother Russia.

National conservatism, paleoconservatism: This, too, will gain strength in coming months as Americans associate it more and more with Putinism. In my more fanciful moments, I wonder whether we far-right-wingers have not found in Putin our own Reagan, a “happy warrior” who can translate our occasionally astringent political doctrines to the masses. The Putin that we all saw on TV this week—spitting wonderfully hateful words from a puffed-up face clenched with rage, issuing splendid threats of genocide and revenge and ethnic cleaning, skillfully alluding to the possibility of nuking Western powers—is going to be a wonderful recruiting tool for us paleocons.

If, that is, we’re wise enough to embrace him. Strategic and tactical acumen, much less self-promotion, has never been the strong suit of us paleoconservatives, but perhaps with God’s help (I’m thinking of holy grace again here) we will do better this time.

We paleocons and devotees of the Moscow Patriarchate have something very attractive to offer the world, and now’s the time to yell it to the skies, taking a page from the book of a rather vulgar but admittedly effective all-American boosterism: Come on, everybody! Look what we’ve got! We’ve got something great going on here! Join us!

Glory to the shock troops of Lugansk, Donetsk, and Crimea!