I’m Jealous of My Older Brother 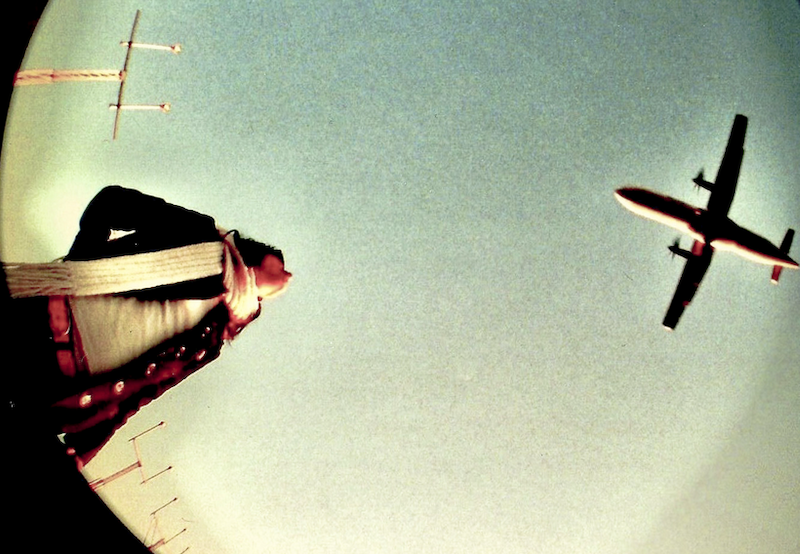 Every family has a Jesus Christ. Not in the religious context, but in the sense that this person is placed on a pedestal, with every accomplishment praised and admired. The qualifications you must have to be recognized as the Lord and Savior of your family include, but are not limited to: following in your fathers footsteps, financial independence, appointment of a special title such as “Airman of the Month,” and having an important career that involves using a lot medical jargon at the dinner table.

I’m talking from experience. My oldest brother Jacob is the pride and glory of the Kidwell family. This title came from a joke back in high school, when Jacob announced he’d be joining the Air Force just as our father had. After years of lovingly cramming military ideology down our throats, he’d finally convinced one of us to trade college for the good ol' USA. With Jacob joining the service, and unintentionally receiving all of our father’s affections, I grew jealous of him. It only worsened over the years, as he graduated boot camp and become a successful medical technician stationed in Texas. Back at home, any news relating to Jacob would be met with frowns by yours truly.

Competition and jealousy among siblings doesn’t seem out of the ordinary as long as the feelings don’t fester and turn into genuine disdain. Out of the three of us, it’s only me who’s aware of this imaginary contest held for validation and approval. Sprung from envy, the image of my older brother has twisted him into the Antichrist. It’s the best way to describe the unnecessary animosity that I harbor.

My parents have flown into frenzy since he's been home. Every time dad talks to him, there’s a sparkle in his eyes. He’s constantly smiling. You can tell how proud he is. They discuss work together, while Dad will go off on tangents about his time in the Air Force. Mom always makes sure Jacob’s well fed, and asks him about his personal exploits. Alex and Jacob will sit on the couch and watch American Dad, or play Halo and drink a few beers.

Despite everything, Jacob is the sibling that I consider myself the closest to. He’s been home for over a week and a half now on leave. During this time, we’ve visited Baltimore to eat ramen and shop for vinyl. We’ve gone to downtown Frederick to eat ice cream outside and visit a bar together. He pays for everything. While perusing the aisles of a particularly expensive clothing store, I pull a crop top from the rack. Jacob hovers behind me, looking over my shoulder. “If you want it, I’ll buy it.” The tiny piece of cloth cost $60. “No, that’s too much,” I insisted, and placed the shirt back. It shouldn’t have bothered me, but I was uncomfortable with how much money he had to spend. His savings basically crushed mine into the dirt.

A few weeks ago, a story I’d written elicited lots of attention and opened the door for an amazing opportunity. Ecstatic, I rushed downstairs to tell my parents. They happened to be on the phone. Waiting patiently (and also eavesdropping), it turned out that Jacob was awarded “Airman of the Quarter.” Offering my small feat to them felt less exciting, overshadowed once again by big brother.

But comparing accomplishments is silly. When he gets a commendation by a higher-up for recognizing harmful bacteria and eradicating it, that’s completely different than writing a very popular article. His feat does not outweigh mine in the slightest. The competition for constant praise from our parents was born through the unnecessary jealousy I held for his impressive feats. Working on the revelation that we’re not really competing is going to be a challenge.