Americans are a simple-minded people. 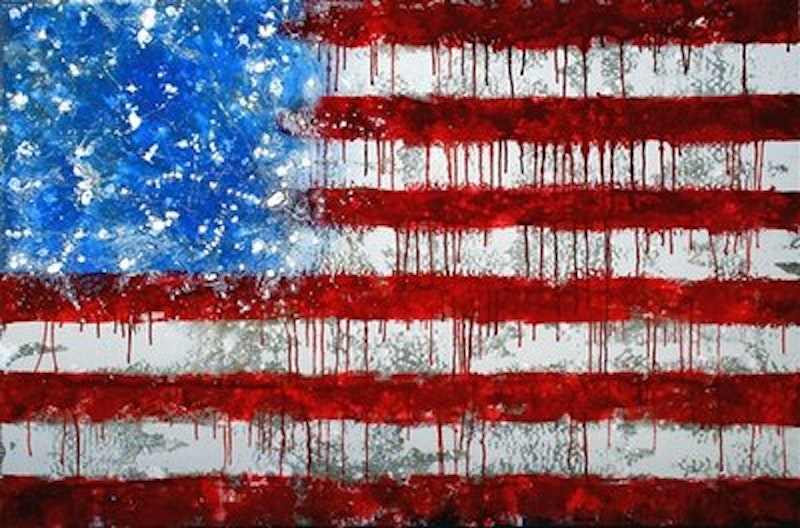 Watching Americans grapple with moral complexity is like watching a monkey trying to figure out a Rubik’s cube. Americans are a simple-minded people, disinclined toward the study of history or philosophy, imbued with a fiercely Puritanical distrust of leisure and the opportunity for self-reflection. Americans prefer their moral choices presented in stark black and white, good versus evil, with no nuance. Americans see themselves as the Divine Nation, Zion: that is and was the philosophical core of Manifest Destiny, the inherently psychopathic delusion of American exceptionalism. America is not a nation. A nation is defined as a geographic region inhabited by a people sharing a common heritage. That definition ceased to apply here as soon as the first European colonials arrived, like swarms of Orcs from the East. The history of the Western Hemisphere is like Lord Of The Rings gone wrong.

In a mere 200-odd years, the USA transitioned from a small group of disparate colonies warily united against a foreign despot despite a great deal of mutual antipathy to the most well-armed and bloodthirsty empire the world has ever known. Our Civil War served as the crucible, the baptism of fratricidal bloodshed that would endow us with the mutual covenant to proceed west on a campaign of genocide unlike anything the world has seen before or since. Our completely unnecessary entry into the European internecine conflict known as World War One resulted in the evisceration of Europe and the Ottoman Empire, resulting in the horrific bloodbath of World War Two, the 40-year Cold War against the USSR, and the ongoing disaster in the Middle East.

Ask typical Americans about any of these events, and you’ll get a dumbfounded look, if you’re lucky. If you’re not lucky, you’ll get your nose broken. Americans can rattle off arcane details of sporting events long past or which current celebrity is in rehab, but most of them are completely unaware of the fact that Iran hasn’t initiated a war of aggression in over 200 years, or that one-third of the Palestinian population is Christian. Most of these morons think that Russia “annexed” or “seized” Crimea, blithely unaware of the national referendum in which Crimeans voted nearly unanimously to rejoin with Mother Russia. They think the Charge Of The Light Brigade was a sale on CFL bulbs at Home Depot, if they think of it at all.

Some of them read books, fiction mostly. Mostly bad fiction; sometimes great fiction, under the duress of a high school assignment. Most Americans of a certain age are familiar with the greatest one-hit wonder in American literature, Harper Lee. Her To Kill A Mockingbird is the very definition of “beloved masterpiece.” Like most people with an IQ above room temperature, I have my suspicions regarding the release of her earlier rendition of the story, Go Set A Watchman. Had she wanted it published, she most certainly would have released it before now. As things stand, America has its knickers in a twist not over the exploitation of a dying woman who is clearly non compos mentis by her guardian, but over the presentation of a classic American icon of justice, Atticus Finch, as an unrepentant and open racist. They cannot comprehend how a man could at once be devoted to justice and harbor racist beliefs. They don’t grasp the difference between active and passive bigotry. They don’t know or care to know that Sen. Robert Byrd of West Virginia, former Klansman, was the only man in the Senate with the guts to stand up to the tyrant George W. Bush when it really counted, when W was at the peak of his cornpone Caligula impersonation.

They think that Vlad Putin is a “bully” because he thwarted our ambition to topple the secular government of Syria on our crusade to Tehran, because he busted a pack of George Soros-backed mercenary sluts for desecrating a cathedral, and because he refuses to surrender the ancient Russian nation to the cultural imperialism of the morally flexible multicultural American Empire.

They think that single mothers on welfare and food stamps struggling to survive and feed their kids are deadbeats, but think nothing of subsidizing multi-million dollar stadiums for the bloated and completely unnecessary National Football League, a non-profit corporation which pays no taxes and provides steroid-laden wife-beaters, animal abusers, and rapists with extravagant salaries for inflicting concussions on one another in public.

When I think of the incredible hubris of this country and its anencephalic and heartless citizenry, I think of the Greek goddess Nemesis, and an old Elvis Costello lyric: “She’s filing her nails while they’re dragging the lake.”