America Is an Illusion

Stare at it long enough and it vanishes. 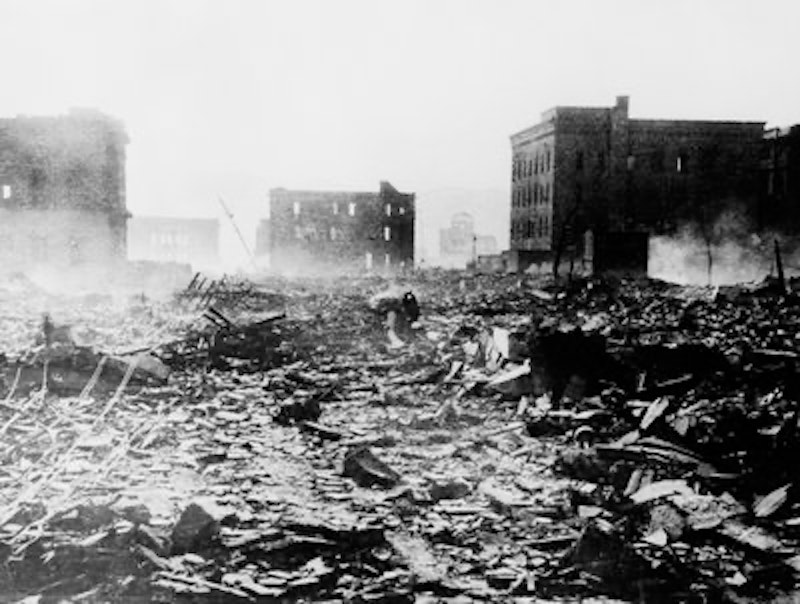 It’s been said that if you could transport a typical American couple from the 1950s into today’s America, what would most astound them would be the fact that nearly all of us are walking around with computers in our pockets that can access all of the world’s knowledge from nearly anywhere, and we use these devices to post pictures of cats and meals we’ve eaten and argue with strangers on the Internet. There’s a recent development that would blow their minds even more: open discussion at the highest levels of government of the feasibility of victory in a nuclear war with the Russians.

Back in the 1950s, when America was great, riding tall in the saddle after World War II, we all knew that a nuclear war would be suicide. What possible form could victory obtain in the blasted desolation of the aftermath? Is it really possible that no one in the corridors of power today has read Jonathan Schell’s Pulitzer Prize-winning 1982 bestseller The Fate Of The Earth? There’s a lot of personnel overlap between the Zionist neocons behind the pre-9/11 call for “a new Pearl Harbor” Project for a New American Century and the joint neocon/neolib push to destabilize and encircle Russia. Zionist power couple Robert Kagan and Victoria Nuland are the prime movers and shakers in this effort. My best guess is that, like their wacky Evangelical supporters, the Zionists think that their God will protect them from humongous explosions and massive clouds of radioisotopes. Since their God can’t even protect them from drag queens in public restrooms or lunatic racists on SSRIs with guns in church, I wouldn’t put too much stock in the protections offered by their God.

It was the semi-retarded coke and booze-addled closet homosexual Boy King George W. Bush that authorized the shift in American nuclear weapons strategy from MAD (Mutual Assured Destruction) to First Strike capability, a previously unthinkable goal except in the minds of recognizably dangerous psychopaths like Curtis LeMay or Lyman Lemnitzer. His timing was uniquely poor: the American military was stretched to the breaking point decimating the Middle East for the cause of Eretz Israel. The American military-industrial complex was cashing in on practical weapons systems that are deployed and used, in need of constant replacement. Nuclear weapons are to arms manufacturers as antibiotics are to Big Pharma: not a particularly lucrative source of income. You make them, and they stand on the shelf waiting to be used.

While we were busy smashing everything between the Nile and the Euphrates, Russia was tuning up their nuclear arsenal, developing bigger and better warheads and virtually unstoppable delivery systems. A state-of-the-art nuclear arsenal is one of the benefits of having a defense industry more concerned with actual defense than shareholder value. The Russian military has the edge in every conceivable way. They’ve been preparing for a first strike since we changed our policy. Our military is too busy chasing Pokemon in the Sandbox to get anything done. Our wars are theater, elaborate psy-ops for public consumption, American Idol with bullets and drones.

America’s an illusion, a mirage: stare at it long enough, and it vanishes. Russia is as real as a Moscow winter, and history has not been kind to her adversaries. If there’s just one takeaway from European history, it’s this: don’t poke the bear.